A delighted Angelo Mathews, the former Sri Lanka captain, celebrated his ninth Test century with push-ups, making a statement to those questioning his fitness and place in the side.

Mathews was unbeaten on 117 at the end of the fourth day of the first Test against New Zealand in Wellington, combining with Kusal Mendis (116 not out) to bat all through Tuesday, December 18, to rescue Sri Lanka from a perilous 20/3 after falling 296 runs behind on first innings.

A boundary through mid-wicket brought up his milestone in 248 balls, and Mathews marked it by dropping to the ground and doing 10 push-ups. Then, beaming, he flexed his muscles in the direction of the dressing room.

Mathews had been stripped of captaincy and dropped from the Sri Lanka ODI side after their early exit in the Asia Cup. Coach Chandika Hathurusingha had been scathing, questioning how “cricket fit” he was and saying his poor running between the wickets had resulted in a “world record” number of run-outs. 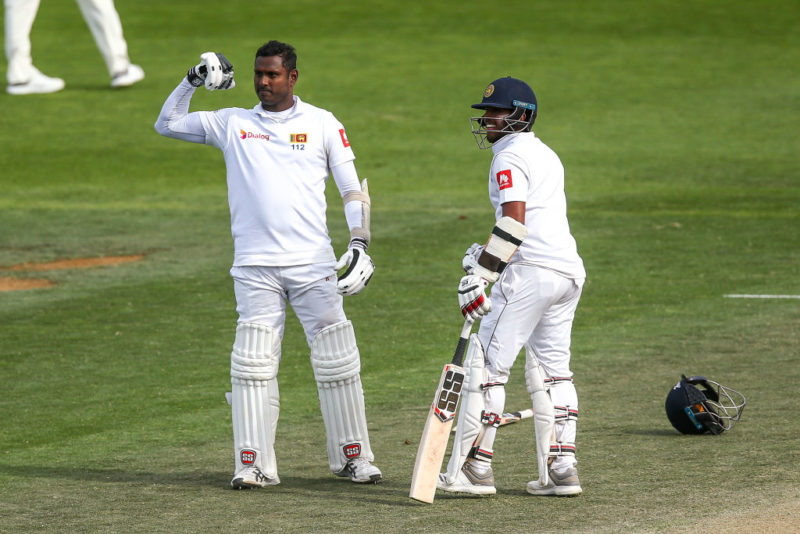 The all-rounder had made no secret of how hurt he was by the assessment, resentful of being made the “scapegoat” for the loss. Following a good run in the Tests against England, he brushed aside praise from the coach about his improved fitness, insisting he was doing nothing differently.

“My stats will speak on behalf of me,” he had said, marking his fifties in that series with a gesture to mean that his bat was doing the talking.

What an effort by @Angelo69Mathews and @KusalMendis1 keep going. Under pressure showing maturity and class.

Tuesday’s was another sign of how determined he is to seal his place in the side. It was only the 22nd occasion in all of Test cricket where no wicket had fallen the entire day. And, having put his team in with a good chance of pulling off a draw when the situation looked dire, Mathews can afford to believe that his point has been well made.