Joe Root’s ‘bat drop’ celebration might have been an entertaining way to sign off the ODI series win against India, but England’s Test captain is already regretting it. “It’s the most embarrassing thing I’ve done,” he said.

Root struck the winning runs, while also bringing up his second century of the series in the third ODI in Leeds. It marked a turnaround in a summer where he has struggled to cross fifty. But he doesn’t think it called for the kind of celebration he put on.

"I’ve not heard the end of it, it was literally the most embarrassing thing I’ve done on a cricket field."

“It was something that I immediately regretted,” he admitted. “I’ve not heard the end of it, it was literally the most embarrassing thing I’ve done on a cricket field. I don’t think it will be the last I hear of it from the group – they’ve been hammering me.

“You’d think if you were going to do a celebration like that, you’d have smacked it 30 yards out of the ground. It was just an absolute car crash.” 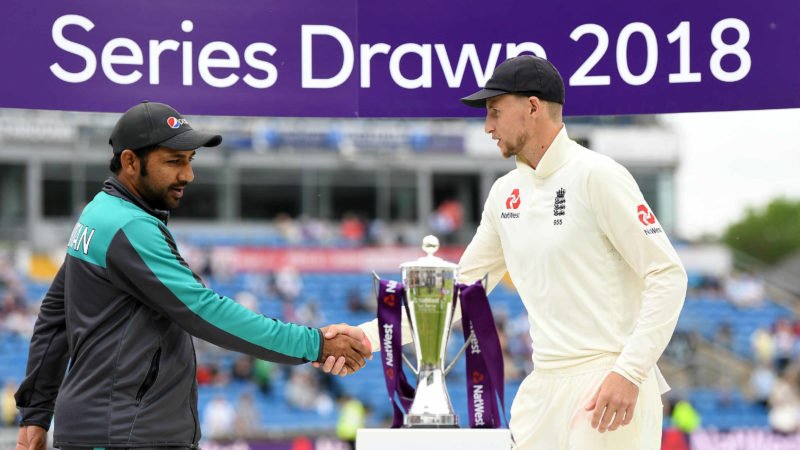 Root will be hoping his cheeky gesture doesn’t fire up the Indians ahead of the five-match Test series that starts on August 1. He’d like the focus to be on carrying forward England’s form, not only from these ODIs, but also the Test series against Pakistan earlier in the summer when they came back from 1-0 down to level the series.

"If Ben’s fit to play, he’ll be up for selection."

“Maybe slightly [there will be a psychological edge] for the guys that have been involved in the ODIs, but it’s a completely different format. I think more importantly (we should) take all the good stuff we did in that last Test here against Pakistan and try to replicate as much of that as possible.

“The way we approached it as a group, the mindset and attitude left us a good benchmark. That’s what I am going to put to the guys: how can we take that forward now?” 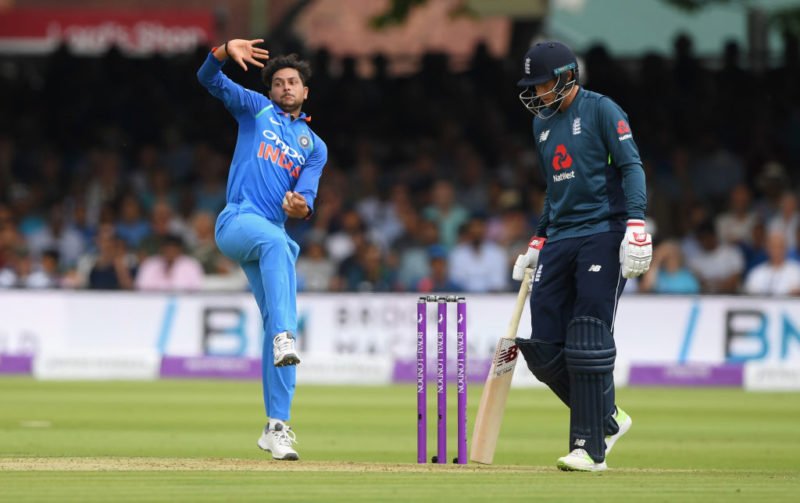 ‘I felt like I was picking Kuldeep Yadav fine’ – Root

One of England’s challenges will be to tackle India’s spinners. Kuldeep Yadav, who made their lives difficult in the limited-overs matches, finds a place on the Test squad. Root has been dismissed twice in three matches by the left-arm wrist spinner, but his two hundreds suggest he’s figured him out.

Related Story: Stokes: Leading England would be a huge honour, even if it’s only the once

“I looked at the three balls I faced and got out to – one thing that’s very easy to do is over-analyse things, over-think things,” said Root. “I felt like I was picking him [Yadav] fine and when you look at it for what it actually was, both games my movements weren’t quick enough and I wasn’t getting close enough to the ball, either going forward or back.

“The best players of spin in the world, their footwork is always sharp and when that contact point is there, you’re as still as possible.” 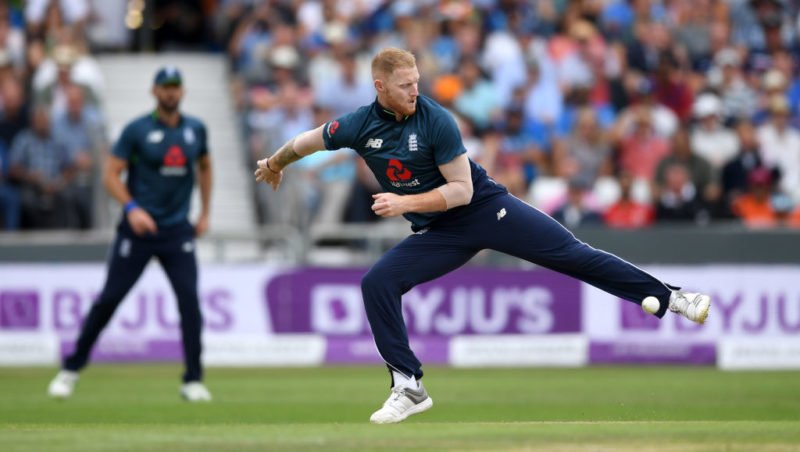 ‘He loves being out there, he wants the ball all the time’ – Joe Root on Ben Stokes

Another concern for England in the Tests is the availability of Ben Stokes. The all-rounder’s trial for the affray charges he faces over the incident in Bristol begins a day after the scheduled close of the first Test. Root, though, said the team weren’t concerned that Stokes would be too distracted to feature in the Test.

“We are going to pick our best team and make sure we go into that series with the strongest squad,” he said. “If Ben’s fit to play, he’ll be up for selection. He loves playing cricket, he loves being out there, you can see when he’s on a cricket field he’s fully engaged with what’s going on. He wants the ball all the time. He wants to be involved in what’s happening and I’m sure that will be exactly the same throughout that game.”