Four-day Tests, yay or nay? Following reports that the ICC is considering making four-day Tests mandatory for the ICC Test Championship from the next cycle, responses from players and officials have ranged from cautious acceptance and a willingness to try to a hard no.

According to a report in ESPNcricinfo, the ICC’s cricket committee will soon propose reducing the number of days for a Test from five to four, from 2023. The day saved is expected to help reduce costs and free up time for more limited-overs cricket, either through a proposed extra ICC event, bilateral cricket or domestic T20 leagues. It also makes scheduling easier, with Tests being played in a Thursday-Sunday window, and a day’s cricket to have 98 overs, as against 90 now.

In recent years, England and Ireland played a four-day Test at Lord’s, which England won after a first-innings scare, while South Africa brushed aside Zimbabwe.

The selection panel pores over who should make the XI in our final Decade in Review special.https://t.co/U2gwNVzAPa

Supporters of the proposal have pointed out that more and more Tests are finishing inside four days anyway, especially since 2018 – around 60 per cent of them. Even among Tests that have gone to the fifth day, several have been affected by weather and have seen fewer than 360 overs (four full days of cricket) bowled.

However, some of the most memorable matches recently, such as Sri Lanka’s one-wicket heist against South Africa in Durban and England’s Ben Stokes-led Ashes thriller at Headingley, have offered fireworks on the fifth day.

Here’s what the verdict on the idea has been from players and officials so far.

“I think the administrators and broadcasters have got to look at the best way to preserve Test cricket. It’s the best form of the game, so how can we maintain that and keep moving the game on? If that’s the option, moving it to four days, that has to be looked at. I like that it’s five days, when you get a fantastic Test that finishes on day five with all three results possible there’s nothing else really like that in cricket. As with everything, times change, things change, and the game has to evolve with that. Everyone has to be open to change if that’s what is needed.”

‘Ridiculous, I’m totally against it’

“Ridiculous … I’m not a fan. I believe you’ll get so many more draws and day five is crucial. One, there’s the weather element. But the wickets these days are probably a lot flatter than they have been in the past, so it allows teams to bat longer and to put pressure on sides … You need time for the pitch to deteriorate and bring spinners in more on day five as well. I’m totally against it and I hope ICC aren’t even considering it.”

(As told to Unplayable Podcast)

“We might not have got a result in the Ashes had we done that (played four-day Tests). I think that’s the point of difference with Test cricket. It’s five days, it’s harder mentally, it’s harder physically and it tests players more than the four-day first-class fixtures do. I think that’s what it’s designed to do. I hope it stays that way.” 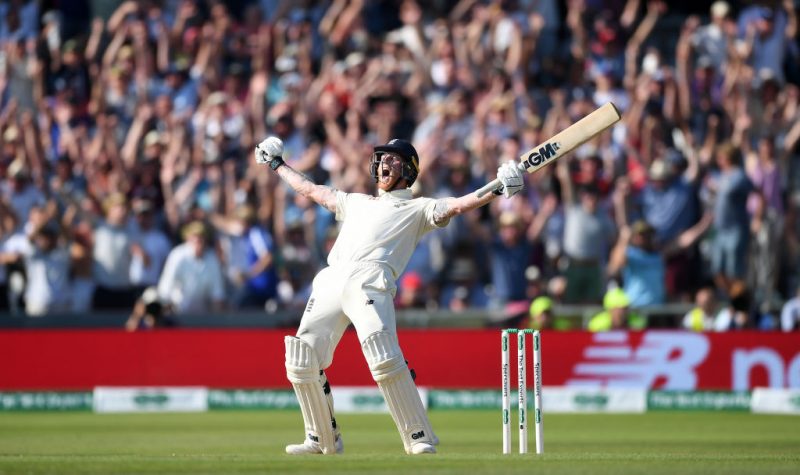 “I do think it’s worth trialling. It might not always make sense for England to play it, especially if it’s against Australia or some of the bigger sides. But it might draw a bit more interest to some of the sides who struggle to get people into the grounds … You should be open-minded enough to at least try it and see how it goes.

“I love playing five days of cricket; personally, I think it’s the best format. The extra day really does make sure that the majority of the time that the best team wins the game.”

(As told to Sky Cricket)

‘Can’t be driven by emotion’

“It is something that we have got to seriously consider. It is something that can’t be driven by emotion, but it needs to be driven by fact. We need to look at what’s the average length of Test matches over the past five-10 years in terms of time and overs. We need to look at it very carefully and perhaps it is more likely than not in the mid-term future.”

(As told to SEN radio)

England and Wales Cricket Board

‘It could be a sustainable solution’

“We believe it could provide a sustainable solution to the complex scheduling needs and player workloads we face as a global sport. We’re definite proponents of the four-day Tests concept, but cautiously so, as we understand it’s an emotive topic for players, fans and others who have concerns about challenging the heritage of Test cricket.”

(As told to Daily Telegraph)

“First we will have to see the proposal, let it come … It’s too early to say. Can’t comment just like this.”