Dwayne Bravo has reversed his decision to retire from international cricket, announcing that he is in talks with the West Indies management, with the aim of returning to the side ahead of the T20 World Cup 2020.

In October 2018, Bravo had said he would no longer play international cricket, and prioritised his career as a T20 league freelancer. He last played international cricket in 2016, but injuries played a part in his absence, as did his issues with the Dave Cameron, the former Cricket West Indies chief.

However, with Ricky Skerritt becoming CWI chief in March, and the team’s impressive performances in T20Is under new captain Kieron Pollard, Bravo is hopeful of making a comeback to the side in time for the T20 World Cup.

“At the halfway stage West Indies were 32-2, and Samuels was 20 off 32. Then he flicked the switch.”@Ben_Wisden on the day Marlon Samuels won West Indies their first world title in over 30 years.https://t.co/O3VuT4v2fK

“Looking forward to playing international T20s only, and represent West Indies again in the shortest format,” Bravo told Cricketnext. “[I] spoke with the coach, the captain, the new president. So definitely, it’s something on the table. It’s no secret that this announcement has come as a result of the changes made at the administration level.

“For a while now, I have been contemplating my return to international cricket and my decision was solidified by these positive changes.”

Pollard being captain has contributed to Bravo’s willingness to return. “[If Pollard] has to take someone out of retirement, if it means he has to pick a young team, if it means he has to mix youth and experience, he will do whatever it takes as a captain to have the best possible XI play for the West Indies.” 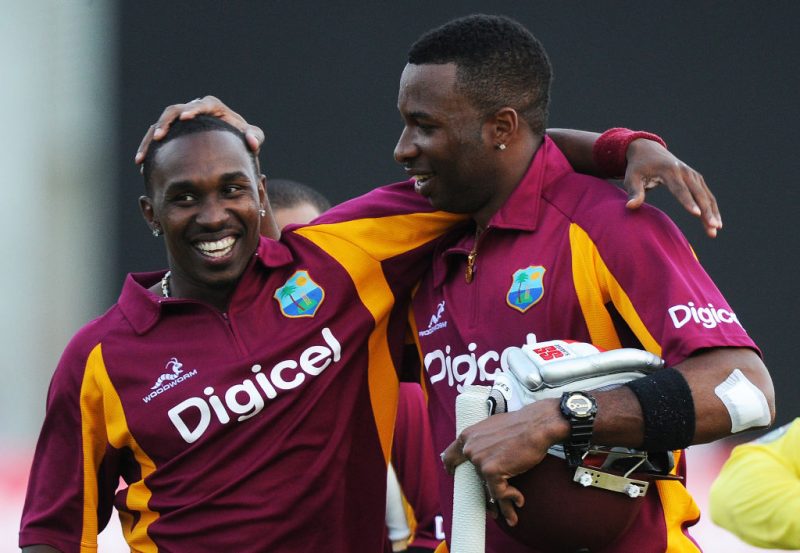 Bravo is 36 now, and though there are regrets at missing international cricket the last few years, he believes he can still deliver his best. “Because of my finger injury I wasn’t able to play a lot of cricket this year. I’m looking forward to 2020,” he said.