All-rounder Ellyse Perry took an astonishing seven wickets as Australia romped to victory in the third ODI in Canterbury on Sunday, which secured Australia a 6-0 series lead in the Women’s Ashes.

Australia defeated England by a mammoth margin of 194 runs in a particularly ruthless display, with Perry illustrating why she is regarded as one of the leading cricketers in the world.

Australia posted a mighty total of 269 in the first innings, with Alyssa Healy and Meg Lanning both scoring half-centuries to set England a record chase, before Australia skittled the hosts for a paltry 75.

Perry’s first spell devastated England’s under-fire batting line-up, as she claimed five wickets for just twelve runs in six overs, including the scalps of Amy Jones, Tammy Beaumont, Heather Knight, Sarah Taylor and Danni Wyatt. She then picked up her final two wickets in her second spell to give her career-best figures of 7-22. 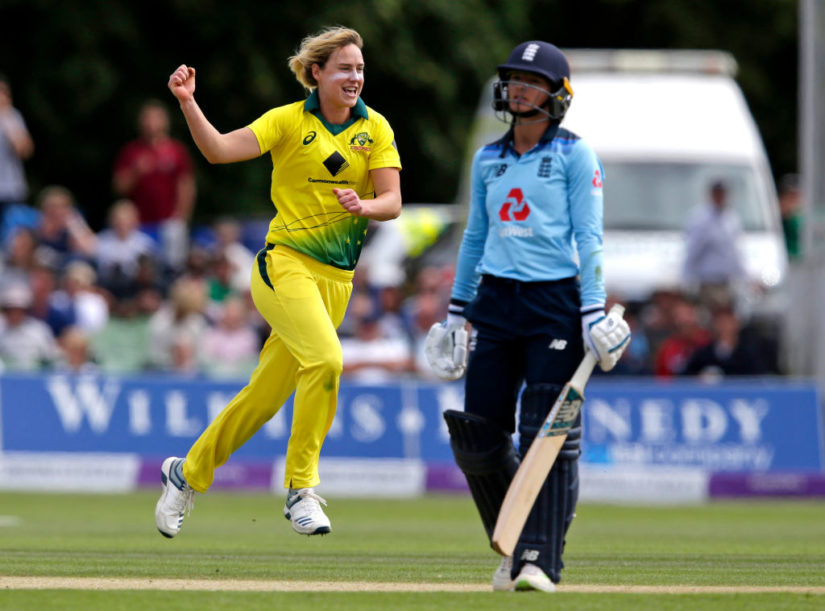 “I honestly think today just went my way, which is nice, but across the series there has been some great performances and for us to start the way that we have, and be six points clear, is the absolute dream start, so all of us are really chuffed – myself especially,” said Perry after her heroics.

“We’ve got some really clear plans around the way that we want to start. Everyone just knows their role. It’s both [technical and mental]. I don’t think that you can do one without the other.”

With a solitary Test from July 18 and three subsequent T20Is remaining in the series, England have a lot of work to do to put an end to Australia’s undefeated run.