The England team management have banned football from being played in training sessions.

The decree follows opener Rory Burns having his tour ended after injuring his ankle ligaments during a warm-up kickabout, one day before England’s second Test against South Africa at Cape Town.

Jonny Bairstow is another to have been ruled out of England action by a football injury, missing the start of England’s 2018 Test series against Sri Lanka with a twisted ankle, while Ollie Pope was lucky to avoid a similar fate after getting clattered by Matt Parkinson the day before the Burns injury. 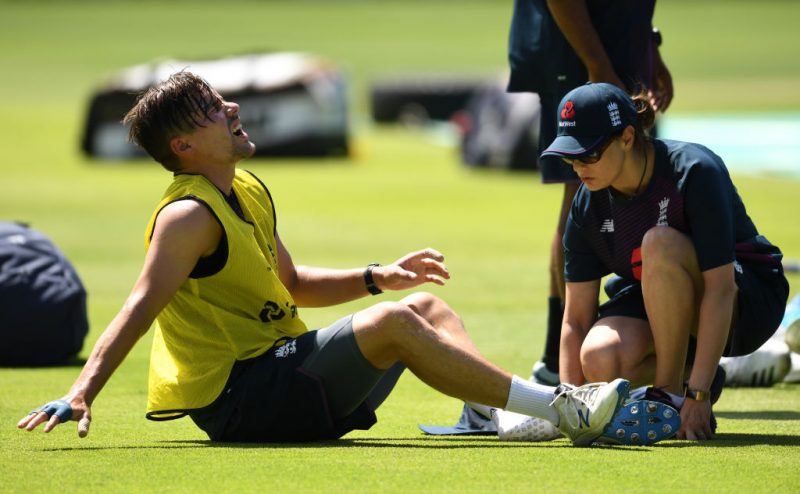 Ashely Giles, the ECB’s director of cricket, has long made his displeasure of the beautiful game clear. “If you look at what football does, the benefits from a psychological and fun point of view are outstripped by the dangers from it,” he said when taking up his current role.

Related Story: ‘I was sweeping in the house’ – Steyn makes strange addition to injury list

The ECB have reportedly denied they have disallowed all counties from warming up by playing football, saying that’s a decision for the counties themselves to make. They are yet to name a replacement for Burns in the squad.

Analysis – However you feel about football, Giles comes off poorly

However you feel about the specifics of England’s training methods, this is a decision that reflects overwhelmingly poorly on Ashely Giles, England’s director of cricket. He made his disdain for playing football apparent as soon as he took the job, but couched his criticism in an attempt to shield himself from criticism. “I don’t want to be blamed for losing the World Cup because we are not playing football,” he said at the time of his appointment.

If he felt strongly that playing football could be to the detriment of England’s success, he should have already outlawed it. If he had been convinced that the psychological benefits outweighed the dangers inherent in kicking a ball about, this shouldn’t have changed anything. Using a players’ injury as his chance to do something he always wanted is opportunistic, and perhaps speaks of a lack of authority. One hopes that when it comes to more important decisions, and hard as it might be to believe right now, there are plenty, Giles is able to be more forthright in enacting what he believes to be the right course of action.