Eoin Morgan, the England captain, said that the team’s recent victories over Pakistan, and the manner of the triumphs, come as a huge boost for the their confidence in the lead-up to the 2019 World Cup.

Twice in the series, Pakistan have scored in excess of 350, and on both occasions, they have been outclassed. In the last of those triumphs, in the third ODI in Bristol, Imam-ul-Haq scored 151 to power Pakistan to 358, which a Jos Buttler-less England chased down with five overs to spare, courtesy a rapid Jonny Bairstow century. Buttler himself was enjoying a rest after his manic 55-ball 110* had hauled England to a mammoth 373 in Southampton, and set up their eventual 12-run win.

“When guys perform like this, it builds confidence within the changing room,” Morgan said. “With regards to looking ahead, that is a really positive thing for our group.”

With two victories in the bag, England have an unassailable lead in the five-match series, after the first game was washed out. They are likely to use the remaining two matches to give game time to more players.

“Hopefully, we’ll see Mark Wood – his preparations have been really good,” Morgan said. “There will be more opportunity for Joe [Denly], hopefully, in the next two games. Being such a small ground, we only tend to play one spinner here – obviously, Moeen played as well, and we had the luxury of having Joe as the allrounder. So it’s unfortunate that he only bowled one over, but I think he’ll have a chance again in, hopefully, one of the next two games.”

Bairstow, who engineered the chase with a masterful 93-ball 128, featuring 15 fours and five sixes, was pleased with the ease with which his side chased the total down. Bairstow laid down the foundation early, forging a 159-run opening partnership alongside Jason Roy.

“To knock 360 off with five overs left is really pleasing for us,” he said. “You want to be going on and getting 160 or 170, and potentially 200, and seeing your team through. That’s where we’re at as a group of players at the moment, having competition to go and get the 150s and 160s, and beyond.” 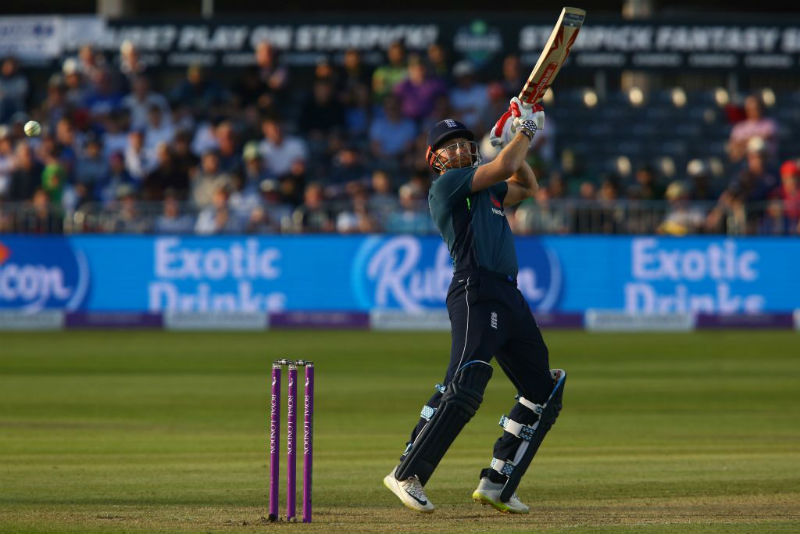 Bairstow came into the series on the back of a prolific debut season in the Indian Premier League. He plundered 445 runs from 10 matches at 55.62, striking at 157.24. He said that his time in the league had given him new avenues to learn.

“I genuinely loved it, being over there. You are able to learn different things from different coaches and different players that are quality within their own right,” he said. “So if you’re able to keep learning from them, as well as the guys over here, then that can only be a good thing. And playing under that pressure and expectation, hopefully, can only help.”