With bushfires raging in the region, the threat of smoke disruption during the Sydney Test between Australia and New Zealand remains strong. Cricket Australia, however, have declared that they will prioritise the health of players and spectators if conditions are hazardous, and paid tribute to those affected.

Over a thousand homes in New South Wales have been destroyed in recent weeks, lives lost and a state of emergency declared in the region. Conditions in an already hazy Sydney are expected to worsen on Saturday, the second day of the Test.

While it will be up to the match referee to take a call on suspending play if air quality gets poor, Cricket Australia said they had a process in place to help him make that call.

“Basically, when it goes smoky, we’re coming off,” Tim Paine said on Thursday, even as he deferred to the wisdom of “world-class doctors and people that are put in place to make those decisions”.

"The firefighters have been the real heroes of this summer"

“We won’t be putting the players’ health at risk, nor will be putting the health of match officials or fans at the match, or our own people, our own employees, at risk,” said Kevin Roberts, the Cricket Australia chief executive. “That’s something we’ll be monitoring consistently throughout the five days’ play.

“This is quite a unique situation. But we’re as confident as we can be that we’ve got the right expertise around us and that good judgment will be exercised and the safety of everyone at this great ground will be put first … Really, we need to be treating this like rain delays.”

The dire situation has prompted a firm acknowledgement from both teams that a game of cricket means little at such difficult times, yet can offer some solace to those affected. 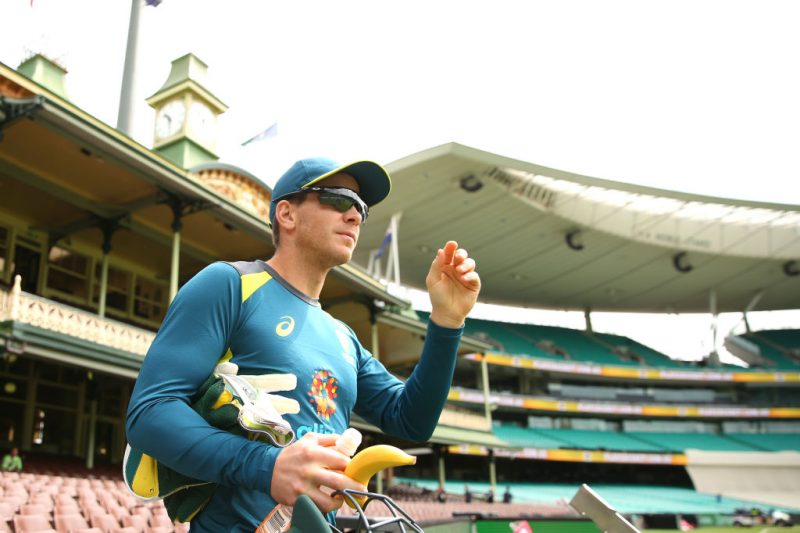 Players from both teams will wear black armbands on the first day of the Test on Friday, in tribute to Fire and Emergency Services personnel fighting the calamity. The anthem ceremony will be followed by a minute’s applause. The board also announced that the one-day series against New Zealand in March will raise funds for fire-ravaged towns.

“At times, for us, it’s important to look outside the bubble that we live in as international cricketers,” Paine said.

“The way we look at it is it might be an opportunity for us to provide a distraction for people and a bit of happiness if we can by playing a brand of cricket that Australians are proud of,” he added. “We speak about one of the things being humble and showing some humility, so as I’ve said before, our thoughts certainly go out to the people that have been affected by it.

"There’s talk about smoke delaying this game, but who cares, it doesn't mean anything compared with what people are going through trying to fight those fires"

“The firefighters have been the real heroes of this summer. They’re taking on some extreme risk and putting themselves in some pretty [dangerous] situations.”

Sharing the sentiment, coach Justin Langer said: “It will be the first time I’ll ever say this in my life, I hope it rains a bit during the Test because Sydney needs it. I hope it rains at night so we can keeping playing, but Sydney, like lots of Australia, needs the rain. We’ll keep an eye on it, we’ll do as well as we can, but our hearts go out. We are so privileged with what we do. A lot of people are suffering … It’s a really tough time, all we can do is put a smile on their face by playing some good cricket.”

“It’s bloody horrible, shocking, and it’s been going on for so long,” New Zealand spinner Will Somerville, who spent much of his life in Sydney, said. “I don’t know what more to say. There’s talk about smoke delaying this game, but who cares, it doesn’t mean anything compared with what people are going through trying to fight those fires.”