Pat Cummins is looking forward to the challenge of playing in the upcoming Ashes series as a first Test appearance in England awaits the Australia fast bowler.

Cummins was a part of Australia’s squad during their last tour to England in 2015, but didn’t play a single Test. Come 2019, the Sydney-born quick, having established himself as the top-ranked bowler in Test cricket, is looking forward to taking the field when the 71st edition of cricket’s oldest rivalry gets underway on August 1 in Birmingham.

“(I had a) totally different action,” Cummins said when reflecting on the 2015 tour. “I was still struggling with my body trying to bowl back-to-back days, trying to bowl 20 overs in a day. I feel like it was hardly me.

Later that year, Cummins suffered a lower-back stress fracture that forced him to undergo another lengthy rehabilitation program. The fast bowler has returned to become a key feature in Australia’s Test arena ever since his comeback during the 2017 tour of India.

Recipient of the Allan Border Medal in 2019 – the most prestigious individual prize in Australian men’s cricket, Cummins discussed team compositions, adding that the five-match series promises intensity and quality cricket.

“When you look at our Test side from the home series last year, we’ve basically got the same squad,” Cummins said. “We haven’t lost anyone from memory, and they’re much the same. They’ve got a couple of guys coming in, their batting order’s going to look slightly different, but probably similar to both sides is that our white-ball teams are quite different to our red-ball team. No matter who’s playing, it’s always fiery, it’s intense, it’s really good cricket. So I can’t wait.”

Having mauled the England batting with the Kookaburra ball during Australia’s Ashes triumph in 2017-18, Cummins is looking forward to playing with the Dukes ball which could potentially offer more assistance. 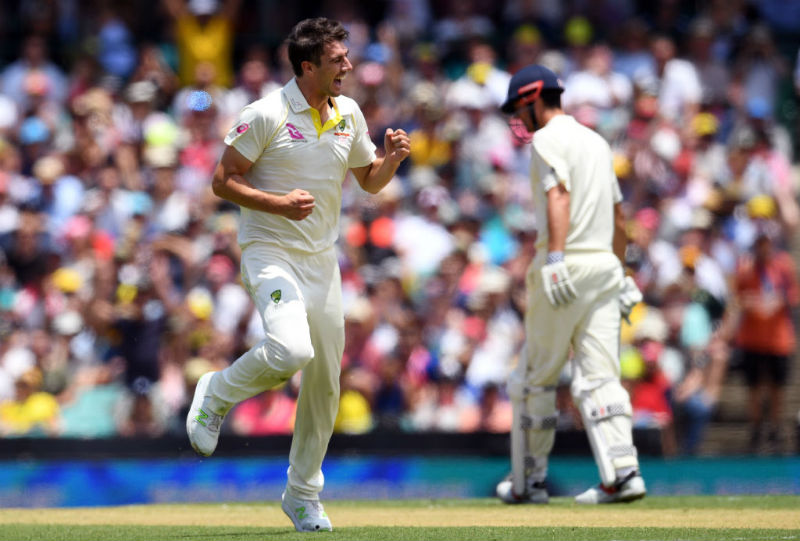 “As a bowler it’s pretty simple,” Cummins said. “Plan A is normally top of off and hope to get a bit of sideways movement, and I’m sure that over here it’s not going to be too different. I’m sure once we get close to the game we’re going to look at their batsmen.

“I’m pumped to have a [Dukes] ball that hopefully swings around a bit more for me and hopefully a batsman leaves a ball every now and then. Probably the way it pans out in 80 overs is slightly different to a Kookaburra, but the way you actually bowl, the basics are still there. I’m sure I’ll pick up a couple of things in the next few weeks though.”

To tune up for their defence of the urn, Australia play a four-day practice game, an intra-squad contest featuring Australia’s 25-strong Ashes training squad split into 12-player teams, beginning July 23 in Southampton. Cummins believes that the nature of the warm-up game will serve as a perfect tune-up to the five-match series.

“It’ll definitely get the adrenaline up like in a Test match,” Cummins said. “It doesn’t happen too often – you’ll see our egos be put to the test, we’ll be going at each other I think. We’ve got the best thing – guys who are fighting for spots in good form – so it’s not a pre-season warm-up game that might meander, or where you look after people’s injuries.