Prithvi Shaw was expected to open the batting for India in Adelaide. An ankle injury has put paid to those plans, but the team is expecting him to get back in action soon.

During the Indians’ four-day tour game against Cricket Australia XI, 19-year-old Shaw tried to take a catch at the mid-wicket boundary and went over on his left ankle. He had to be carried off the field, and has since only been seen hobbling around on crutches.

The crutches are, reportedly, gone now, but Shaw might not be ready for the second Test in Perth, and the team is hoping to have him walking out in the third Test, the Boxing Day match at the MCG.

“It was heart-breaking to see him go down,” India coach Ravi Shastri told SEN Radio. “But the good thing is he’s recovering quickly. He’s already started walking. It was really unfortunate.

“In fact, we all were looking forward for him to play. It’s always exciting when you have a kid who has come up the ranks, who has got runs in all formats for the game when he’s played back home.”

Shaw, who led India to the Under-19 World Cup title earlier this year, is one of the most exciting young batsmen in the world, and has made a good start to his Test career with 134, 70 and 33* in his three innings so far, all against the West Indies at home in October. 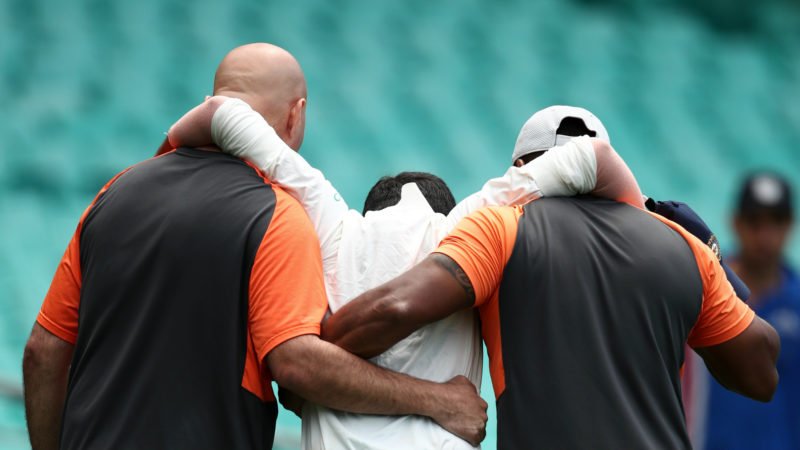 “We all were looking forward for him to play” – Shastri

On Shaw being ready for the third Test, Shastri said, “I would imagine so, but you never know. Hopefully if we can get him to run a bit by the weekend, that’s really good signs.

“With youth on his side there might just be a case where he might recover quicker. We’ll make a call as and when we get closer to Perth.”

KL Rahul and Murali Vijay are opening for India in the ongoing first Test in Adelaide, and they returned 2 and 11 respectively in the first innings, both falling inside seven overs to the Australian new-ball pacemen.