Kuldeep, 23, picked up his maiden five-wicket haul in T20Is as well as in international cricket, finishing with 5-24 as England were restricted to 159-8. India overhauled the target easily, with eight wickets and 10 balls in hand, after KL Rahul scored a masterful 54-ball 101*.

“Kuldeep is a very big threat – we knew that,” Morgan told Sky Sports after the match in Manchester on Tuesday, July 3. “We maybe need to be a bit better with the way we go about our business. 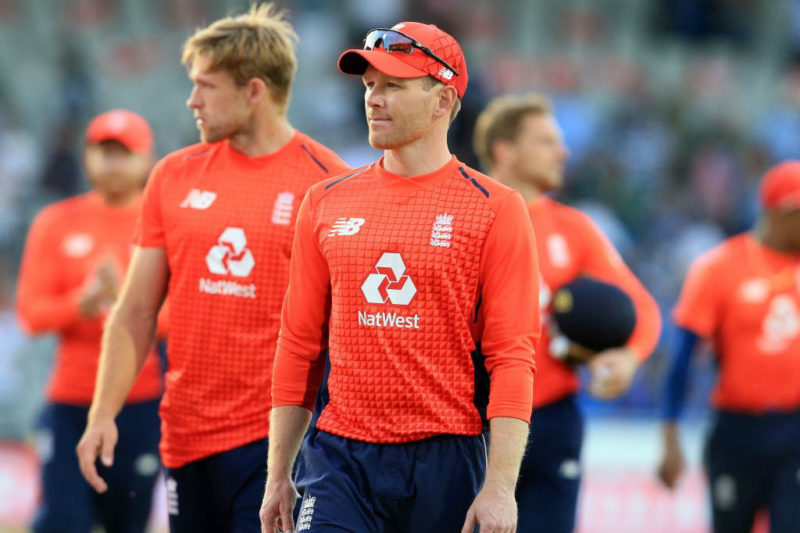 “It wasn’t a case of us chipping it up in the air. He completely deceived us, and I thought he bowled well. We know we can (do better), so we need to.”

Kuldeep got into the game after the other Yadav, Umesh, had ended the first-wicket stand of 50 between Jason Roy and Jos Buttler. Roy fell for 30, and Kuldeep then dismissed Alex Hales to leave England at 95-2 in the 12th over, still a strong position.

But in his next over – his third – Kuldeep first trapped Morgan in his spin web, getting the batsman to skew one to Virat Kohli at mid-wicket, and then had both Jonny Bairstow and Joe Root stumped for golden ducks off consecutive deliveries, beating both batsmen with his flight and length. Later, he took the prized wicket of Buttler, who top scored with a 46-ball 69. 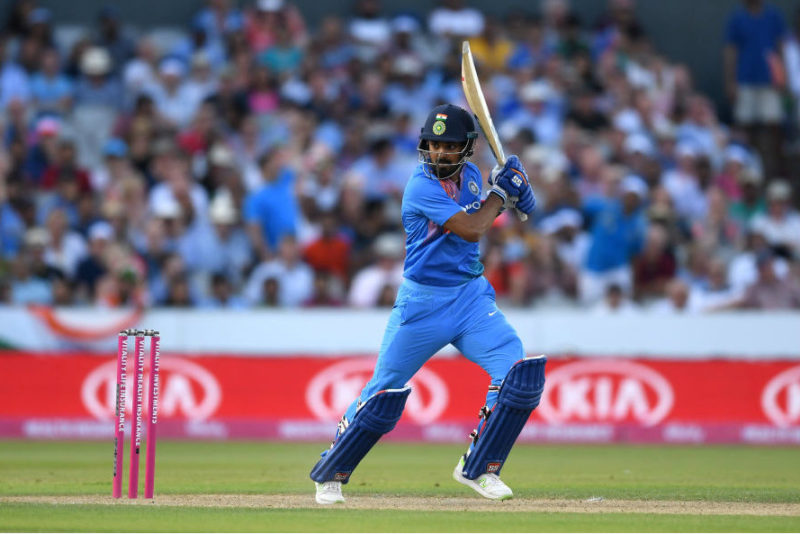 “When someone like Rahul gets in, it is going to be difficult to defend” – Morgan

“Three wickets in an over knocked us back quite a bit – we never really regained momentum,” Morgan said. “That probably cost us 30 or 40 runs and, inevitably, when someone like Rahul gets in, it is going to be difficult to defend.

“Everything seemed to happen pretty quickly, so that’s something we will assess between now and the next game. Make sure our plans are the right ones and stick with them.”

It wasn’t a spinners’ pitch, with Kuldeep not really profiting from a lot of natural turn. 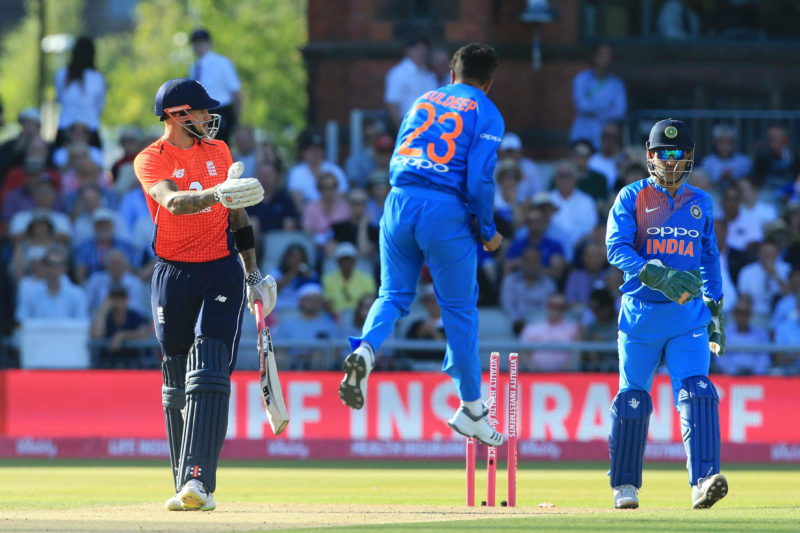 “Three wickets in the over really changed the momentum” – Kuldeep

“The pitch did not have much turn. I did not want to give pace to the English batsmen as it would have made batting easy for them. I executed my plan very well,” Kuldeep explained.

“I focused on varying my pace, and the flight of my deliveries,” he added. “This was the key and it helped me in getting the wickets. I don’t think about the batsmen while bowling, I focus on what I can do.”

He was thrilled with his performance, understandably, especially with the three-wicket over.

“Obviously they are quality batsmen, and it’s a good feeling when you take two wickets on the trot,” he said. “It was amazing … brilliant, I guess. Three wickets in the over really changed the momentum.”