There was only one change to India’s Test squad for the three-match series against South Africa, announced on Thursday, September 12 – KL Rahul was replaced by Shubman Gill – but that was enough for a few talking points to emerge. How does the side shape up? And what are the management’s thoughts on the future? We ponder below.

Where will Gill play?

Be it blue or white ?⚪
It’s always an honour to represent my country ?? pic.twitter.com/qfWMpwsMsw

Gill has been knocking on the Test doors for a while now – he voiced his disappointment last month when he was left out of all three squads for the tour of the Caribbean. Having finally received that call-up, the question now is, where will he play? “He has done well both as an opener and in the middle order, so he can be a back-up for both the slots,” was chief selector MSK Prasad’s assessment of him.

The 20-year-old has 1443 runs in just 14 first-class matches at 72.15. Earlier this week, he scored 90, opening the innings for India A against South Africa A in Thiruvananthapuram. In the Duleep Trophy, he batted at No.3 for India Blue, and in the two first-class matches in the Caribbean, he turned out at Nos.3, 4 and 5. During the Ranji Trophy last year, he opened for Punjab, scoring 728 runs in just five matches, including 268 against Tamil Nadu.

It’ll be intriguing to see where in the India line-up the management plays him. He will serve as back-up for this series, as confirmed by Prasad, but with the uncertainty in the openers’ slot, he might well be experimented with there. The middle order – with G Hanuma Vihari, Ajinkya Rahane, Rishabh Pant and Hardik Pandya – seems harder to break through to.

The frustrating story of KL Rahul 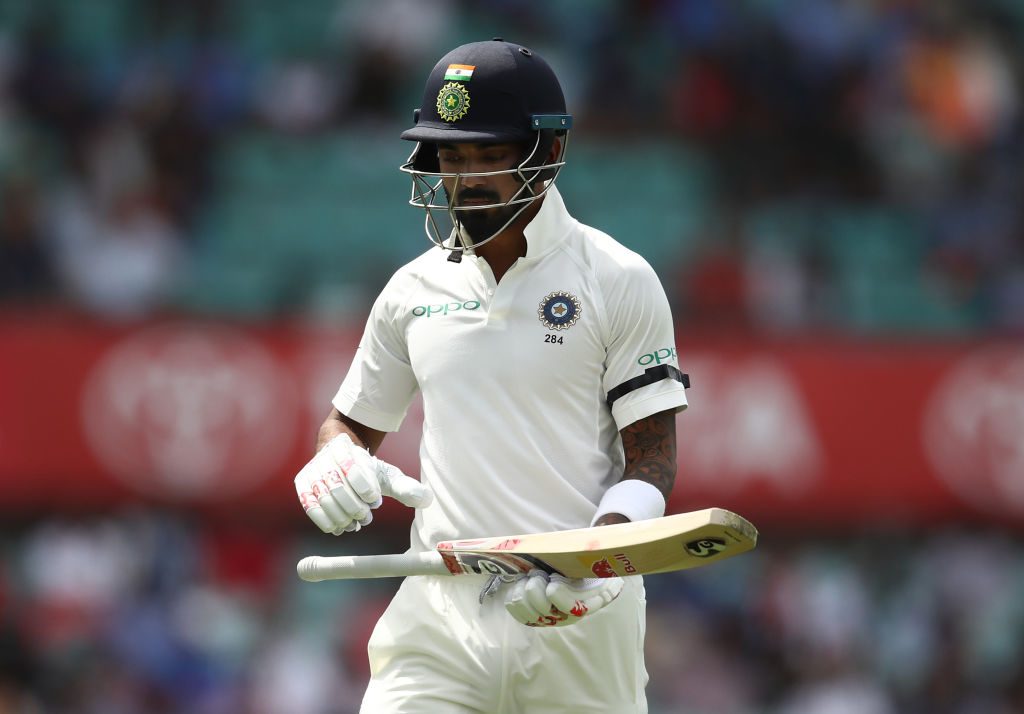 Rahul has shone in patches, but his form has fallen off

After his disappointing India debut in Melbourne in December 2014 – he attempted expansive shots and was dismissed for 3 and 1 – Rahul scored three centuries in his next five Tests, in Sydney, Colombo and Kingston, the last of which came in July 2016. At the time, the regular openers, and Shikhar Dhawan, in particular, seemed to be batting to keep his spot every time.

Since then, however, Rahul has added just two tons to his tally, in 28 matches, averaging 33.64. There are rare displays of his evident quality – the 199 he scored against England in Chennai was dominant, and there were nine half-centuries in eleven innings once he’d established himself as the first-choice opener in 2017. But there’s always been something missing.

Since 2018, he has scored just 578 runs in 15 matches – a lot of those runs came during the 149 at The Oval, once the series had already been settled – and despite Prasad’s desperate attempts to put a positive twist to Rahul’s drop, the frustrations were evident. “We backed him, but his form has definitely dipped in red-ball cricket,” he said. “Probably with the seniors [Dhawan, Vijay having] exited, KL has got more opportunities but, unfortunately, he was not delivering consistently, and only delivering in patches.”

One man’s loss is another … 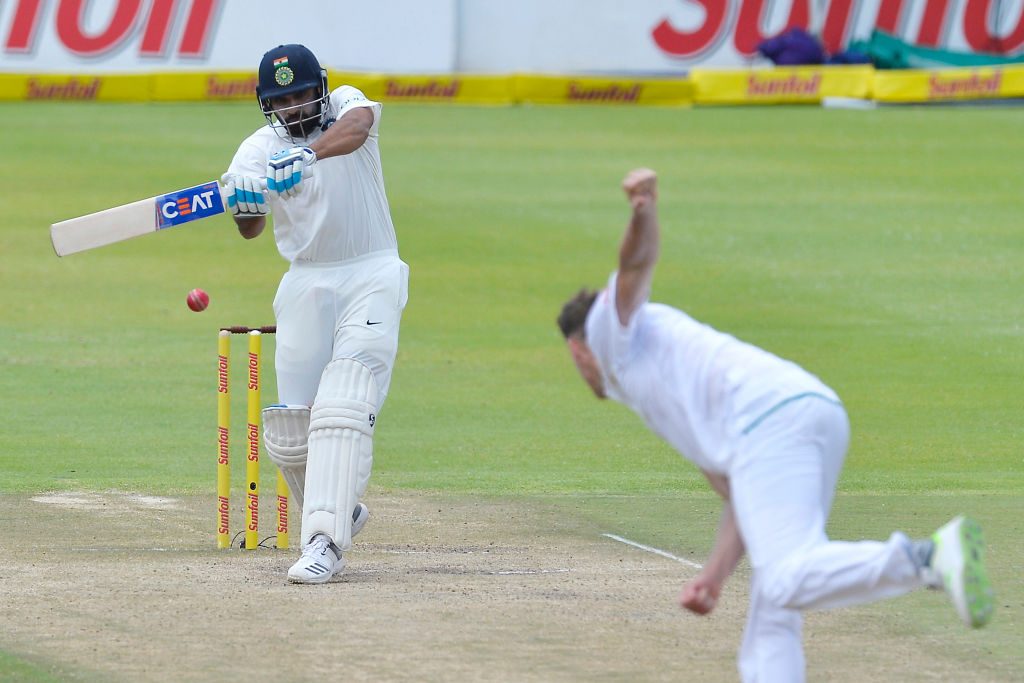 There are seemingly two players to benefit from Rahul’s drop. One is, of course, Gill. The other is Rohit Sharma, India’s one-time Test prodigy. The joke is that he is still a prodigy, but Rohit himself is, if what he said to PTI last year is to be taken at face-value, accepting of the shape his career has taken – white-ball devastator, red-ball disappointment.

“There’s limited time you have as a player and I have finished almost half of it,” he’d said in May 2018. “There’s no point in spending the remaining half thinking whether I’ll be picked or not.”

Rohit has made sporadic appearances for the Test team since his debut – he played in South Africa and Australia last year, but not in the series in between in England, given his problems against the moving red ball. In his last Test outing, in Melbourne in December, he scored an unbeaten 63 that was crucial to India’s eventual victory.

It increasingly feels like, if Rohit has to come good on all that hype about his Test prospects, the time is now. According to Prasad, Rohit will be given the opener’s slot. He will be given, once again, a long-ish rope. It’s possibly his last chance. 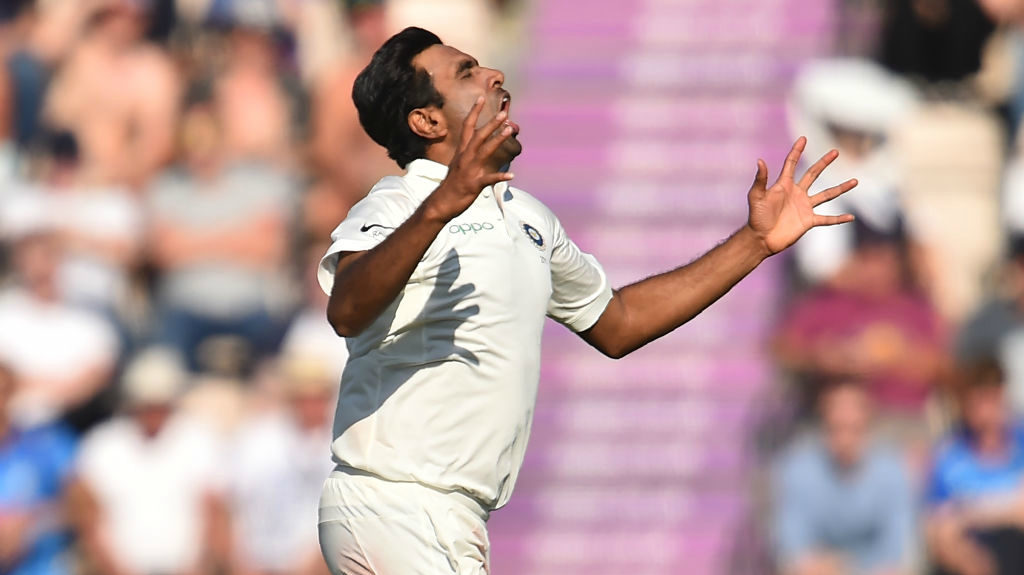 Will Ashwin get his India outing at home?

It’s a home series, the pitches will be more than suitable for spin, and the debate over India’s spinners is set to be rekindled, specifically the question of R Ashwin. The off-spinner has been included alongside Ravindra Jadeja and Kuldeep Yadav. Two of them are likely to make the XI.

Unfortunately for Ashwin, for all his 342 Test wickets in 65 matches, his place in the side is nowhere near certain. At home, he averages 22.68 and has 234 wickets in 38 matches. But he was sidelined for both the Tests in the West Indies, with captain Virat Kohli and coach Ravi Shastri opting for Jadeja.

What they do with Ashwin should be interesting – they have stated their preference for Jadeja’s dynamism in the field and his ability with the bat, and Shastri has also outright said that Kuldeep was the preferred choice for overseas Tests – it isn’t too far-fetched to infer that might extend to more suitable home conditions. Tough times for Ash. 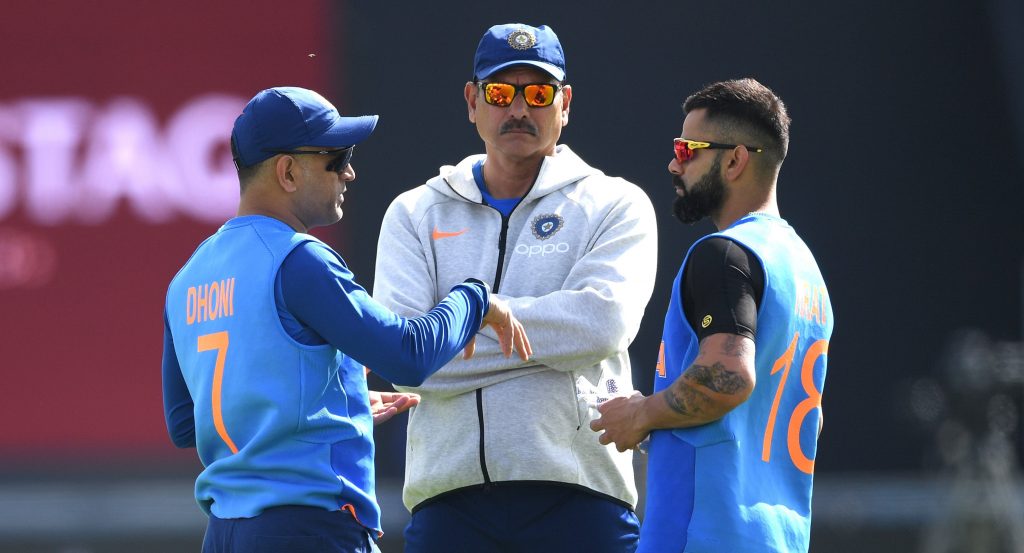 What’s the verdict on Dhoni?

On Thursday, with the BCCI announcing that there was a press conference to be held, and Kohli paying a mini-Twitter tribute to MS Dhoni, speculation was rife that the veteran’s retirement was set to be announced.

As it turned out, Prasad simply wanted to announce the small matter of India’s squads for the Tests against South Africa. Thereafter, both Chennai Super Kings and Dhoni’s wife confirmed that the rumour machines had simply been on overdrive.

But it still doesn’t answer the question – what’s the situation with Dhoni? The wait continues.