India’s opening batter Smriti Mandhana has emerged as the big winner from the ICC women’s awards for 2018, winning the Rachael Heyhoe-Flint Award for the ICC Women’s Cricketer of the Year, as well as being named ICC Women’s ODI Player of the Year.

Her stellar run of form ensured that she was also included in the ICC Women’s ODI Team of the year and Women’s T20I Team of the Year. Reacting to the news, she said: “The awards are pretty special because as a player when you score runs, you want the team to win, and then when you get acknowledged for your performances through these awards, it motivates you to work harder and do well for your team.”

WT20 champions Australia have three players in the side. Who else made it into our Women’s Team of the Year?https://t.co/88w40JTUsr

Another winner at the awards was Australia wicketkeeper Alyssa Healy, who was named the ICC Women’s T20I Player of the Year. Healy starred at the World T20, finishing as the Player of the Tournament after her 225 runs saw her top the run-scoring charts. Like Mandhana, Healy was included in both teams of the year.

Related Story: Warner & Perry the big winners at the 2020 Australian Cricket Awards
England’s Sophie Ecclestone was the winner of the other individual award, receiving the prize for the ICC Women’s Emerging Player of the Year, after the 19-year-old took 35 international wickets in a breakthrough year that saw England reach the final of the World T20. 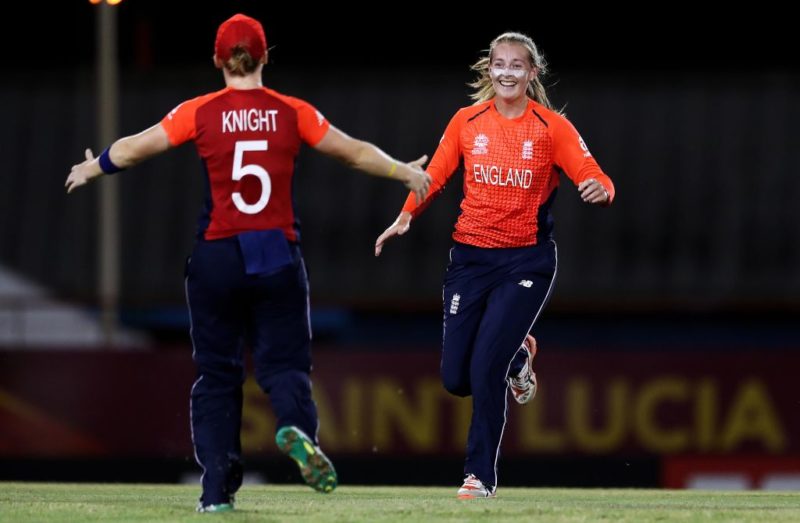 Ecclestone (right) has enjoyed a brilliant year for England

“I am really delighted to win this award,” said Ecclestone. “The most important thing is winning on the field but it’s nice to be recognised. I work really hard to try and improve my game and I’ve really enjoyed the last 12 months. It was my first full year as an England player after finishing my education so it’s amazing to get an award like this.”