India Test fast bowler Ishant Sharma picked up an ankle injury while appealing for a wicket during a Ranji Trophy 2019/20 match.

While the extent of the injury is not yet fully clear, that it comes only a month before India’s two-Test series in New Zealand is a matter of concern.

Playing for Delhi against Vidarbha, Ishant appealed for an lbw of opposing captain Faiz Fazal. At the time, Delhi were desperate to pick up quick wickets, having conceded a 16-run lead in a low-scoring first innings. The umpire, though, was unmoved and the bowler hobbled off in pain. 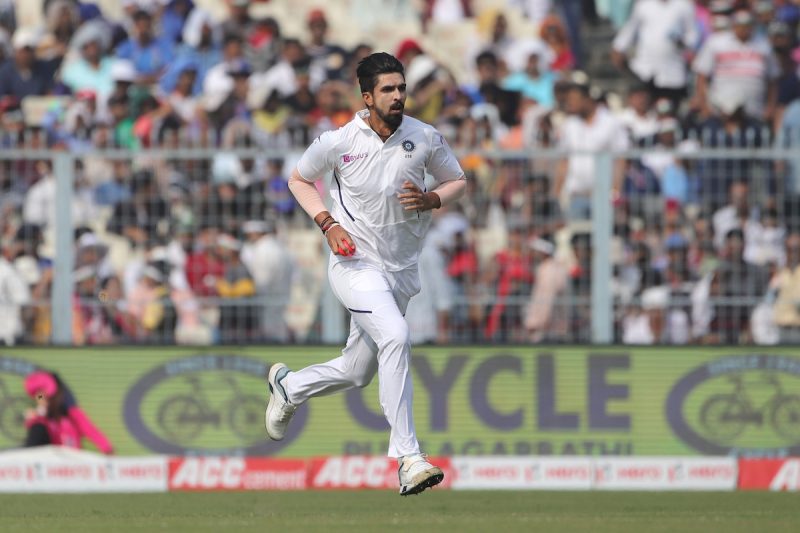 Ishant Sharma, who has been in terrific form, will hope the injury is not a major one

“The injury looks really bad. His ankle is swollen. Hope it’s not a fracture. He has been taken for an MRI. Most probably, the National Cricket Academy (NCA) will take over his recovery and rehab from here,” a source in the Delhi camp was quoted as saying by the Times News Network.

Team India, despite their ample reserves of fast-bowling talent, will hope that the MRI reveals there’s no fracture as that could put the 31-year-old out of action for a considerable amount of time. Ishant was India’s second-most prolific Test wicket-taker in 2019, scalping 25 wickets at a scarcely believable average of 15.56, striking once every 32.5 balls.

Ishant had carried that remarkable Test form into the Ranji Trophy as well. He picked up eight wickets in Delhi’s match against Haryana and had scalped three Vidarbha wickets in their first-innings total of 179.

India’s Test series in New Zealand gets under way on February 21. Prior to that, they will play a three-day warm-up match against New Zealand XI, starting February 14.