James Anderson is set to train at Premier League football club Manchester City in a bid to recover from his calf injury and be fit in time for England’s upcoming tour of South Africa.

Anderson’s right calf has been constantly troubling him for the last four months, but the pacer will now head to the Etihad campus, Manchester City’s training centre, with the intent to recover for the Boxing Day Test in Centurion.

“[Anderson] will be hoping to use the world-class facilities at the Etihad Campus with the England Cricket sports science team over the next two months, leading into the South Africa tour, which starts in December,” an ECB spokesman said, according to Reuters.

The 37-year-old originally suffered the injury in July, while playing for Lancashire, but was deemed fit for the Ashes. Four overs into the first Test, a recurrence of the same injury forced Anderson to limp out. The injury was further aggravated during his Ashes comeback bid, through the Lancashire second XI, when he complained of tightness in the same calf, and was ruled out of the remainder of the series.

The injury has raised questions regarding the Burnley-born pacer’s durability at the international level, where he has enjoyed a 17-year career. But he recently sought inspiration from footballer Ryan Giggs to extend his playing days. 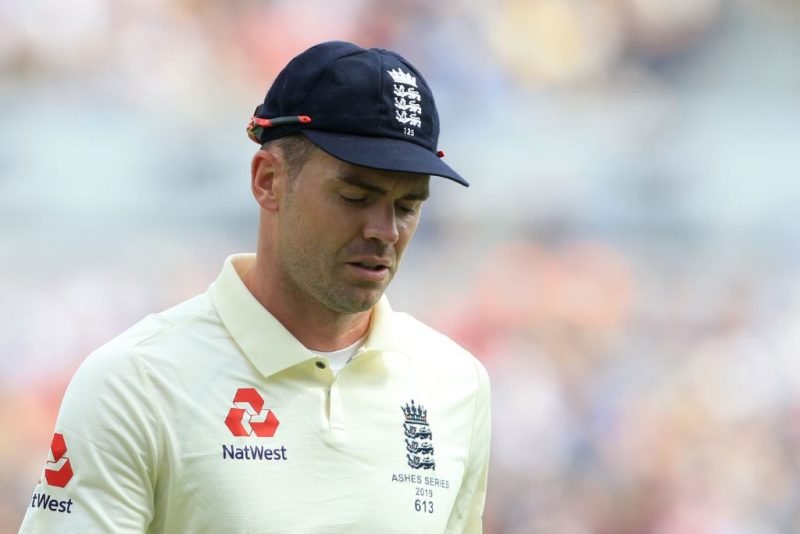 Giggs played for Manchester United through till 2014, continuing as an active professional despite ticking past 40. Anderson wants to emulate the Welsh midfielder, insisting that his injury hasn’t yet pushed him to the extent of mulling retirement.

“It has been absolutely devastating to miss the Ashes series, but I have not thought for one second about retiring,” Anderson, England’s leading wicket-taker in Tests, had stated in a column for The Sun in September.

Related Story: Flintoff: If Simon Jones stayed fit, he could have been Jimmy Anderson

“In fact, I’m going to look into how Ryan Giggs was able to play football at the highest level until he was 40. That’s what I’d like to do.”

Anderson will be using the facilities at the Etihad Stadium for the next two months, and will be assisted by Rob Ahmun, the national team’s strength and conditioning coach.

He has, in the past, worked with Burnley FC, in a similar capacity as that of England team-mate Jonny Bairstow, who headed to Newcastle United in 2016 to fine-tune his wicketkeeping skills by working with the club’s goalkeepers.