Former South Africa batsman Jonty Rhodes has confirmed his application for the role of the Indian team’s fielding coach.

“Yes, I have applied for the position of India’s new fielding coach. My wife and I love the country, and it has already given us so much — we have two children born in India,” Rhodes told CricketNext.

Widely considered one of the greatest fielders of all time, Rhodes has spent considerable time in India after his retirement in 2003. He was IPL side Mumbai Indians’ fielding coach for nine years before parting ways in December 2017.

Credited for revolutionising fielding standards in the modern era, Rhodes, during his playing days, was renowned for his swift reflexes, faultless catching, and his unmatched ability to move quickly from his preferred position at backward point.

"I am a coach who loves coaching and let’s face it, the Indian cricket team is the busiest in the world"

“I am a coach who loves coaching and let’s face it, the Indian cricket team is the busiest in the world, so great opportunity to be busy and doing what you love amongst players and a team that I really respect,” Rhodes, who represented South Africa in 52 Tests and 245 ODIs, said.

The BCCI have put out an advertisement for the support staff roles and Rhodes, 49, matches the eligibility criteria of serving, among other alternatives, as the fielding coach of an IPL franchise for a minimum of three years, apart from playing a minimum of 10 Tests or 25 ODIs, while also being less than 60 years of age at the time of applying. 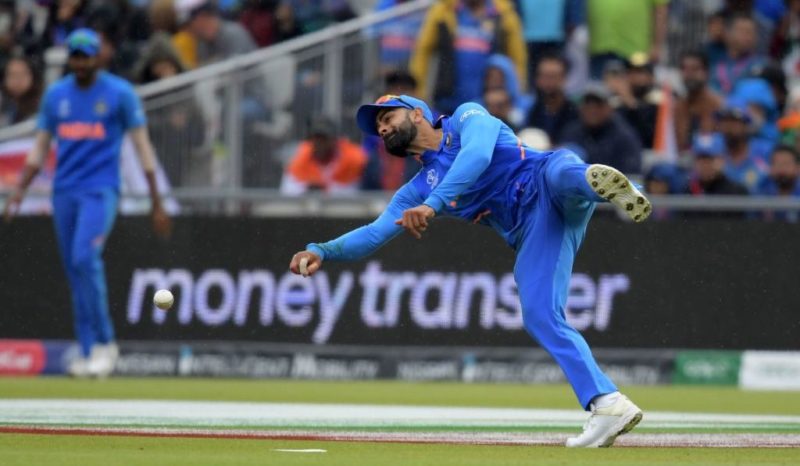 Over the last two decades, India has developed into a formidable ground-fielding unit

India’s fielding standards improved significantly by the turn of the century, especially with the influx of athletic fielders such as Yuvraj Singh, Mohammad Kaif and Suresh Raina under the regime of former coach John Wright.

A refashioned approach on the fitness front, under current skipper Virat Kohli, has seen India further develop into a formidable ground-fielding unit; Rhodes wishes to build on the good work, if handed the role.

“I like to think there are a few elements that I can add to what they have already achieved. I have spent two years away from high performance coaching and have spent most of my time focusing on development and grassroots coaching.”

Rhodes is eyeing the spot now held by R Sridhar, a former first-class spinner, who has been India’s fielding coach since 2016. All current position holders will be automatically added to the recruitment process.

“I have seen from my time in India that parents don’t let their children take much risk, and my vision would be for the Indian team not to just be the team with the lowest drop catch percentage, but also the team with highest half chance opportunity taken!”