#WeStandWithSarfaraz. It’s the hashtag that’s serving to mobilize supporters of the man who was, up until yesterday, Pakistan’s captain to protest his sacking. A ‘Justice For Sarfaraz’ protest is set to be held in Karachi on Sunday.

International captains from anywhere rarely spark such a reaction, let alone in Pakistan, where even Misbah-ul-Haq, Sarfaraz’s predecessor and by any measure one of the greatest leaders of all time, was always held at arm’s length, afforded only begrudging praise when he triumphed, with the scepticism soon rising to the surface when his side slipped, or he scored too slowly, or he picked the ‘wrong’ team.

Pakistan’s Test travails under Sarfaraz have thrown the triumphs of Misbah – newly installed as Pakistan’s head coach and chief selector, and thus the man who had the most say in this decision – in that format into sharp relief. Dominance in the UAE had been taken for granted, but two series defeats in three attempts for Sarfaraz, after seven years unbeaten there, showed they hadn’t come easy. From briefly reaching No.1 in the world at the end of the 2016 English summer, Pakistan now reside at seventh, while Sarfaraz’s own form has taken a tumble too. When he took the reins, he averaged 40.96 in Test cricket; since then, he averages 25.81. 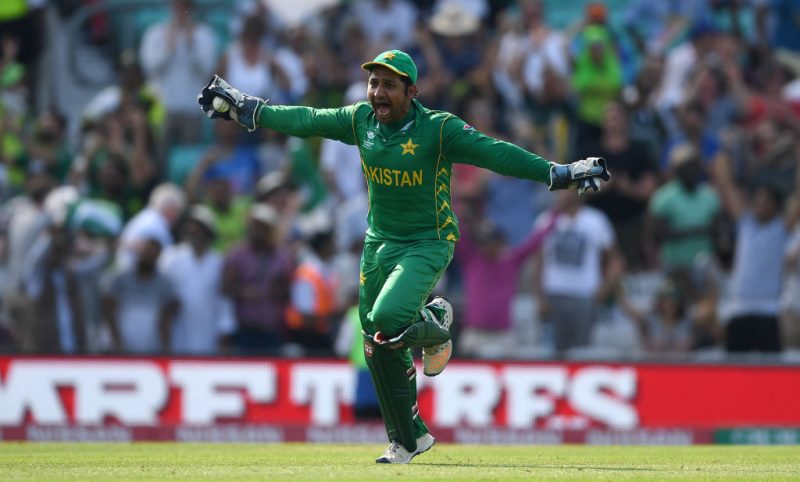 Still, if his axing in Tests and ODIs is justified – while the Champions Trophy win in his first assignment was one of Pakistan’s most remarkable achievements, his tenure is better summed up by their nearly-but-not-quite World Cup campaign – in T20Is, it rankles.

The trigger was Pakistan’s 3-0 series whitewash by an understrength Sri Lanka – a poor result, but one which came against a deliberately weakened Pakistan side. “When we try out players with an eye on future, especially the World Cup, then these experiments are important,” said Misbah. “This is when a surprising situation like this can arise.” Still, following on from defeats in a one-off T20I against England, and in a series in South Africa, the sense was that Pakistan’s standards were slipping. But that South Africa result ended a run of 11 straight series victories, stretching all the way back to the last World T20. In a volatile format, can credit be conceded so easily?

It’s a run about which there has been some revisionism, both about its quality and its causes. Some feel it is diminished by coming against teams weakened by the absence of those unwilling to tour Pakistan, or else has relied on tailor-made conditions in the UAE – largely ignoring that it included wins in New Zealand, West Indies, and against Australia in Zimbabwe – and was down to an over-reliance on incoming skipper Babar Azam, thus stripping Sarfaraz of some of the plaudits. Misbah would seem to a proponent of the latter theory.

What do you make of Sarfaraz Ahmed’s time as Pakistan captain?https://t.co/lghVFrxwCX

“We became number one in T20Is,” he said. “But if you dig deeper, our only strength was Babar Azam’s runs and he didn’t score in two games [against Sri Lanka] and we’ve been exposed.” It’s an analysis that underplays the performance of Pakistan’s bowlers, in particular Imad Wasim, ranked No.2 in the world in the format, and Shadab Khan, ranked No.4, and the recipient of more Player of the Match awards than anyone bar Mohammad Nabi since the last World T20. In the shortest format, a spinner is hamstrung without a wicketkeeper he trusts and a captain who trusts in him, and Sarfaraz has been both.

And what of Babar? He has, for sure, been instrumental in Pakistan’s sensational form, ranked No.1 in the world and with an average of 49.61 in the format. But those numbers, special as they are, raise the question, ‘why burden him with more?’ He has 12 games’ captaincy experience for Pakistan A, and 12 months to learn on the job ahead of next year’s T20 World Cup. Should his own returns dip, Pakistan’s chances at next year’s tournament will decrease too. 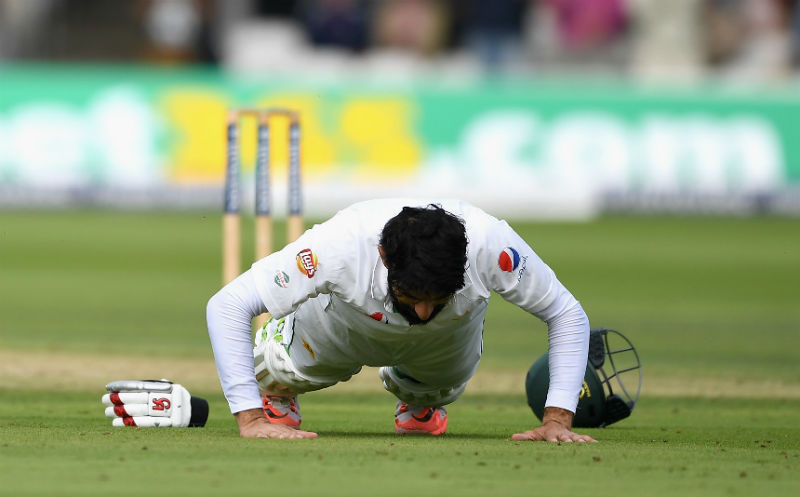 Sarfaraz’s predecessor and the man in charge of his dismissal, Misbah-ul-Haq

Perhaps the most charitable explanation is that the PCB simply wanted a clean break. They have a new head coach and chief selector, are yet to embark on their World Test Championship campaign, and sit at the start of a new World Cup cycle. Sarfaraz’s continued presence in one format might have muddied the message. He has been left out entirely from Pakistan’s tour of Australia, and, if he returns thereafter, will at least come back to teams which feel emphatically like someone else’s. Still, their chances at a World Cup in the format at which they are best would be a high price to pay for a little clarity.

Related Story: Sarfaraz Ahmed can make a return to the Pakistan side, says Mohammad Yousuf

Whatever ‘Justice For Sarfaraz’ would look like, it’s unlikely any amount of protesting or social media outrage will change anything. Sarfaraz, surely, has led Pakistan for the last time. His reign has reached some special highs and plumbed some despairing lows, and yet, apart from in T20Is, has felt simply mostly middling. It has been marked by moments of controversy, some warranted, such as the racism storm which engulfed Pakistan’s tour to South Africa, and some less so – yawn-gate especially stands out here. There is no clear legacy. Then again, that could well have been founded in Australia in a year’s time.