Keaton Jennings suffered an unfortunate dismissal on the first day of the Edgbaston Test against India.

He misjudged a defensive prod, the inside-edge lobbed off his pads and his boot, and somehow trickled onto the stumps, with just enough force to dislodge a solitary bail.

Jennings looked disconsolate. He had done well till that point, patiently building runs in a 98-ball 42, and seemed well on course to make the most of a lifeline early in the day, when Ajinkya Rahane dropped him on 10.

That was massive a slice of fortune, it being a regulation catch, but his manner of dismissal was striking in contrast. Lady luck, it seemed, was being mischievous. 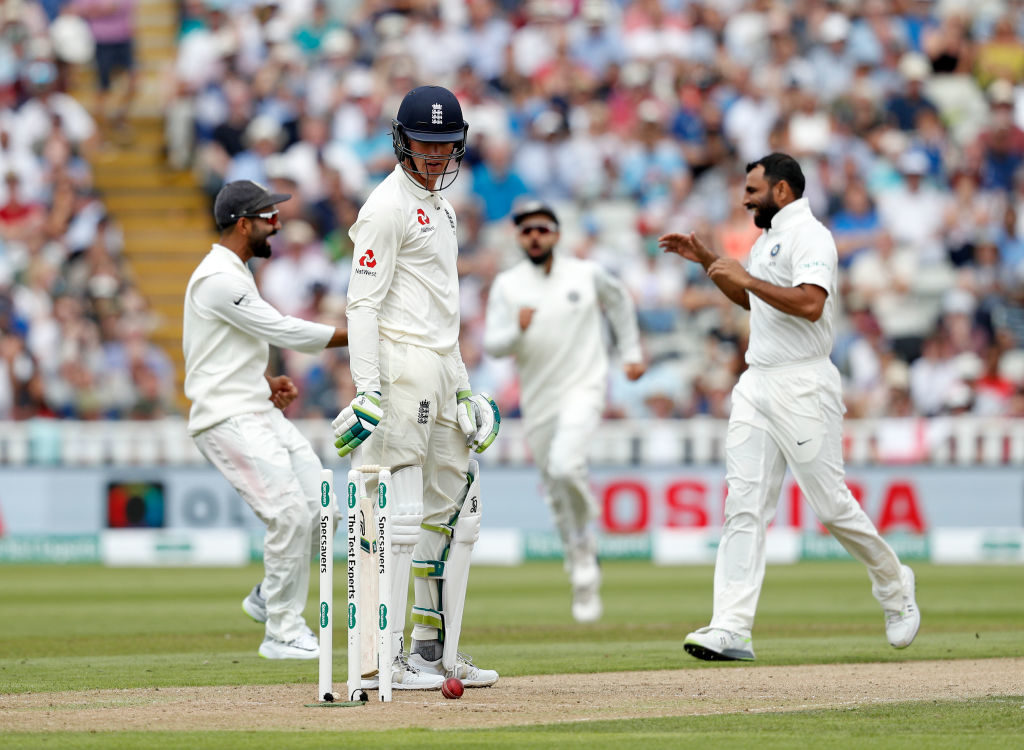 “I suppose the best players in the world make those lucky breaks or have them go in their favour,” said Jennings. “That’s the way it is. I’ve made an error, misjudged the ball, and it’s ended up in my stumps.”

Despite his dismissal, England remained in a good position till early in the final session, thanks to Joe Root (80) and Jonny Bairstow (70). Their association of 104 took England to 216, but Virat Kohli, the India captain, ran Root out, and England encountered a slide.

“It is a missed opportunity, but you don't know what a good score is until both sides have batted”

From 216-3, they ended the day at 285-9. Despite that, Jennings was unsure if the advantage had been handed to India. “Yes and no. That has been a little bit of a missed opportunity for us,” he said. “You look at 35 overs of cricket, off the old ball, there still seems to be a bit of lateral movement.

“I suppose from our point of view, we’ve got 300 on the board and if we can come out and be pretty relentless in the way we go about hitting our areas at some point tomorrow, you don’t actually know what a good score it is. 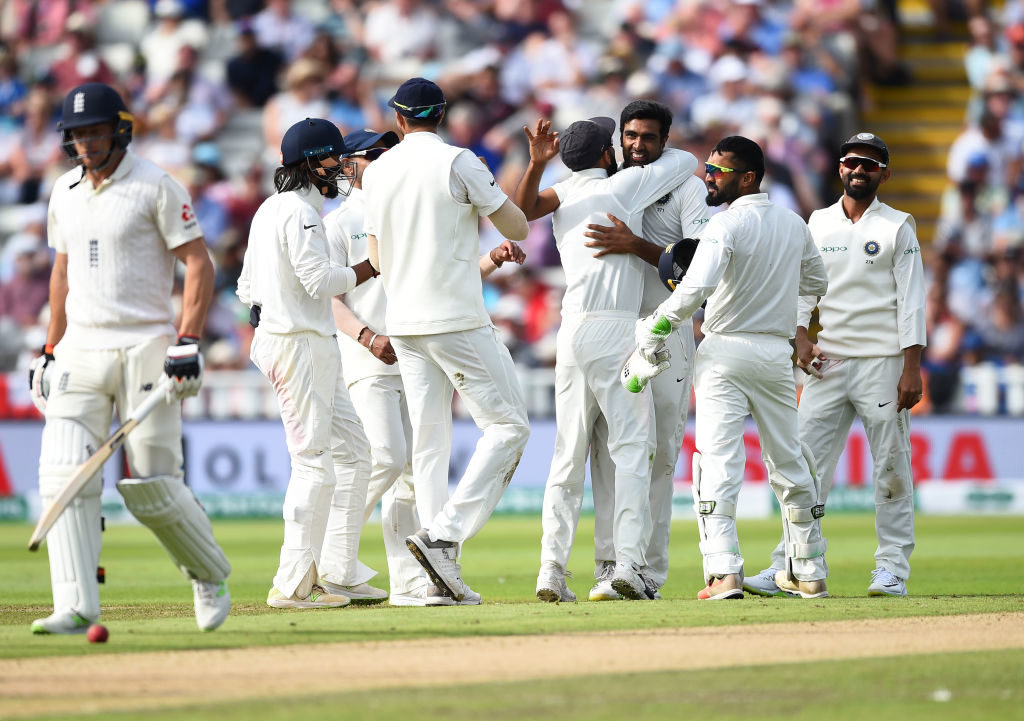 Ashwin dismantled England with his 4-60

“On one hand, it is a missed opportunity, but on the other you don’t know what a good score is until both sides have batted.”

Ravichandran Ashwin and Mohammed Shami were largely the cause of the England collapse. Ashwin used all his experience to return a fine 4-60, while Shami used the conditions to good effect, sending back Jennings and Dawid Malan (8) in quick succession early on.

Ashwin, in particular, made life difficult for the England batsmen, varying his pace, flight and length enough to deceive the hosts.

If he picks the final wicket on the second day, he will become the first Indian spinner since 2002 to take a five-for in England. 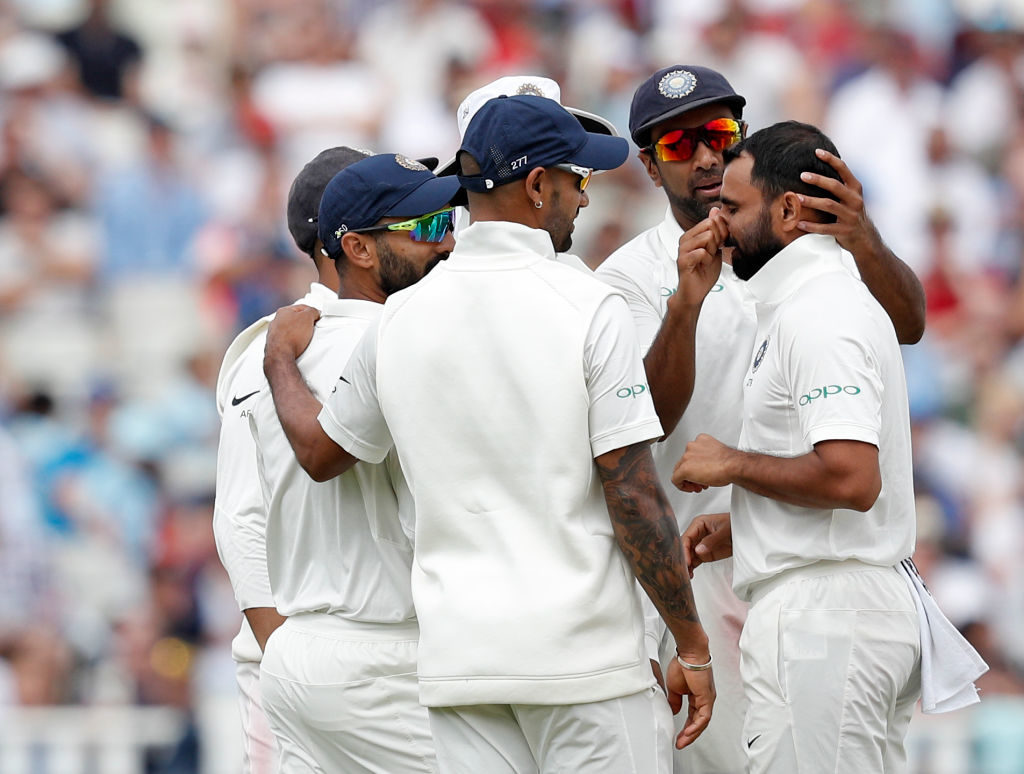 “He’s a very good bowler. He lands the ball in the right place and varies his pace. He bowled nicely today,” said Jennings of Ashwin. “At the end of the day, we come up with a game plan in order to play off-spinners as a left-hander. Bowled a good ball to Cooky this morning, maybe that came down to a bit of tackiness in the surface.

Related Story: After ending 2019 at the ODI zenith, where next for Mohammed Shami?

As for Shami, it was a good comeback following a spell on the sidelines with fitness issues. “It’s just that I have not been playing matches,” said Shami. “But when we get injured, we work very hard, we go through training and rehabilitation at the National Cricket Academy, (and) we are in the nets constantly. So, when we get back to play, we make our plans and return to action.”