India captain Virat Kohli would like to see the Dukes ball used for all Test cricket across the world.

The English-made Dukes is used for all England’s home Tests and has a reputation for assisting the bowlers – never more so than during the 2018 summer when seamers on both the English and Indian teams dominated.

But Kohli, who has been a passionate advocate for Test cricket, thinks it produces the most exciting play, and criticised the quality of the SG ball used in India’s home games.

“The Dukes, I think, is the most suited ball for Test match cricket,” Kohli said, “and if there’s a situation, I would vouch for that to be used all over the world because of the consistency of the ball and how the bowlers are in the game at any stage because the seam is so hard and upright. 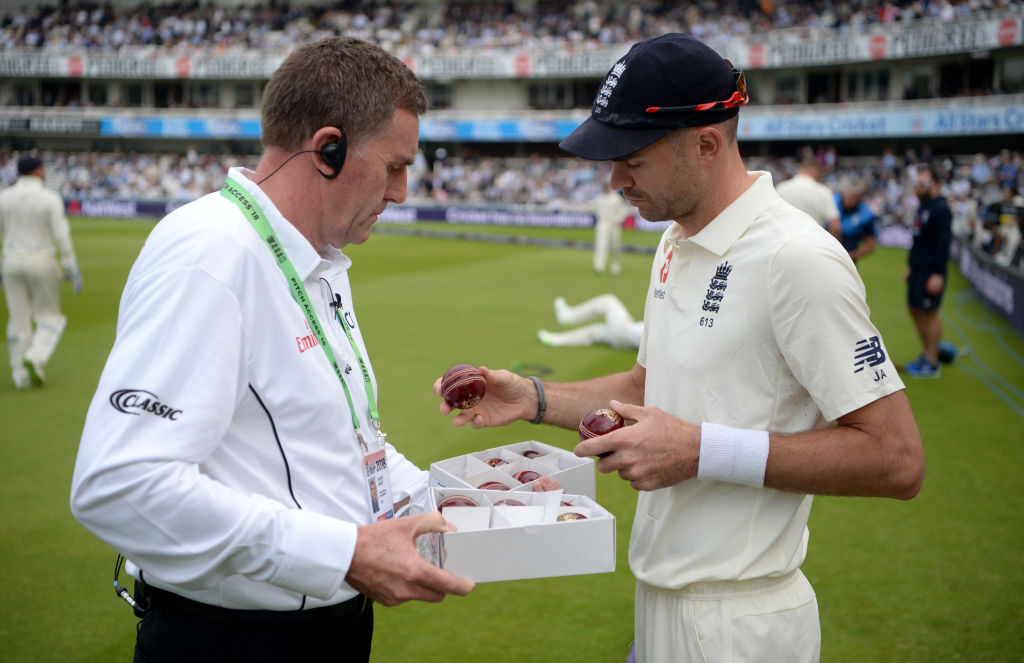 Jimmy Anderson is an expert with the Dukes ball

“And [for] the spinners as well, if the ball is hard you can get that extra pace, but if the ball goes so soft in 10-12 overs, then your effort comes down by 20 per cent. So I think the quality of the ball has to be maintained, there’s no doubt about that. Otherwise, you have too many dead sessions in a Test match, which you don’t want to see. You want to see exciting cricket and guys working hard for runs, being in the battle all day.”

Kohli joined Ravi Ashwin in complaining that at the deterioration in the quality of the Indian SG ball in recent times, with the recent Test against West Indies in Rajkot a particularly extreme example.

Other than at times in the West Indies, the Dukes ball is used only in England. In 2018 it continued to swing for longer periods than usual meaning batting was constantly a challenge.