Stuart Law, the Windies coach until very recently, believes that if England aren’t at the very top of their game in their upcoming three-Test series in the Caribbean, the hosts could well spring a surprise.

England, ranked No.3 on ICC’s Test rankings, head into the series as big favourites. But the Windies have, every now and again, shown they are more than capable of upsetting the order – they’ve won two of their last four Tests against England.

Having worked with them since 2017 before resigning earlier this year, Law knows the mindset of the Windies players, and believes they will be desperate to prove their own fans wrong.

Olly Stone has been ruled out of England’s tour of the West Indies with a stress-related back injury.https://t.co/v6eajBbso9

The hosts will, furthermore, draw inspiration from the fact that they pulled off a stunning victory in Leeds in 2017, when Shai Hope scored twin tons. “Don’t underestimate the home team,” Law said. “There’s a core group of senior players who have been there for a while now and proved they can do it.

“A lot of that group played in that Test match at Headingley, so if England aren’t on their game, West Indies have got the team to make an upset.

“The best thing about this series is England are going in as red-hot favourites. Going in as an underdog,  you’ve got nothing to lose. The Caribbean crowd will tell the Caribbean team they are not supposed to win.

“They (the West Indies team) like proving people wrong as well. It should be reasonably comfortable for England on paper but out on the ground, there are a few guys there with a point to prove and opportunities to cement a place for a long time in the West Indies set-up. I wouldn’t discount them.” 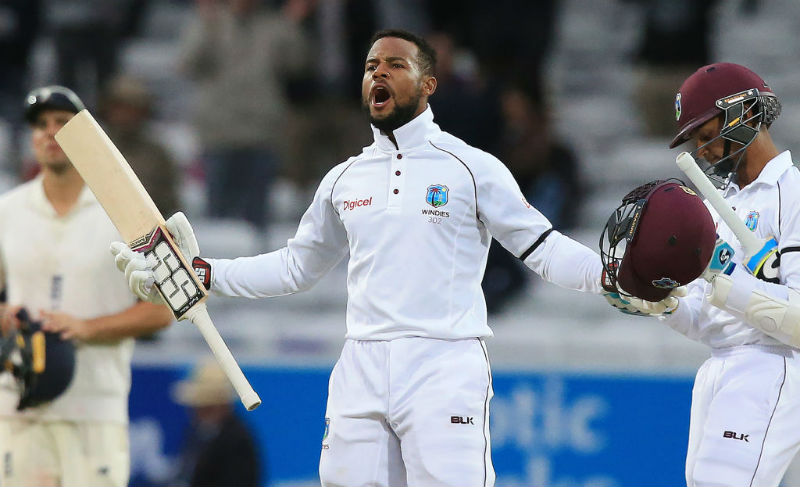 The triumph at Leeds was the Windies’ first in England in 14 years, and Law, who was their coach at the time, said the outcome had instilled self-belief in the team.

“Shai Hope, Kraigg Brathwaite, Jason Holder and Shannon Gabriel – those guys (played) their hearts out. Shannon Gabriel bowled fast every time he bowled a ball. The two batters, they just had a dream Test match. They can do it, that’s the thing. It comes down to self-belief. If they’ve got self-belief they can achieve anything they want those guys.”

England whitewashed Sri Lanka 3-0 in their last outing in Tests and will head into the first Test, starting 23 January in Barbados, with their confidence bolstered after their bowlers showed exceptional form in the first warm-up game.