In his first Test in the English home season, Moeen Ali has shown that he belongs. He first did it with the bat, scoring a crucial 40 in England’s first-innings score of 246, and went one better with the ball on Friday, August 31, taking 5/63 at Southampton.

Ali’s spell triggered a middle-order collapse that saw India slip from a strong position of 142/2 to 195/8 before Cheteshwar Pujara’s masterful partnerships with the tail helped India to 273, securing a slender 27-run lead.

Ali was dropped from the playing XI owing to failures in Australia and New Zealand over the course of the English winter. But the off-spinning all-rounder didn’t let that dent his confidence, and worked his way back into the team with a splendid all-round performance for Worcestershire in the County Championship.

Five wickets for Moeen Ali! How good has he been? 🙌

“It is about believing you are not a bad player after one bad winter,” Ali said after play on the second day. “Many players have gone through that. For me, it was about moving on and hoping it made me a better player, a stronger character.

“It was about going out there performing for my country knowing I can do well here in England because I have done it before. Yes, it was a bad winter but I shrugged it off.”

He felt the role he’s been entrusted with in the match is best suited for him. “This role is my best, batting [at No.7] and as a second spinner. It gives me confidence and freedom, and I end up playing better.”

For any additional inspiration, Ali only had to evoke memories of the last time he played a Test at Southampton against India, in 2014. His off-spin had yielded eight wickets, including six in the second innings, to help England win by 266 runs. 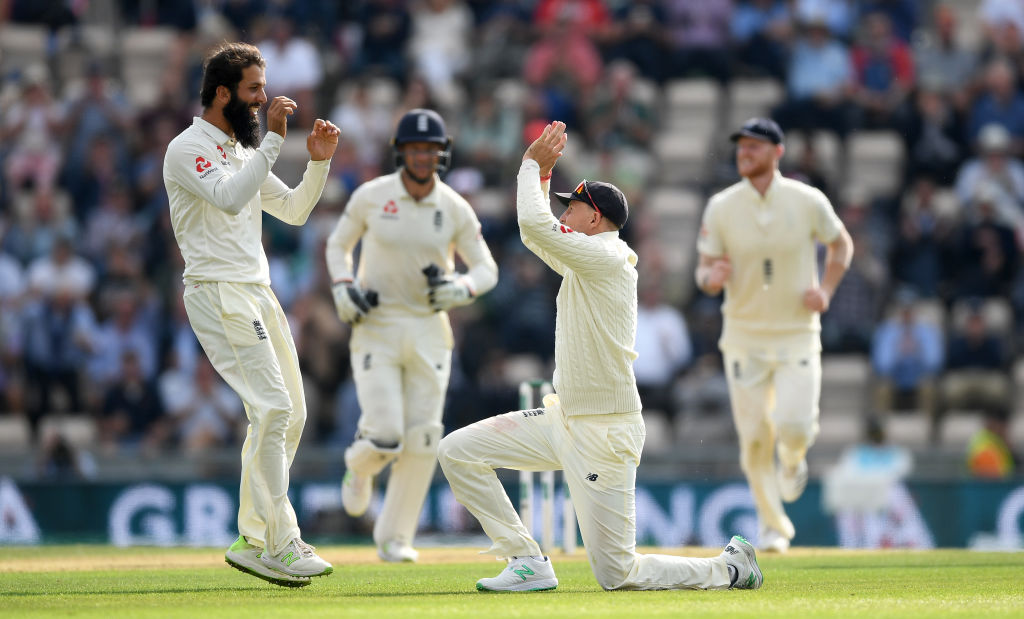 “Last time I was here, it gave me a bit of confidence for today,” he said. “It brings back memories and it’s nice to have that at the back of your mind. It was great to be back and have so many people cheer for you.

In a single day of Test cricket at home, Ali equalled the number of wickets he got through the course of the entire 2017-18 Ashes series, but he said he had put that behind him.

“Australia is a difficult place for a foreign spinner, no matter who you are. For me it was about getting over that and coming back knowing I have played India in England before, done well and there was no reason why not again.” 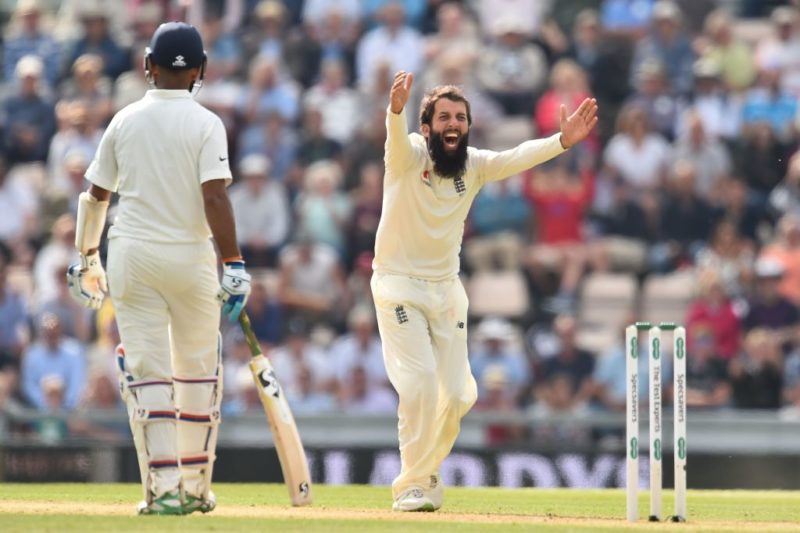 “We will have to fight hard to win this series here”

His five wickets might have pegged India back, but he is fully aware that India are going to fight tooth and nail to try and level the series.

“That will be difficult against their bowlers, but we will have to fight hard to win this series here,” he said. “After my first over I thought I would be in the game throughout this Test match, which was nice.”