Taha Hashim looks ahead to what could be a defining series in the fascinating career of Mohammad Amir.

Prior to the first home Test of the recent English summer, there was a burgeoning sense of anticipation in the air. Pakistan were in town and so was a certain Mohammad Amir, ready to grace the hallowed Lord’s turf once more.

Over two years had passed since Amir’s return to international cricket, his time in the wilderness a memory of the past. The swing merchant’s previous Test visit to St. Johns Wood had been starkly different to the infamous debacle of 2010. The 2016 win over England had been a redemptive tale, and Amir marked his appearance at the ground by taking the final wicket in a Yasir Shah-inspired win, uprooting the stumps of Jake Ball with a searing delivery. As he wheeled away in celebration, it appeared that the lost boy of Pakistani cricket was set, finally, to become its leading man. 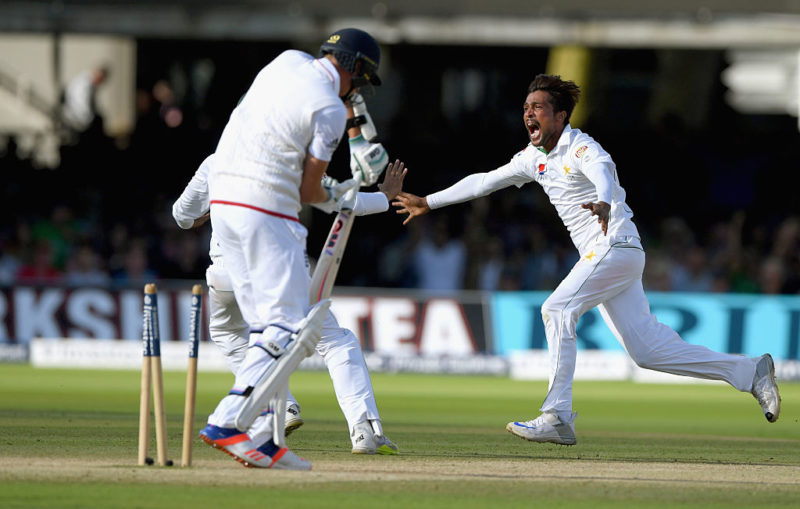 Celebrating a famous Lord’s win in 2016

Unfortunately, since then it hasn’t been the grandiose comeback that Pakistani fans spent years dreaming of. Amir’s 19 Tests since July 2016 have yielded 56 wickets at 33.21, which is by no means a poor return but it’s hardly the sort of record worthy of the once-in-a-generation talent that he seemed when he blasted onto the stage as a teenager.

Mickey Arthur sang Amir’s praises prior to the Test series against England, and after a strong performance in Ireland’s maiden Test, Pakistan’s head coach made it clear that the left-armer was ready to cause havoc while throwing a little caveat in the mix. “I think Mohammad Amir is the finest exponent of pace and swing when he gets it 100 per cent right,” said Arthur.

"If Amir is the bad boy of Pakistani cricket whose vicious swing provides the occasional thrill, Abbas is the model of responsibility that would please the in-laws greatly."

With England choosing to bat, the stage was ready for the older and wiser Amir to set the tone for Pakistan. Instead, it was Mohammad Abbas’s metronomic methods that shocked England, as his eight wickets in the match took Pakistan to a nine-wicket win. A more wayward Amir chipped in with five himself, but it was clear that at the helm of the visitor’s attack was the unassuming Abbas.

Amir’s last Test appearance came in the subsequent loss at Headingley, as he was left out of the UAE Tests against Australia and New Zealand. In that time, Abbas’ stock has risen exponentially, with his religious commitment to plugging away at the top of off reaping him 18 wickets against the Aussies. If Amir is the bad boy of Pakistani cricket whose vicious swing provides the occasional thrill, Abbas is the model of responsibility that would please the in-laws greatly.

Nevertheless, Amir is back for the tour of South Africa, and with Abbas ruled out of the first Test through injury, he is once again set to lead the attack. 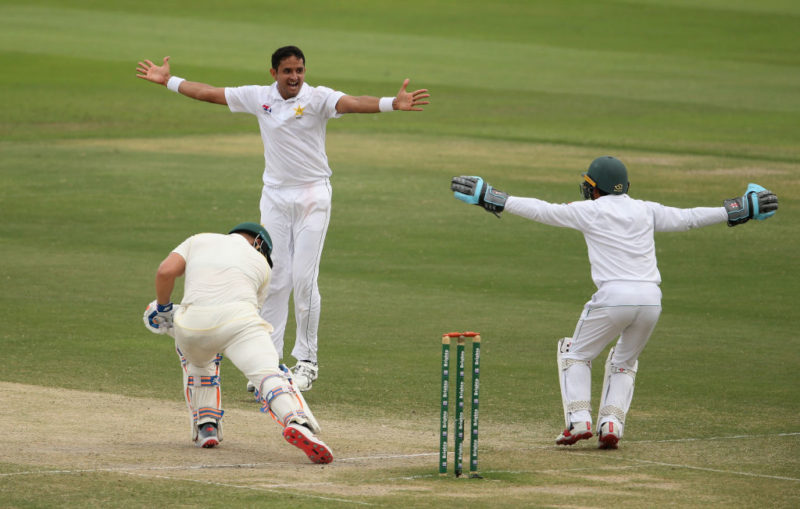 Mohammad Abbas has been a revelation for Pakistan

While the loss of Abbas might be considered catastrophic ­­– his absence was keenly felt as the Black Caps claimed a famous series win in Abu Dhabi ­– the crowds of South Africa should be treated to a rejuvenated Amir.

His displays at the Asia Cup in September hinted at a man desperately short of confidence, failing to take a wicket across his three appearances in the tournament. A return to domestic cricket was much needed and has paid dividends, with 23 wickets from four first-class matches enough to convince the Pakistani selectors of a recall.

Amir has yet to play a Test on South African soil so there is little evidence to go by in forming a verdict upon his chances of success. A solid warm-up performance against a CSA Invitation XI saw him enjoy a three-wicket burst in the second innings, helping his side to a six-wicket win, so the early signs are positive.

He might just need a little luck. As was shown in Wisden Cricket Monthly’s recent analysis of the best fast bowlers in the world – courtesy of CricViz statistics – Amir has been hindered by some abject Pakistani fielding over the last few years. Since his Test return, Amir has had only 64.5 per cent of his created chances taken, repeatedly finding the edge only to see his team-mates slip up when attempting a catch. No pace bowler who has created at least 20 catching opportunities in the same period has endured worse luck. 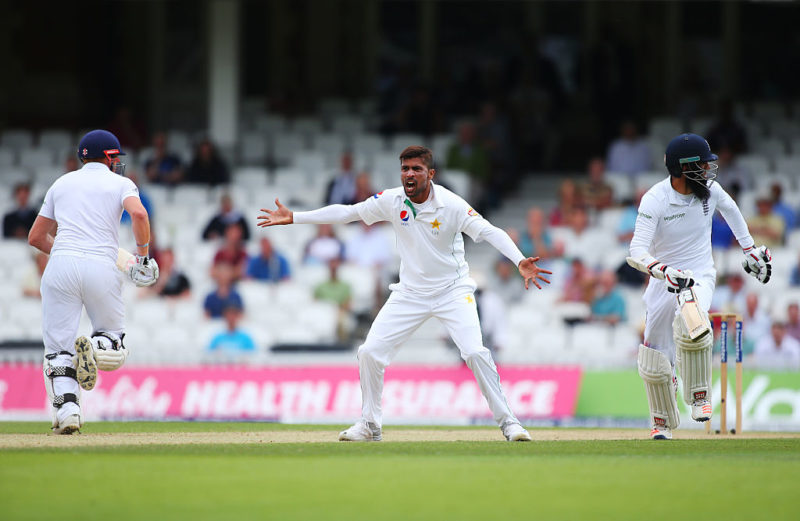 A little bit of luck could go a long way

Amir’s fortunes will most certainly be helped by the fact that he does not have to turn out in the suffocating heat of the UAE. He has collected only seven wickets from his four appearances there across the last two years, at an average of 56.42. His omission from the matches against Australia and New Zealand may have been a blessing in disguise.

Related Story: Stats: Mohammad Amir’s record-breaking BPL haul
Pakistan will be hoping that Amir’s new-ball wizardry comes to the fore, with a good deal of South Africa’s batting hopes resting on openers Aiden Markram and Dean Elgar. This will be South Africa’s first home Test series after the retirement of AB de Villiers and follows on from a crushing 2-0 away defeat at the hands of Sri Lanka. While these shores may not be Pakistan’s favourite ­­– they have never won a Test series in South Africa ­– now may just be the moment Amir confirms himself as a world-class fast bowler once more.