West Indies have recalled the experienced duo of Sunil Narine and Kieron Pollard to their T20I squad for the first two games of their three-match series against India, beginning August 3.

“We felt that players like Narine and Pollard, who have played well in T20 leagues around the world, once they are fit and mentally ready to play, we must give them the opportunity to represent the West Indies again,” Robert Haynes, interim chairman of the selection panel, said.

Chris Gayle made himself unavailable for the T20 leg, opting instead to play in Canada’s Global T20 League. Andre Russell, who battled knee injuries during the 2019 World Cup, and was ruled out midway through the tournament, has been named in the squad. However, the 31-year-old all-rounder will have to undergo a fitness test before the first game.

Narine, whose last international appearance came in a T20I against England in 2017, makes a return to the West Indies squad as the primary spinner, and will link up with left-arm spinner Khary Pierre, who played all of his three T20Is in India last year.

“This squad is an excellent balance of experience and youth,” Haynes said. “It’s not just about the present, we are also looking at the T20 World Cup coming up next year. It is important that we find the right combination of players, and the right formula for defending our title.” 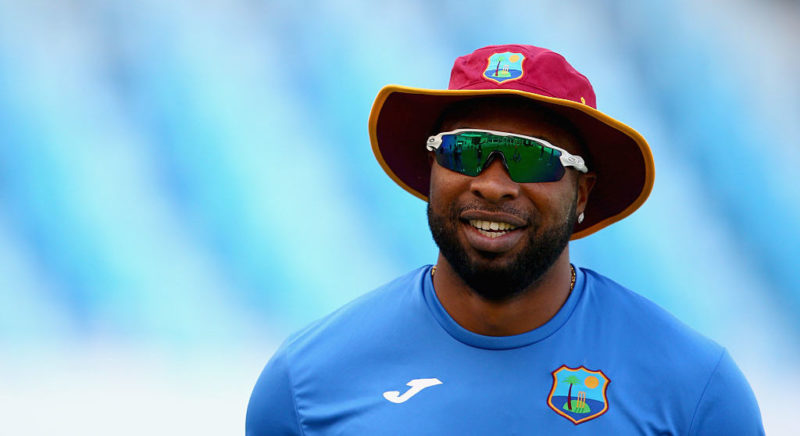 Pollard has featured in just four international games, all T20Is, in the last two years

The two-time men’s T20 World Cup champions will also be bolstered by the return of Kieron Pollard, who last featured on the India tour in 2018. The all-rounder, who made key contributions in Mumbai Indians’ fourth IPL triumph earlier this year, has featured in just four international games, all T20Is, in the last two years.

Uncapped Anthony Bramble has also been included in the 14-man squad. The 28-year-old Bramble will provide an additional wicket-keeping option alongside Nicholas Pooran.

"We have to make sure that we put certain things in place now so that when it comes to picking the squad for the T20 World Cup, it becomes easier"

“He [Bramble] is young, and has a lot of ambition,” said Haynes. “We saw his character come out in the way he batted whenever Guyana Jaguars were in problems in the West Indies Championship and Super50 Cup. We know he is capable of getting the job done.

“We have to make sure that we put certain things in place now so that when it comes to picking the squad for the T20 World Cup, it becomes easier. [That is why] we are giving more players the opportunity to play and get the exposure.”