Facing an uphill task after having conceded the first Test in a two-match series, Bangladesh celebrated their 100th Test outing with a memorable win over Sri Lanka.

Sri Lanka’s well-established superiority at home had already made its appearance in the opening Test, where they brushed aside Bangladesh by 259 runs at their old fortress Galle. Already under the pump, Bangladesh’s bid to level the series when the two teams arrived at Colombo’s P Sara Oval was made even harder by circumstances off the field. Wicketkeeper-batsman Liton Das had picked up an injury, and senior player Mahmudullah had been unceremoniously dumped from the XI.

Nonetheless, Bangladesh cut out all the noise and began earnestly by doing things right from early in the Test. A solid, well-rounded first-innings batting performance had given them a lead of 129. And with Sri Lanka closing out day four on 268-8, Bangladesh had a real chance to create something special. 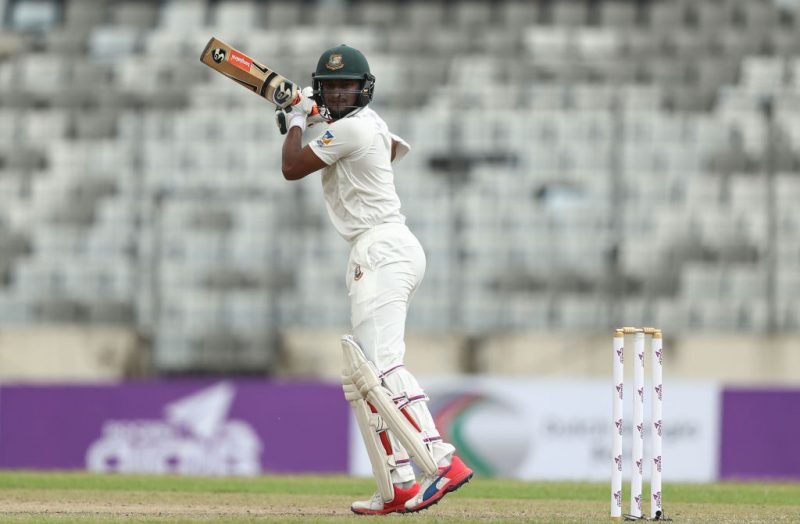 They didn’t necessarily start off on the best foot, as overnight batsmen Dilruwan Perera and Suranga Lakmal extended their overnight partnership to an unlikely 80 runs, 50 of which were made on the final morning. Perera was eventually dismissed for an even 50, and Lakmal for a 48-ball 42 that gave Sri Lanka 190 runs to defend.

Targets of 200 or thereabouts have always been tricky to chase down in the island nation, and before long, Bangladesh were 22-2. With Perera and birthday boy Rangana Herath extracting turn and bounce from both ends, the pressure was on and the signs had become ominous early.

What Bangladesh needed now was a hero, a character who could withstand a test of his resilience and see them through this demanding phase. They found one in Tamim Iqbal, who hung around doggedly, supported ably by Sabbir Rahman. Together, the duo stitched together 109 for the third wicket, and soon the early nerves were a thing of the past. 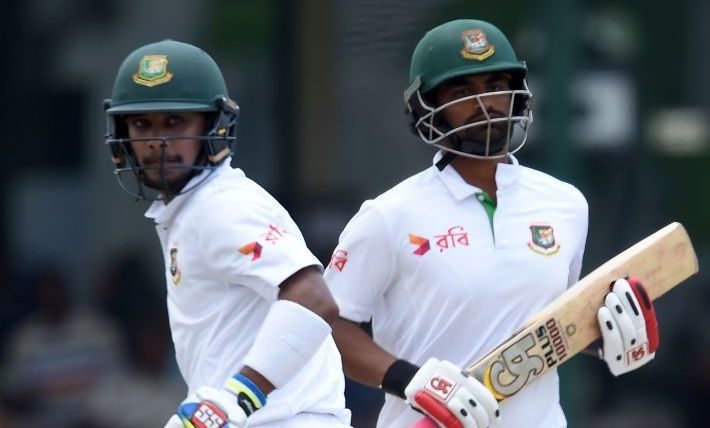 As their innings grew, Tamim and Sabbir began unfurling more confident strokes, using their feet to good effect and daring to go inside out to the spinners. Tamim’s sequence of four and six off left-arm spinner Lakshan Sandakan was a sign of the mounting pressure on the home team, as Bangladesh surged ahead.

Eventually, however, the expressiveness of the batsmen resulted in one stroke too many. Tamim skied Perera to mid-on, where Dinesh Chandimal pouched an excellent catch, running back to his right. It opened the gates for a Sri Lankan comeback, as Bangladesh conceded three wickets for 31 runs. When first-innings centurion Shakib Al Hasan was dismissed with 29 still needed, the game had opened up significantly.

Then, things began falling back in place for Bangladesh. Mushfqiur Rahim was adjudged lbw but had the decision overturned after a review, and Herath dropped a sharp return catch from Mosaddek Hossain.

Bangladesh continued to peel off boundaries. Mosaddek eventually nicked behind after Herath hit the rough. But at that point, a Bangladesh win was a matter of formality, with two runs needed. Mehidy Hasan Miraz delivered it to them with a reverse sweep, as Bangladesh capped off a memorable 100th Test outing with their maiden win on Lankan shores.