Victory in the one-day international series seemed no more than a distant possibility for England after they were completely flummoxed by Kuldeep Yadav in Nottingham.

However, two comprehensive back-to-back victories since have justified England’s position at the top of the ODI rankings.

Yadav’s 6-25 in the first ODI prompted suggestions that the England batsmen would struggle against the left-arm wrist-spinner for the rest of the series, but by the ODI at Headingley, they had him sorted even though he picked up three wickets.

Yadav conceded 55 runs without a wicket in his 10 overs in the final ODI in Leeds as England secured a comfortable eight-wicket victory. Joe Root scored a second consecutive century, and was ably supported by captain Eoin Morgan (88*), after their bowlers had restricted India to 256-8. 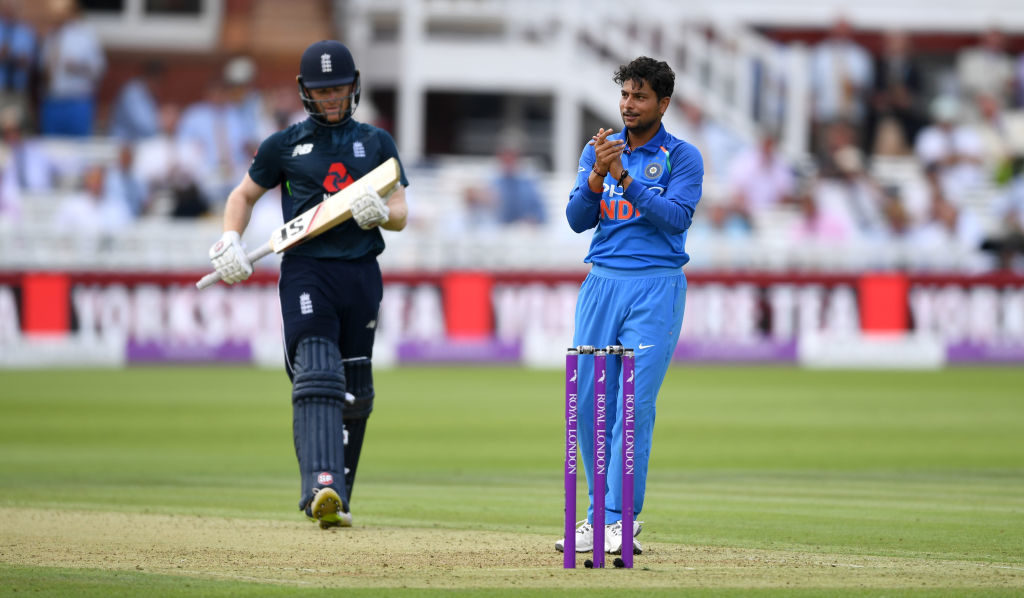 Morgan couldn’t be more pleased with his side. “I think we were outstanding,” he told Sky Sports. “Tone was set by the bowlers early on. David Willey (3-40) and Mark Wood (1-30) were on the money. For about three or four overs it swung around but apart from that they hit their lines and their lengths really well.

“From that point, there was no let up, we managed to get little (bowling) partnerships going at different stages and had really good chances taken when opportunities did arise. We know the conditions here really well so we were able to take advantage of that.”

For all that, however, the standout performance at Headingley was from Adil Rashid. The leg-spinner returned 3-49, including a ripper to Virat Kohli that left the Indian captain open-mouthed, and bowled well in tandem with Moeen Ali, who failed to take a wicket but contained the flow of runs.

“I thought our spinners were brilliant and the chase was set up by the two openers – James Vince (27) and Jonny Bairstow (30) – and then myself and Joe were able to get going,” said Morgan.

Morgan also found praise flowing his way for his captaincy – he won the toss at Lord’s and in Leeds, and while he opted to bat in London, he decided to chase at Headingley. England won both.

Related Story: Eoin Morgan open to Alex Hales return if ‘breakdown in trust’ can be resolved

“It’s the guys who make my decisions look good. At Lord’s, winning the toss and batting only looks good if we play well,” said Morgan.

“Like any other captain around the country or the world, you’re only as good as your team. I thought we got better as the series went on, at Trent Bridge (first ODI), we were off the mark and India punished us. From there we’ve learnt and grown as much as we can.”