Pakistan take on Australia for two Tests in the United Arab Emirates starting October 7, and the series could turn out to be a direct contest between the spinners from both sides.

The prevailing high temperatures and the flat nature of pitches may make conditions conducive for batting but the presence of two world-class spinners in Nathan Lyon and Yasir Shah isn’t going to make the batsmen’s jobs any easier.

Here are three key battles that may decide the outcome of the Tests.

Two spots all but filled, two yet to be finalised for Australia in their first Test against Pakistan.

Usman Khawaja v Yasir Shah
In the absence of Steve Smith and David Warner, the responsibility of getting runs at the top lies on the shoulders of the experienced Usman Khawaja. However, the job will not be easy, more so because of his perceived frailties against spin.

Khawaja’s average of 66.75 against Pakistan is healthy but he’s played all of this three Tests against them in Australia. He got some runs in India while on tour with Australia A, and he’s confident his difficulties against the turning ball are behind him.

So, on his maiden tour to the UAE, it will be about an experienced batsmen trying to prove his credentials on turning tracks against the opposition’s ace spinner, who averages 25.30 in the UAE.

Azhar Ali v Nathan Lyon
Nathan Lyon is a far improved bowler since the last time he played Pakistan in UAE in 2014 – in that series he’d taken just three wickets from the two Tests while being smashed for 422 runs. Since then, Lyon has learned and perhaps even mastered the art of bowling Asian conditions. In 2017, six Tests across India and Bangladesh yielded him a rich haul of 41 wickets. 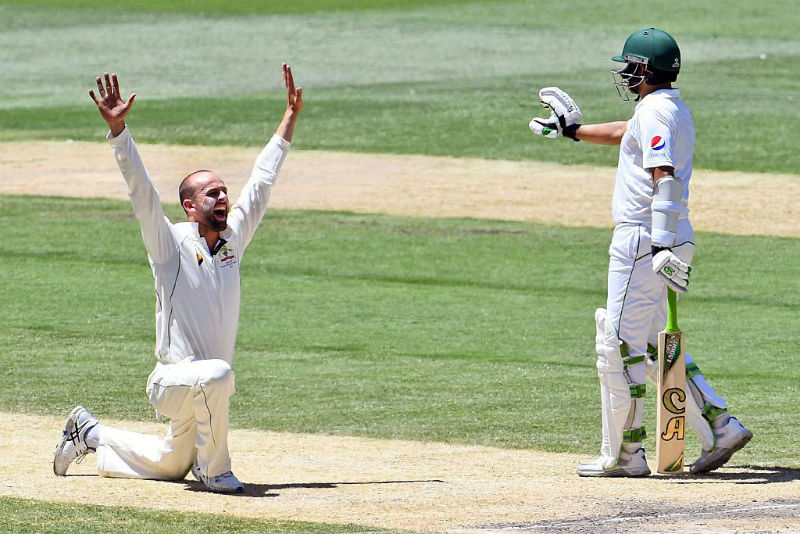 Lyon will pose the key threat to Pakistan, having outwitted the best Indian and Bangladeshi batsmen. Pakistan will want a senior batsman like opener Azhar Ali to lead the way in thwarting the off-spinner’s impact. Ali has excelled against Australia both home and away, boasting an average of 69.75 against them. He’ll feel confident in his abilities to tackle Lyon.

Sarfraz Ahmed v Mitchell Starc
Ahmed and Starc have exchanged a few mild words in lead up to the series with the former calling Starc out for sledging and the fast bowler responding that he’d never said anything to the Pakistan captain although he’d bowled him a couple of times. That undercurrent of tension makes for an interesting narrative, but there’s more to it than plain drama. 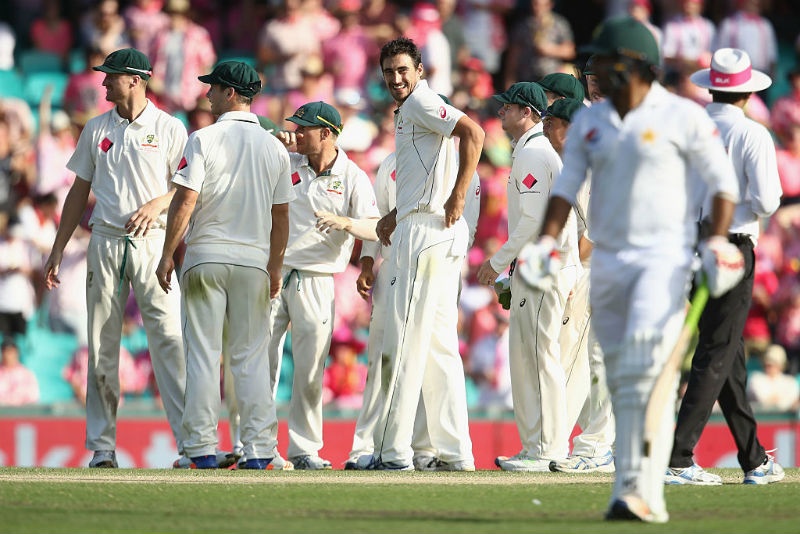 Ahmed is short on runs in the recent past and will want to rediscover his form in the comfort of familiar territory, while Starc will be on the hunt for wickets to make up for the mediocre returns (2/142 in Abu Dhabi in 2014) he managed the last time he played a Test in UAE.

The bowler knows he will have to play a supporting role to Lyon this time, rather than go on an all-out attack, and wait for the possible reverse swing.