Former Australia captain Ricky Ponting made use of the scarcity of cricket in the world currently to take a trip down memory lane and revisit one of the proudest moments in his career.

Ponting retrieved the shirt he wore the first time he captained Australia in Test cricket and shared a picture of it on Twitter.

In what seems like an auction-worthy piece of memorabilia, the shirt contains signatures from all the players of Australia’s then-world conquering outfit, which Ponting captained with much success over six years.

When I captained my first Test the boys signed this shirt and left messages. I remember this Test most for the brilliant batting from @damienmartyn and @darren_lehmann in what were very tough conditions. pic.twitter.com/LpUzgxIXzp

“When I captained my first Test,” Ponting wrote on Twitter, alongside the picture, “the boys signed this shirt and left messages. I remember this Test most for the brilliant batting from Damien Martyn and Darren Lehmann in what were very tough conditions.”

The tough conditions Ponting speaks of were at the Galle International Stadium, where Sri Lanka have historically been near-invincible over the years. 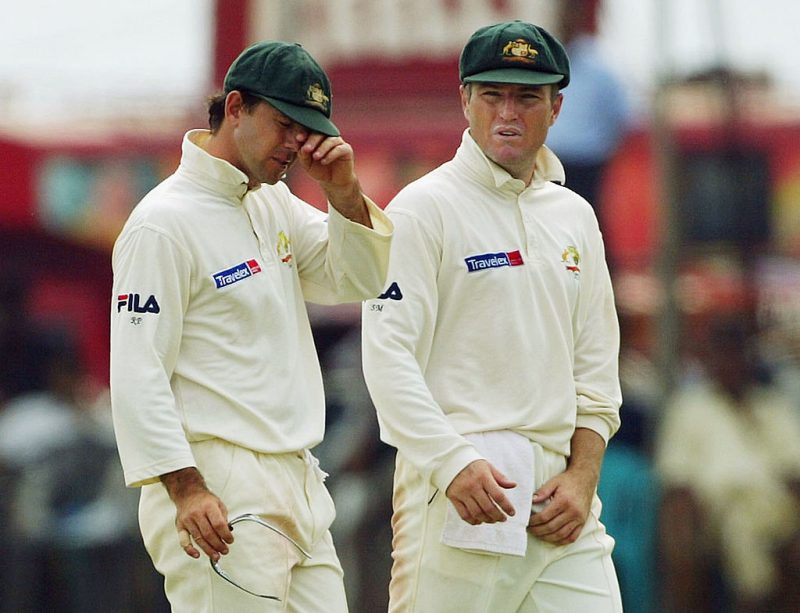 After bundling Australia out for 220 in the first of three Tests during Australia’s 2003-04 tour of the country, the home team picked up a huge first-innings lead of 161 runs.

Australia, however, bounced back strongly in the second innings, racking up 512 on the back of centuries from Matthew Hayden, Martyn and Lehmann, and went on to prevail, by 197 runs, in the first of many wins for Ponting as Test captain.

Ponting captained Australia from 2004 to 2010, for much of which period Australia ruled over world cricket with an iron fist. Ponting picked up 48 wins in his 77 Tests in charge, the most for any Australian skipper ever, and the second most of all time, behind South Africa’s Graeme Smith, who has 53 wins to his name.