Rishabh Pant, the young India wicketkeeper-batsman, has to improve his shot selection, “talent or not talent”, Ravi Shastri, the India coach, has told him in no uncertain terms.

Shastri’s criticism of the 21-year-old comes after he was dismissed for first-ball ducks twice during India’s tour of the Caribbean. In the first T20I, during the USA leg of the tour, Pant attempted a slog sweep and sent it straight to the fielder. In the third ODI in Port of Spain, with India chasing 255 in 35 overs and Kohli at the other end, Pant danced down the track and mistimed the first delivery to mid-off.

His lack of discipline hasn’t gone down well with the management, and Shastri said “a rap on the knuckles” was due. “[It is disappointing] when you see a shot like the one in Trinidad, off the first ball,” Shastri told Star Sports.

The rains continue and the match has officially been called off. See you in Chandigarh for the 2nd T20I #INDvSA pic.twitter.com/BjZ9Y7QAf2

“[If] he tries to repeat it a couple of times and gets out, he will be told. There will be a rap on the knuckles there, talent or no talent, because you are letting the team down, forget letting yourself down. You are letting the team down in a situation where you have the captain at the other end. You have a target to chase where the need of the hour is some sensible cricket.”

There is increased scrutiny on Pant, now that the selectors have acknowledged he is being groomed as MS Dhoni’s successor. With Dhoni being unavailable for the Caribbean tour, and no real clarity on his future ahead of the home series against South Africa, Pant is the specialist ‘keeper for the side in all three formats.

Pant didn’t entirely impress in the West Indies, though. The highest score he managed was 27 in three Test innings, while apart from the 42-ball 65* he scored in the T20I in Providence, he only made one other two-digit score – 20 in the second ODI – in five other limited-overs matches. 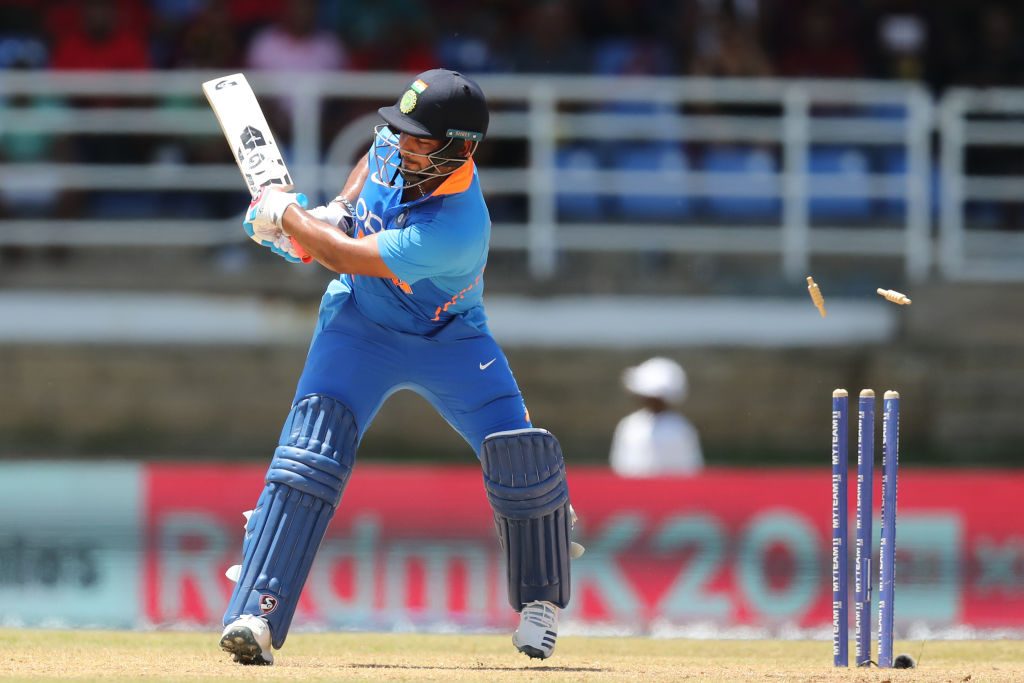 Pant was dismissed for two golden ducks against West Indies

Kohli stressed that Pant wasn’t being asked to change his approach. “Expectations are only of reading situations,” the captain said. “You don’t expect a guy to play according to what you might be thinking. It’s about analysing the situation, and finding your own way of dealing with the situation.

“Someone like Rishabh might hit five boundaries in a difficult situation compared to me who likes to take ones and twos and get out of it. So everyone has their own game. But reading the situation and decision-making is the expectation from all the players, including myself.”

The first T20I between India and South Africa in Dharamsala was washed out on Sunday, September 15. The second T20I in Chandigarh will be on Wednesday.