Quinton de Kock looked all at sea during the Test series against Sri Lanka, but seems to have found his mojo in the ODIs, which South Africa lead 2-0 after their four-wicket win the second game.

He was also involved in three dismissals behind the stumps, and his efforts earned him the Player of the Match award. The 25-year-old, however, was just happy to be contributing again.

This man was at his destructive-best in the second One-Day International against Sr Lanka. ?@QuinnyDeKock69’s brilliant 87 (13 fours, 1 six) proved crucial in South Africa taking a 2-0 lead in the series and earned him the Man of the Match award. #ProteaFire #SLvSA ??? pic.twitter.com/XE7TNN9fjO

“Obviously, I am feeling more satisfied than I was in the Test matches, it was quite tough then,” he said. “Coming now into white-ball (cricket), the change of format, adding some value to the team, (it) is always nice. It’s great also to be on the winning side in Sri Lanka. All things are good at the moment.”

De Kock also enjoyed being able to trust the turn, given how hard it was to do that in the Test series. “Coming from the Test series, it was quite difficult to play spin, especially when the wickets are given a chance to deteriorate over a couple of days,” said de Kock. “It’s nice to come into white-ball cricket, you know the spin is going to be a bit truer. 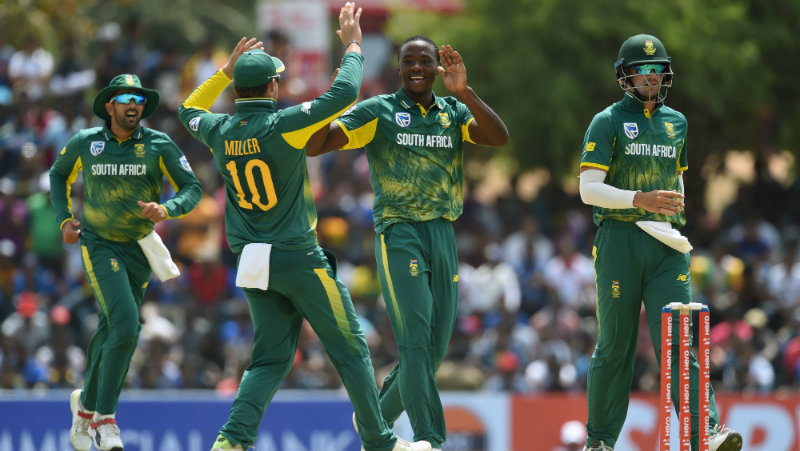 The South African bowlers have been excellent in both the ODIs

“We practised hard during the Test series to deal with the spin, so it’s nice for me and for the team to finally be playing spin properly. It was the mission going two-nil. Hopefully (now, we go) three-nil, and then win the series, will be a great way to go through the series.”

South Africa have put in excellent bowling performances in the ODIs so far. They bundled out Sri Lanka for just 193 in the first ODI, and managed to restrict them to 244-8 in the second game. The batsmen then chased down the target with minimum of fuss.

“In the one-day format, it’s always nice taking wickets up front,” said de Kock. “That’s the goal for any bowling side. The more wickets you take up front, the more you can control in the middle. So yes, that’s the plan.” 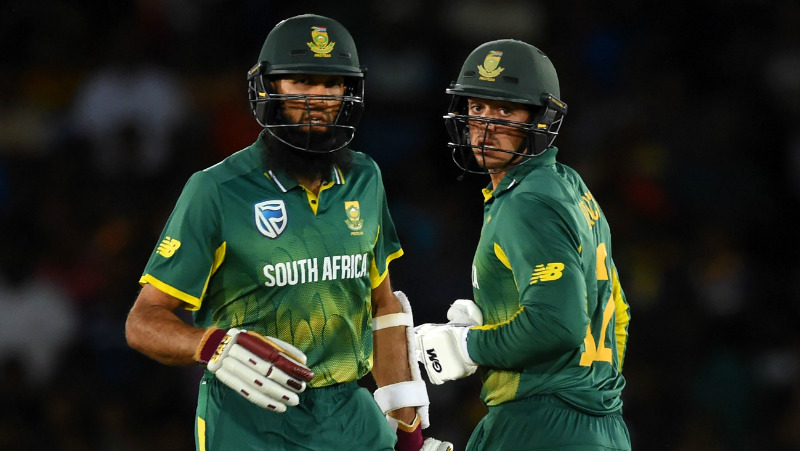 Happily for South Africa, Hashim Amla returned to form as well on Wednesday, scoring a run-a-ball 43 and adding 91 runs with de Kock for the opening wicket. They laid a fine platform for the chase.

“I think Hash’s demeanour is very relaxed,” said de Kock. We keep each other very calm. That’s what we do well together. It was just wonderful to get along with him and score some runs together with him.

The third ODI will be played at the Pallekele International Cricket Stadium on Sunday, August 5.