All-rounder Sam Curran has described his international inauguration as a “rollercoaster” and is eyeing the scalp of Virat Kohli after missing out on lining up alongside him with Surrey, as England prepare to host India in the first T20I on Tuesday.

The India captain had been due to play a handful of matches for the county outfit in June before a neck injury quashed such hopes. “I was pretty excited when he was meant to be my team-mate at Surrey and I was expecting to be laughing at the other county bowlers,” Curran said. “Now if I get the chance it’ll be my chance to get taken down! It’ll be fun. 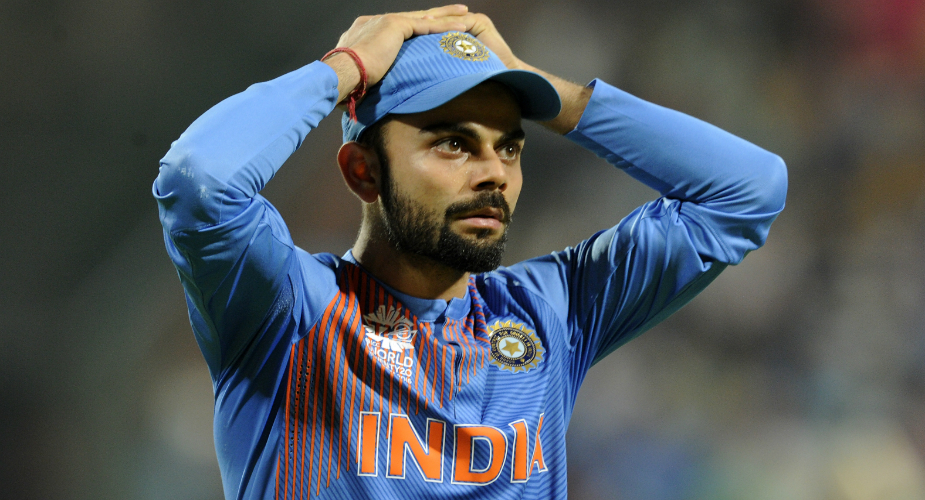 Virat Kohli is coming to town

“You want to play against these big names and test yourself, find out where you need to improve. All the Surrey boys were gutted he didn’t come because we were expecting some big crowds and learning the way he trains, apparently he’s a freak in the gym, so it would have been special to work with him.”

“Bowling at Kohli is probably like what other teams think bowling at England [is like] at the moment. They are special, particularly on these wickets. 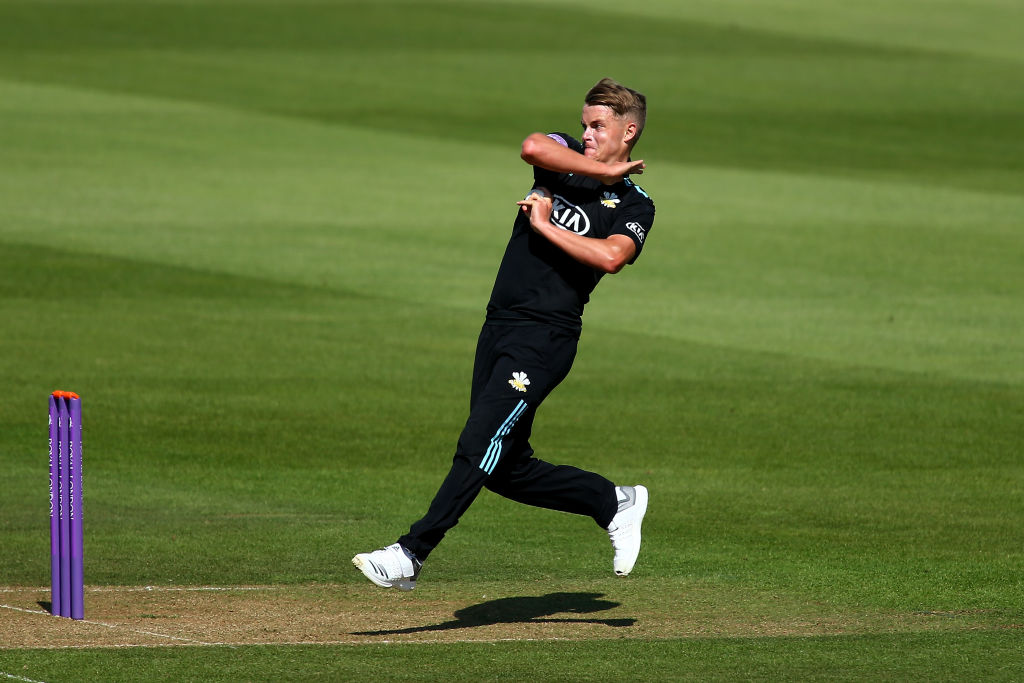 Fresh from a 2-0 victory in a two-match T20I series last week, India are likely to provide a stiffer test compared to Australia, whom England whitewashed in the five-match ODI series in June, which included a world-record score of 481. They then beat their old rivals in the only T20I.

Curran, who played the final two ODIs against Australia, became England’s youngest ODI wicket-taker ahead of Stuart Broad at Old Trafford, claiming two middle-order wickets despite getting off to an expensive start.

“After my first two overs I thought it would be a pretty long day and that I’d end up going for 100! Luckily enough it swung round quickly and I’ll take those couple of wickets.”

If included at Old Trafford, Curran will complete a hat-trick of international debuts in under a month. “It’s been a pretty special couple of weeks,” he added. “Wouldn’t have thought it at the start of the summer, thought I’d just deal with my Surrey stuff but that’s how things go, you just get on a roll and ride the rollercoaster and just try to enjoy it.

“Watching Jimmy and Broad on the sofa and then next thing I know I’m stood at mid-on watching while they are steaming in. It’s pretty surreal. I won’t forget it.” 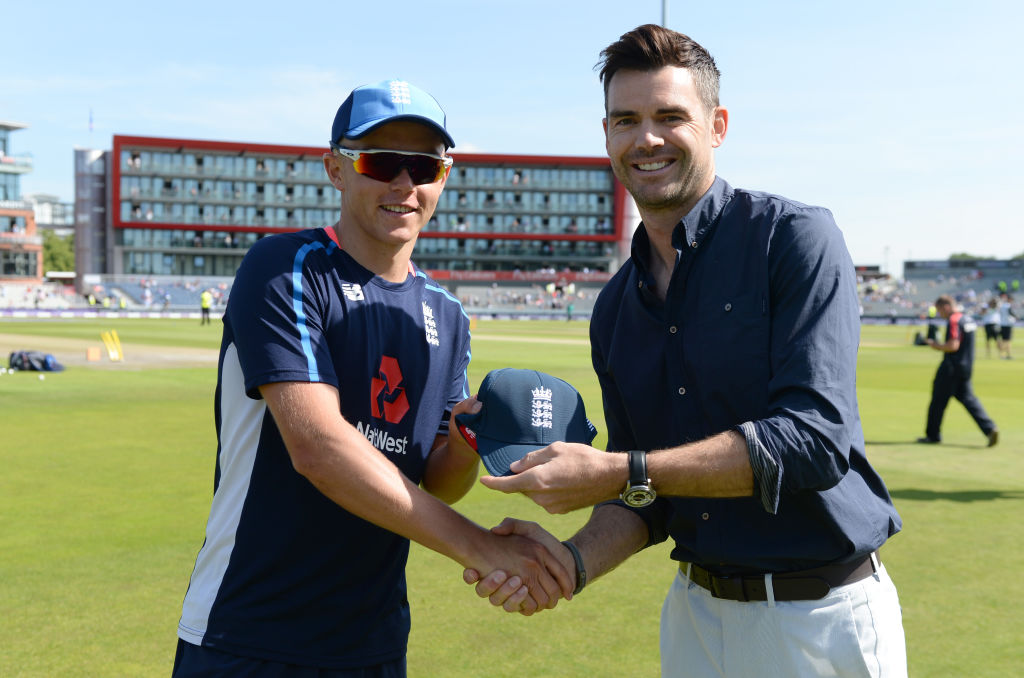 Curran wasn’t included in England’s initial ODI squad to face India and will now switch his attention to Surrey’s Vitality T20 Blast campaign, which launches this Friday against Kent at the Oval.

“We go into the Blast every year with some serious names,” he said. “We have [Aaron] Finch and [Jason] Roy up top who are pretty explosive, and we’ve signed Nic Maddinson to slot in behind them after a couple of games. Morne Morkel is a massive signing and is scaring a few people in four-day cricket, and with a packed house at the Oval it’ll be the same. Everyone wants to get to Finals Day, so hopefully we can be there.” 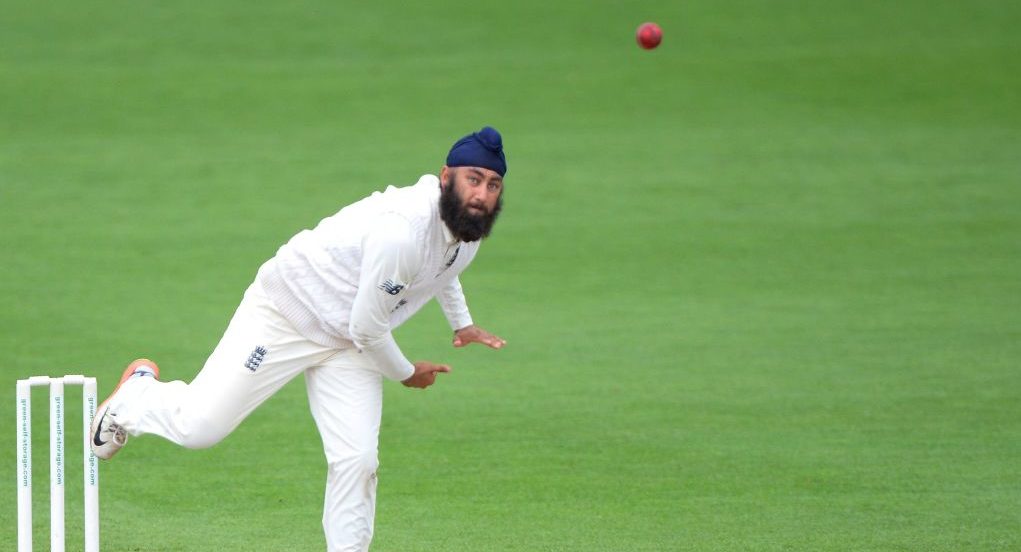 Curran is one of a crop of young players making a huge impression with the County Championship table-toppers, including Ryan Patel, Amar Virdi and Ollie Pope.

“It’s been pretty mad,” he said. “I started first, then Ollie Pope came through last year in T20s, and Ryan Patel and Amar Virdi in the four-day stuff. This year Will Jacks is in. I have played with them since U-15s and some of them have played together since U-9s or below.

“It’s pretty cool, some of the wickets Amar Virdi has got this year is amazing. He has got some serious players out when filling the shoes of Batts. Pope has three hundreds this year. He whacked it in T20s and has taken it to four-day stuff. Hopefully it carries on.”

Curran is arguably more regarded as a bowling all-rounder at this stage of his career, but he sees himself batting up the order in future. “Definitely I see myself at 4, 5, 6, especially higher up in one-day cricket,” he said.

“Maybe a bit like Stokesy (Ben Stokes) does for England, I could see myself doing that at Surrey. Who knows how it’ll pan out over the next couple of years but I do want to be a batter who bowls, but it will always be tough to get up the order when you’re bowling as much as I am.”