Pakistan captain Sarfraz Ahmed made no attempt to hide his anger after Ross Taylor made a gesture probably meant to question the legality of Mohammad Hafeez’s bowling action during the first ODI between the home side and New Zealand.

Taylor made the gesture at the end of Hafeez’s first over and didn’t try to be subtle about it. He looked straight at the other end and made a bowling action with an angled elbow.

Ahmed was infuriated and immediately took the matter up with the umpires. 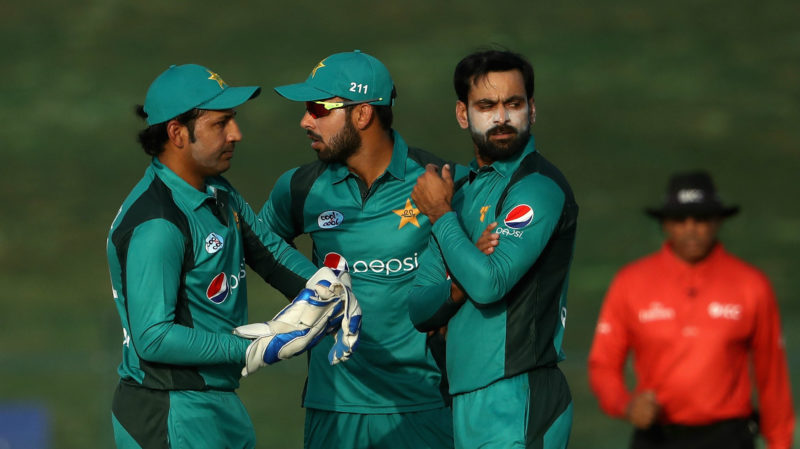 The in-form Taylor was unfazed by the episode, though, and went on to compile a match-winning 80 on a slow pitch. The incident far from died down there, with Ahmed going on to call Taylor’s gesture ‘disgraceful’.
Related Story: Mohammad Hafeez cleared to resume bowling

“I will say that Taylor’s action was not correct,” he said in his post-match press media interation. “It’s not his job to give (the) action which was shown on TV. It was disgraceful, for me.

“His job is to do batting and if he concentrates on that, it’s better. I complained to umpires that his action did not come under sportsmanship.

WATCH: @RossLTaylor accusing @MHafeez22 of chucking in his first over 😲

Is that not for the match officials to decide? 🤔

“Ross is a professional cricketer and he should not have done that. He did it two or three times – it’s (the) umpires’ job. Hafeez’s action has no problem and (Taylor) was trying to create an issue without a reason.”

According to reports, the Pakistan team have lodged an official complain with match referee Javagal Srinath.

Hafeez has been banned from bowling on four separate occasions by the ICC, and this could increase scrutiny on the way he delivers the ball yet again.

But it remains to be seen how the authorities deal with Taylor’s gesture in the first place.

New Zealand won the first ODI by 47 runs, Trent Boult starring with a hat-trick to make sure Taylor’s knock didn’t go in vain. The second of three ODIs will be played in Abu Dhabi on November 9.