The ICC announced on Tuesday that Bangladesh all-rounder Shakib Al Hasan will serve a two-year ban from playing all cricket, with one year of that suspended, after he accepted three charges of breaching the governing body’s anti-corruption code.

The charges are in relation to Shakib’s “failure to disclose to the ACU [anti-corruption unit] full details of any approaches or invitations he received to engage in Corrupt Conduct”.

Alongside their press release announcing the decision, the ICC attached a written statement – signed by chief executive Manu Sawhney – explaining how they came to their conclusion. Here are some key details from the document:

The document noted that Shakib, in 2008 or 2009, reported an approach to engage in corrupt conduct to an anti-corruption official, aware that it was his duty to report it.

Shakib was aware of his obligation to report the approaches

Shakib was interviewed by the ICC’s anti-corruption unit in Bangladesh on January 23, 2019, and August 27, 2019 “in relation to an ongoing investigation into potential corrupt conduct under the Code, including but not limited to the activities of an individual known to the ACU and suspected of involvement in corruption in cricket, Deepak Aggarwal”.

According to the ICC, Shakib was “cautioned” that the information provided by him could be used as evidence to support a charge if he was found to have breached the ICC’s anti-corruption code. He then “admitted various failures to report approaches made to him to provide Inside Information to Mr Aggarwal”.

Shakib: “I want cricket to be a corruption free sport and I am looking forward to working with the ICC ACU team to support their education programme and ensure young players don’t make the same mistake I did.”https://t.co/emmEKYrl1O

Shakib also admitted that he was aware that he was obliged, under the code, to report to the ACU approaches he received to engage in corrupt conduct; the 32-year-old said he knew that failure to do so was a breach of the code.

The ICC’s explanation said that Shakib’s telephone number was “provided to Mr Aggarwal by another person who was known to Mr Al Hasan”.

During the course of the Bangladesh Premier League, in mid-November 2017, Shakib and Aggarwal exchanged WhatsApp messages – initiated by Aggarwal – with Aggarwal seeking to meet him.

Sri Lanka and Zimbabwe visited Bangladesh for an ODI tri-series in January 2018.

On January 19, Shakib received a WhatsApp message from Aggarwal that congratulated him on being named player of the match in that day’s game between Bangladesh and Sri Lanka: Shakib struck 67 and took 3-47 in a 163-run victory.

Aggarwal then followed that up with this message: “do we work in this or I wait til the IPL”. The ICC’s written statement highlighted that “‘work’ in this message was a reference to him [Shakib] providing Inside Information to Mr Aggarwal”.

On January 23, Aggarwal sent a WhatsApp message saying: “Bro anything in this series?” Shakib confirmed this to be related to Aggarwal’s request for inside information from the tri-series.

Shakib did not report either approach to any anti-corruption authorities. 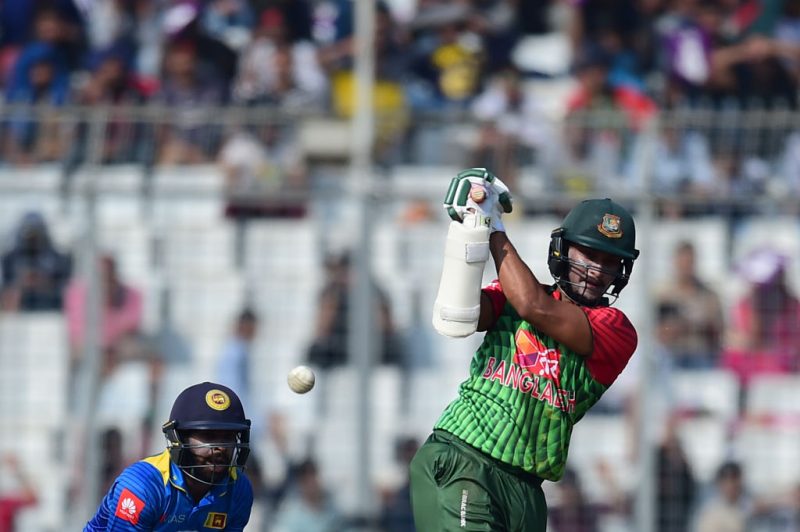 On April 26, 2018, Shakib played for Sunrisers Hyderabad against Kings XI Punjab in the Indian Premier League.

Shakib received a WhatsApp message from Aggarwal asking whether a particular player was going to play in the game. The ICC statement said the conversation saw Aggarwal “talking about bitcoins, dollar accounts”, and he asked Shakib for his “dollar account details”. The statement added: “During this conversation, he [Shakib] told Mr Aggarwal that he wanted to meet him ‘first’.”

Shakib’s conversation with Aggarwal on that day included deleted messages. The ICC statement added: “He [Shakib] confirmed that these deleted messages contained requests from Mr Aggarwal for Inside Information.”

Shakib was found to have breached Code Article 2.4.4

The article: “Failing to disclose to the ACU (without unnecessary delay) full details or any approaches or invitations received by the Participant to engage in Corrupt Conduct under the Anti- Corruption Code.”

The range of sanctions for breaching this code is a ban ranging from six months to five years.

The reasons for why Shakib was handed a two-year ban:

The ICC listed a number of “aggravating factors” in Shakib’s case: he failed to report, “not one, but three approaches”; the approaches were made over the course of several months; the approaches were clear in that Agarwal’s “intention was to obtain Inside Information to use for betting purposes”; and Shakib’s experience as an international cricketer – “having participated in several anti-corruption education sessions” – should have made him act more responsibly. His position as Bangladesh’s Test and T20I skipper was also listed as a factor.

Mitigating factors included Shakib’s co-operation during his interviews with the ACU, “prompt admission of his breaches following receipt of the Notice of Charge”, his remorse and contrition, good disciplinary record prior to the breach, and that his “offences did not substantially damage the commercial value and/or public interest in the relevant matches”, nor did they affect the outcome of those matches.