Ravi Shastri, who was re-appointed as India’s head coach, believes that the side needs ‘fresh perspective’ in T20Is, and is hoping to draw a distinction between the two limited-overs set-ups.

“In T20Is, we need to take a fresh perspective and consolidate on the fabulous talent we have,” Shastri told Times of India, two days after being reinstated. “One-day cricket and T20s have vastly different identities, and one cannot look at it through the mere lens of ‘white-ball cricket’.

“We’re the No.1 Test team and No.3 in ODIs [they are No.2]. In T20Is, we’re No.4, and that’s because we’ve not played those many matches in that format recently. It’s still a work in progress and there’s a lot more to be done.”

"T20 is a wholly different ball game, and that is how we are going to pursue it. At best, four, or maximum five, cricketers from the present 50-over setup fit in a T20 perspective right now"

After winning the inaugural T20 World Cup in 2007, which set the stage for a global spike in popularity of the shortest format, India have fallen short of reclaiming top honours in the shortest format. Since the 2014 World T20, however, India have played the most number of T20Is [66], winning 43 out of them, with a win/loss ratio only bettered by Pakistan and Afghanistan, among Test-playing teams. 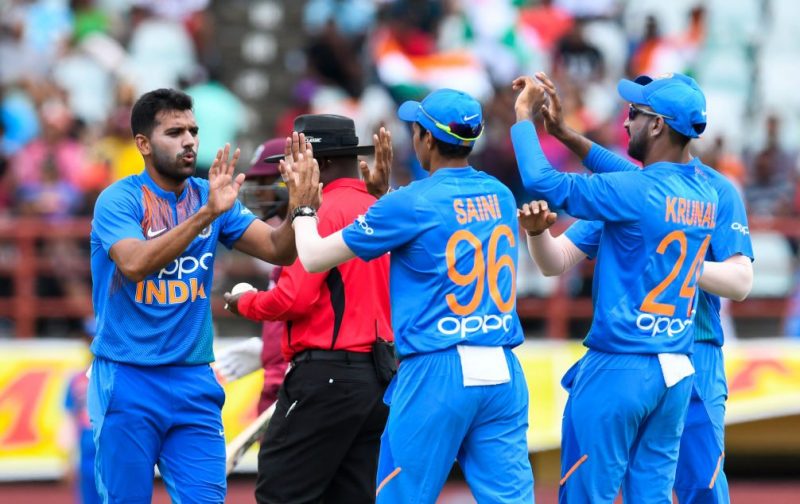 Shastri is aiming at bringing in a ‘constant flow of fresh, young talent’ to the India set-up

In the same time frame, four out of the ten most capped T20I cricketers have been from India, with the side showing a tendency to retain a large chunk of its ODI core in the shortest format. Shastri believes that, with a heavy influx of youngsters, that approach could change in the future.

“T20 is a wholly different ball game and that is how we are going to pursue it. At best, four, or maximum five, cricketers from the present 50-over setup fit in a T20 perspective right now. We need to begin with that perspective and build on it.”

Ravi Shastri has been re-appointed Head Coach of the Indian men's team.

Happy with that India fans? pic.twitter.com/1f7nxyd4AY

With the Indian Premier League serving as a steady conveyor belt of potential T20I candidates, Shastri is aiming to build a pool of players who would constantly find themselves in the reckoning, ensuring that the set-up doesn’t suffer from stagnation.

Related Story: CricViz: Why Hardik Pandya may be India’s most important T20I player

“Bench strength is everything if we’re looking at things from a long-term perspective. That constant flow of fresh, young talent has to be there. Be it Rishabh or Jasprit Bumrah, Kuldeep, Hardik, Mayank, Shankar – they’re there, constantly raising their hands up. That kind of a pool does wonders when the only objective is to ensure you don’t end up with, let’s say, any kind of deadwood.

“The same will happen as we go about building our T20 perspective. There’s quite a bit of a talent pool out there that needs constant tapping.”