Tim Southee will captain New Zealand in the three-match T20I series against Sri Lanka, scheduled to begin next month.

The 30-year-old Southee will replace regular skipper Kane Williamson, who, along with Trent Boult, has opted for a pre-planned rest following the ongoing Test series against the Lankans.

“Following that amazing ride in the ODI World Cup, it’s exciting to begin setting our sights on another world event,” selector Gavin Larsen said in a statement. “The series in Sri Lanka will be a challenging one against a team who are tough to beat in their own conditions.

The last time New Zealand visited Sri Lanka to play T20Is was in 2013, when they lost the two-match rain-affected series 1-0. They, however, hold a superior head-to-head record against the island nation, winning eight of the 16 matches, losing six.

Southee, who’s played 58 T20Is since his debut in 2009, has captained New Zealand in three T20Is thus far, the latest of which was also against the Sri Lankans, in a one-off game in January this year.

“Kane and Trent played an enormous role in our recent World Cup campaign and with a big summer ahead, we see it as a good opportunity to give them a rest”

Williamson, who led the Blackcaps to their second successive World Cup final this year, and was named Player of the Tournament, will be eyeing much-needed rest in the lead-up to next year’s T20 World Cup. The 29-year-old has played the joint-most [65] international games for the side since the 2017 Champions Trophy. Boult has played 61. 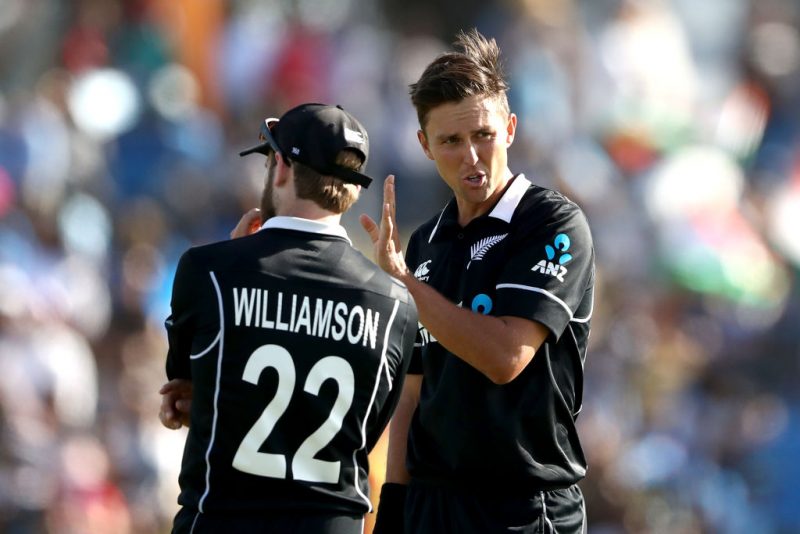 “Kane and Trent played an enormous role in our recent World Cup campaign and with a big summer ahead, we see it as a good opportunity to give them a rest,” said Larsen. “Our T20 team has been pretty consistent over the past couple of years and we’re really happy with the power and versatility we have in this squad.”

Wicketkeeper Tim Seifert, who missed the bus for the World Cup, returns to the set-up, which includes eight members from the tournament in England. The spin trio of Ish Sodhi, Mitchell Santner and Todd Astle have been chosen.

The first game is on September 1, at Pallekele. The other two games will be also be played at the same venue, on September 3 and September 6.