“He is not yet medically ready and our information makes that very clear,” CSA’s acting director of cricket Corrie van Zyl told Sports24.

Steyn had made himself available for the three-match T20I series, looking to make a return from the recurring shoulder injury that ruled him out of the 2019 World Cup. However, he did not find a place in the Quinton de Kock-led 15-man squad for the series.

I did… Obviously lost my number in the reshuffling of coaching staff.

The 36-year-old gave a tongue-in-cheek reply to a tweet from a journalist pointing out that Chris Morris had made himself unavailable for the series. Steyn responded with, “I did … Obviously lost my number in the reshuffling of coaching staff.”

When it was put to him that “the new selectors are obviously saving you for the ‘big’ games”, he quipped, “Apologies to Virat and a billion people for thinking they not (sic).”

Earlier this month, Steyn announced his retirement from Test cricket, declaring that he would be “focusing on ODIs and T20s for the rest of my career.” 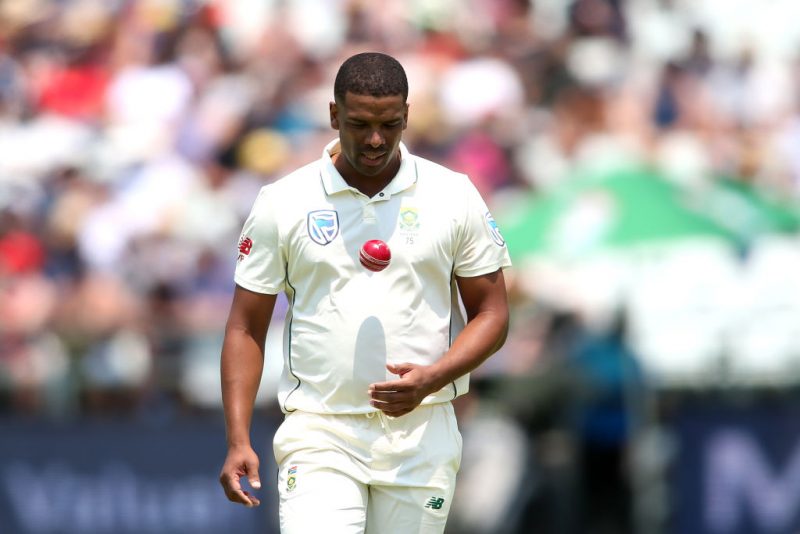 Vernon Philander, named in the Test squad, is also recovering from injury

Battling a spate of injuries in the last couple of years, Steyn returned to white-ball cricket in the lead-up to the 2019 World Cup, even featuring in the Indian Premier League for the first time since 2016. However, his stint with the Royal Challengers Bangalore was truncated after a shoulder injury resurfaced, which eventually sidelined him from the World Cup in England.

Steyn’s is not the only injury concern for South Africa ahead of the Indian tour; Vernon Philander and Theunis de Bruyn, both of whom have been named in the Test squad, are recuperating from hamstring and back issues respectively.

“Both are on track, but they will have to play one match before the tour to prove that they are fully fit,” van Zyl added.