A partnership of 79 in 6.1 overs between Colin De Grandhomme and Ross Taylor, along with some late hitting from Daryl Mitchell, helped New Zealand seal an impressive five-wicket win in the first T20I against Sri Lanka in Pallekele.

Chasing 175 to win, the tourists fell to 39-3 early on and needed 113 from the last ten overs but De Grandhomme (44) and man-of-the-match Taylor (48) stabilised the innings with some smart shot selection and execution.

The game was then in the balance after both were dismissed but Mitchell struck 25 from 19 balls in an unbroken partnership of 31 with Mitchell Santner to see New Zealand home. Lasith Malinga’s 2-23, including 13 dot balls, and 2-21 from debutant Hasaranga de Silva pegged the Black Caps back but it proved in vein.

Earlier, Sri Lanka posted 174-4 thanks to 79 from Kusal Mendis in his new role as an opener, 33 from Niroshan Dickwella and 15 off just three balls from all-rounder Isuru Udana. Captain Tim Southee was the star bowler for the New Zealand, finishing with 2-20 from his four overs. He was well supported by Santner, who took 1-22. 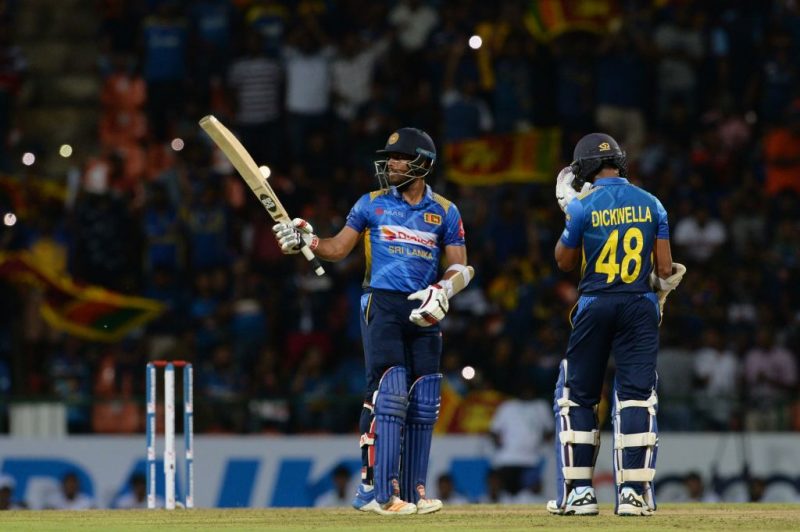 “The way Daryl Mitchell finished it off was great with the bat,” said Southee. “The experienced partnership got us back in the game and then the young guys at the end played with freedom.

“We were probably going to bat at the toss, but Ross and Colin got us back in the game, so who knows what would have happened. We have a great group of guys, younger ones play with some freedom and it’s a great mix of youth and experience.”

The two-Test series between the two sides finished 1-1, with all three T20 matches being played in Pallekele before New Zealand return home as preparation for the World T20, which begins in October, heats up.