The 2005 Ashes is argued by many to have been the greatest series of all time in the history of the rivalry. However, one Test match stands out from the crowd and remains one of the most exciting Tests ever contested.

From magic deliveries to a grandstand finish, England’s two-run victory over Australia at Edgbaston has a rightful place in Ashes history.

Here are five moments that made Edgbaston 2005 so special.

1. McGrath’s freak injury in the warm-up 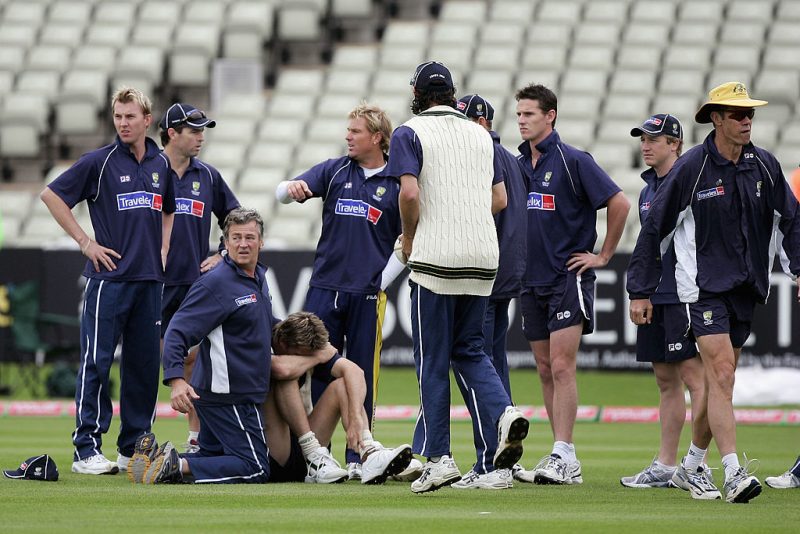 One of the infamous moments in Glenn McGrath’s Ashes career came at Edgbaston when he was injured before the start of play, boosting England’s chances significantly.

McGrath – the second highest-wicket taker in Test-match history, among seamers – was ruled out of the match after treading on a stray cricket ball during a game of touch rugby, sustaining a freak ankle injury.

“I was throwing a rugby ball back and forth and got a bad pass which skidded past me,” McGrath recalled. “I turned to pick it up and down I went. I wanted to reverse what had just happened. The boys told me I went white. I knew I was injured straight away.”

2. Warne’s Latest Claim For ‘Ball of The Century’ 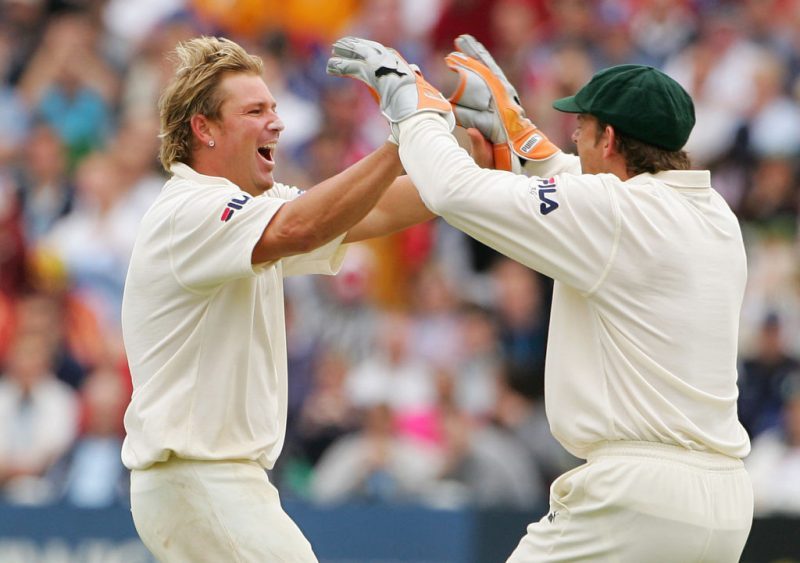 Australia had just been dismissed for 308 – 99 runs behind England’s first innings total of 407. They needed an early wicket late on day two to boost their hopes of salvaging a result.

Up stepped Shane Warne to bowl England opener Andrew Strauss for the second time in the match via a a ripping leg-spinner with the new ball. Strauss stepped outside of his stumps and played no shot, watching in horror as the ball jagged back – about a yard – and crashed into his leg stump.

It might not have been the ‘Ball of the Century’ he unleashed to Mike Gatting in 1993, but it was certainly up there with the showman’s best. 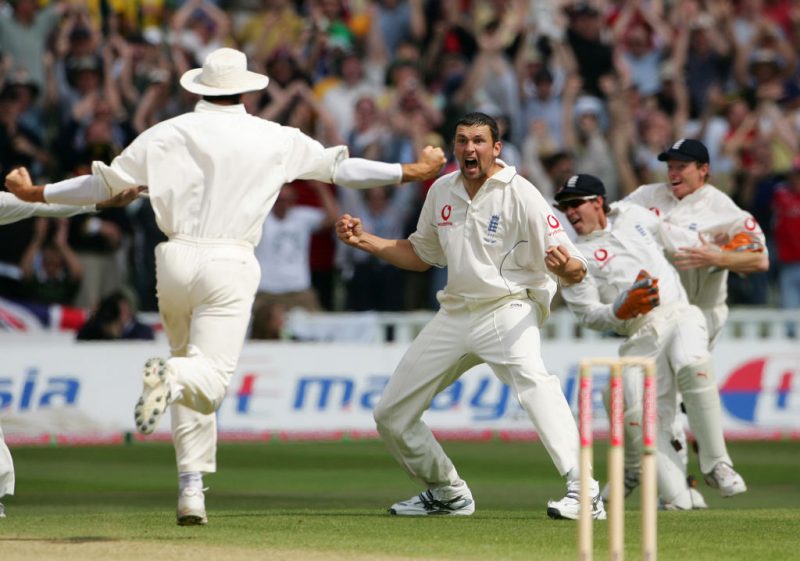 As Australia lost wickets in their pursuit of 280, young pup Michael Clarke dug in and looked on course to steer his side to victory.

Clarke was on 30, in the midst of a partnership of 48 with No.9 Shane Warne, with Australia requiring 107 runs to win with three wickets in hand, perfectly doable with Clarke at the crease.

Nevertheless, Steve Harmison produced a stunning slower ball to remove the skipper and swing the match back in England’s favour. 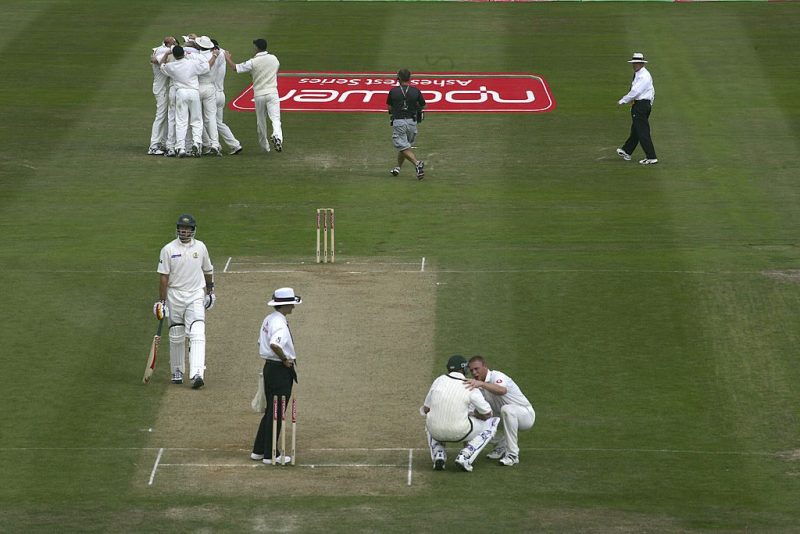 So close, yet so far for Australia. Having fought their way back into the match superbly and coming within touching distance of victory, hearts were broken on day four when the crooked finger was raised by umpire Billy Bowden.

Needing 52 to win with just a single wicket in hand, Michael Kasprowicz and Brett Lee nearly secured victory against all odds. But Harmison had other ideas as enticed Kasprowicz to feather one down the leg side, which Geraint Jones gleefully grappled, sparking wild celebrations at Edgbaston. 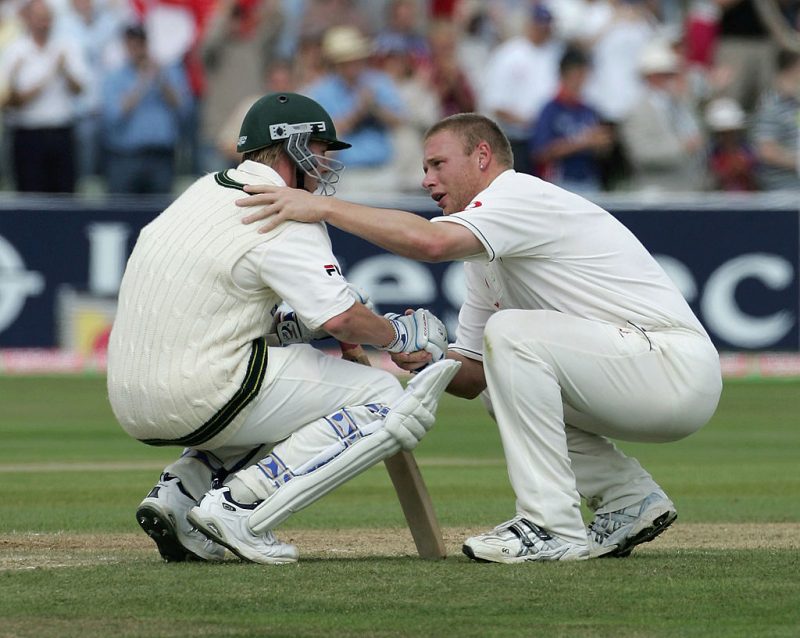 Perhaps one of the most iconic moments of the 2005 Ashes series was the sight of Andrew Flintoff consoling a heartbroken Lee.

The Australian speedster, stranded on 43, had fought so hard with Warne and Kasprowicz to pull Australia back into contention. Lee broke down and Flintoff, who could have quite easily joined in the celebrations with his teammates, tended to his rival.

England could not repeat the feat at Edgbaston in 2019 and Australia claimed a convincing 251-run victory in the first Ashes Test of the 2019 series – their first win in an Ashes series at Edgbaston since 2001.

England take on Australia at Lord’s in the second Test on Wednesday, August 14.