Picked on a combination of promise and consistency, seven players across both England squads to tour New Zealand are aged 24 or under. Harry Josephs runs the rule over what makes them so intriguing.

While Jonny Bairstow’s axing might have been the headline from the announcement of England’s squad to tour New Zealand, perhaps more significant for the future of the side was the blooding of an exciting and fresh-faced group of youngsters who could form the core of the team for years to come.

Even though he has played just four Test matches, with two six-fors and a World Cup-winning Super Over under his belt, Archer is by far the most established of the Under 24 seven. Already Archer is virtually first pick across formats, and in an odd way, it’s a mark of the esteem in which he’s held that he hasn’t been selected for the T20Is; clearly, everyone already knows how good he is.

Curran made his Test debut in the 2018 summer and was subsequently Player of the Series in England’s Test victory over India, impressing with bat and ball and delivering a series of clutch match-turning hands. He furthered his credentials with the bat in Sri Lanka but after a poor showing in the first Test in the West Indies he lost his place. He has been in and out of the side since, playing the first Test of the summer against Ireland and the final Ashes Test. While it might not yet quite be clear what exactly Sam Curran is, be it a top-six batsman who bowls or a lower-order game-changer, it is clear that he’s very exciting.

The middle-order Surrey batsman has had a fine 2019 despite suffering a serious shoulder injury early on in the summer, while his overall record is nothing short of phenomenal; he averages 67.11 across his County Championship career, and has already made two double hundreds in first-class cricket. He celebrated his call up with an unbeaten 78 before rain bought day one to a premature end at The Oval. That knock came at No.4, where he has batted for Surrey across most of the summer, but he is more likely to bat at 5 or 6 this winter. 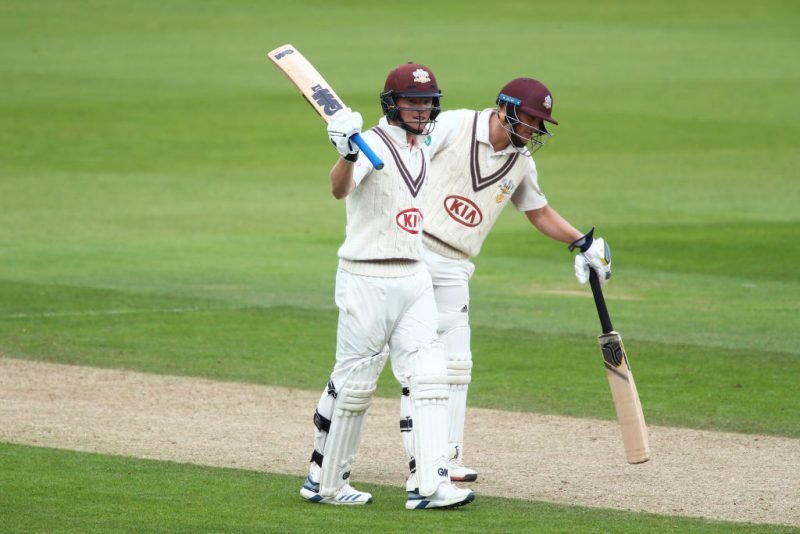 Ollie Pope celebrates reaching fifty against Nottinghamshire at The Oval.

Simply put, the outstanding batsman in domestic cricket this summer. Sibley has hit 1324 runs in the County Championship with five hundreds and five fifties; no other player has made even 1000 in the top tier. A top score of 244 this season and the fact he has faced more than 1000 deliveries than anyone else in Division One this season proves he can bat long, and as an old-school grinding opener, he could be the perfect player to lay the platform for England’s bevy of stroke-makers. It seems likely Sibley will open the batting alongside Rory Burns this winter, pushing Joe Denly to No.3, with selector Ed Smith confirming Joe Root will return to his preferred number No.4 slot.

One of the most exciting spinners to come through the county system for years. Parkinson made his first-class debut in 2016 against Warwickshire and took 5-49 from 23 overs, offering a level of control beyond his years, especially considering the difficulty of maintaining accuracy as a leg-spinner. Since then he has ousted Simon Kerrigan and Steven Parry from the Lancashire side to become first-choice spinner in all three formats.

The T20 format is where he has made his name, the leggie earning a Melbourne Stars contract in 2018 before a stress fracture ruled out that opportunity. He was the second leading wicket-taker in the 2018 T20 Blast and finished third this year, and the leading spinner both years. While his first-class opportunities have been limited, he is already developing a highlights reel of dismissals, and averages just 25.20 from 19 matches.

And if Matt Parkinson’s day couldn’t get any better, he’s just got his twin out lbw!pic.twitter.com/I4lahwbUkS

Any bowler who may have the potential to match Jofra Archer for pace is exciting, and, like Archer, Mahmood is far more than an enforcer. By his own estimation, he can swing it both ways, reverse swing the old ball, and “bash out a length all day”. He’s taken 42 first class wickets at an average just under 30, and while his T20I case is less compelling – he played just nine of Lancashire’s 15 games taking eight wickets with an economy just under nine – a stellar One-Day Cup campaign suggests he could be a force in white-ball cricket too.

Long fancied to be a future England player – especially by Sky pundit and former captain Rob Key – Crawley moved to the top of the order towards the end of the 2018 season and began with a bang in 2019, making a century and two fifties in his first four games of the season. His form has tailed of somewhat since, though a season average of 34.16 is still impressive for a young opener. He is unlikely to start the series but it only takes one injury to the England batting line-up for Crawley to be in the side.