Abu Jayed, the uncapped right-arm pacer was picked ahead of Taskin Ahmed in Bangladesh’s 15-member squad for the 2019 World Cup.

Injury concerns meant there was a call-up for Mosaddek Hossain, while batsman Imrul Kayes missed out in the squad announced on Tuesday, April 16.

Jayed made his Test debut in July 2018 and has been impressive in the five matches he has played so far. According to chief selector Minhajul Abedin, Jayed’s natural ability to swing the new ball will be helpful in English conditions. “He can swing the ball and we felt that can add value to our bowling attack,” he said.

Taskin, who missed the New Zealand tour due to an ankle injury, also does not feature in the 17-man squad that has been named for the tri-series against Ireland and West Indies that takes place before the World Cup.

Abedin confirmed that fitness issues forced them to overlook Taskin for the World Cup. “Taskin played his last ODI in October 2017 and it was a long break for him. When we thought about him again for the New Zealand series he sustained an injury once again. According to the reports we have, he is not fit. He represented (his domestic team) in one match but his fitness is still not up to the mark.”

Hossain, who last played for Bangladesh in the 2018 Asia Cup, was a surprise inclusion. A mediocre performance in the Asia Cup had led to the 23-year-old losing his place in the side. However, his recent form at the domestic level earned him the selectors’ favour. He is expected to be the back-up spin-bowling all-rounder that Bangladesh need as Mahmudullah is still recovering from a shoulder injury that was aggravated during the New Zealand tour. 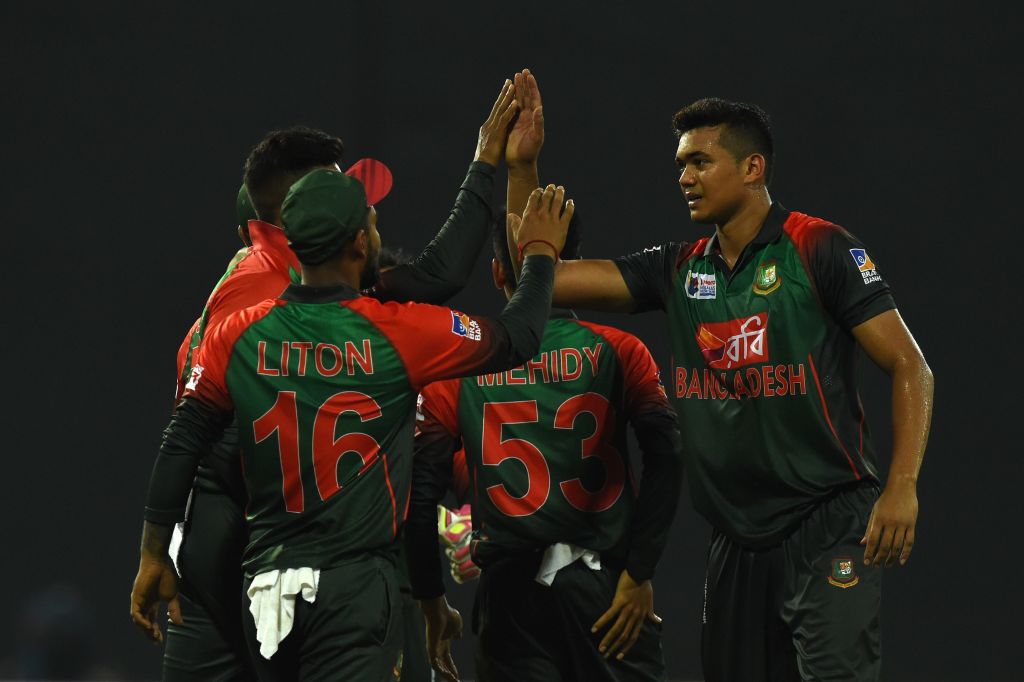 Shakib Al Hasan, who missed the New Zealand tour because of a finger injury, has been named as captain Mashrafe Mortaza’s deputy. The two along with other seniors Tamim Iqbal, Mushfiqur Rahim and Mahmudullah form Bangladesh’s core. The experienced Rubel Hossain is also included, while the rest of the squad is made up of young players, all aged under 25: Mohammad Saifuddin, Mustafizur Rahman, Liton Das, Mehidy Hasan, and Soumya Sarkar.

Liton Das is the back-up wicket-keeper and although he struggled in the New Zealand ODIs, the selectors have shown faith in his opening abilities ahead of the more experienced Kayes.

Apart from the 15, Bangladesh have also named uncapped players Nayeem Hasan and Yasir Ali for the tri-series in Ireland. Hasan, like Jayed, is yet to play ODIs, while Yasir has no international experience.