Virat Kohli, the India captain, has lauded Shreyas Iyer for the match awareness he displayed while under pressure during the ODIs against West Indies, and compared the 24-year-old to himself, saying, “I was exactly the same”.

Iyer missed out on selection for the World Cup, but has since returned to the side and struck back-to-back half-centuries in Port of Spain, helping India seal a 2-0 series win. He was an ideal foil to Kohli in each innings, helping the captain on his way to consecutive hundreds, the latest being his 43rd in ODI cricket.

Batting at No.5, Iyer followed up his 71 in the second ODI with a 65 in the final match, steering India to the 255-run target alongside Kohli. He had impressed Kohli to such an extent, the captain was reminded of his younger self. 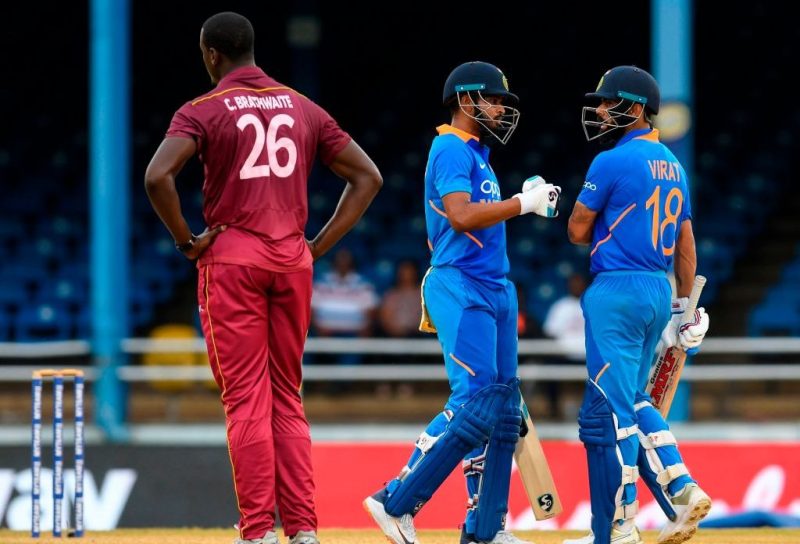 “Shreyas has come along really well, he’s just stepped in and played with a lot of confidence. That augurs really well for the team,” said Kohli. “He’s presented a strong case for himself to be a contender and a regular feature in the middle order, if he keeps continuing to play like that and take responsibility in that manner.

“I was exactly the same when I came in. Any opportunity I got, I wanted to win games for my team, and play according to the situation. You have to take risks – he was brave under pressure. You need to reveal your game, you need to realise who you are, what your game is, what kind of player you are. I think he’s heading in the right direction.”

"I was exactly the same when I came in, any opportunity I got I wanted to win games for my team and play according to the situation"

“Today we were under a bit of pressure, but Shreyas, the way he played, took all the pressure off me,” said Kohli. “I could just play with my usual tempo, control the game from one end. He understood the value of performing in these situations, and it will only boost his confidence further.”