Five years since his first-class debut and after plenty of knocking on the door, Rahkeem Cornwall has finally been called up to the West Indies Test squad, for the two-match series against India.

Cornwall is 26, and has been impressing in domestic cricket in the West Indies over the last few years. He is an all-rounder, with 260 wickets and 2224 runs in 55 matches for Leeward Islands. He’s been talked off as one of West Indies’ potential international stars for a while, and at long last, he’s got his call up. A look at his journey. 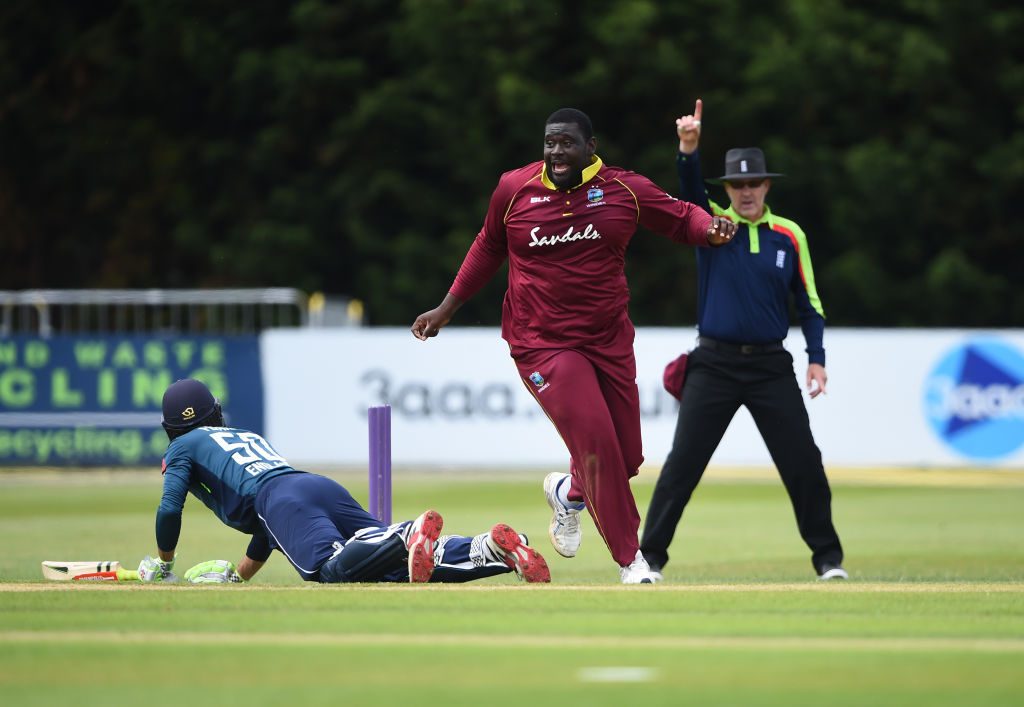 Cornwall hammered England A when they toured the Caribbean

Cornwall made his first-class debut in December 2014, when he turned out for Leeward Islands against Jamaica in Kingston. His side lost the match by four wickets, but he still scored a 94-ball 95 in the second innings, and picked a wicket with his off-spin. After continuing to impress over the next two years, he was called up to a West Indies A side to face the Sri Lanka A in 2016, and early next year, to a WICB President’s XI to face the touring English side.

He scored a 61-ball 59 and returned 1-39 in that match, and though that couldn’t prevent England from winning, it was impressive against a side comprising the likes of Joe Root, Jos Buttler, Eoin Morgan and Ben Stokes. 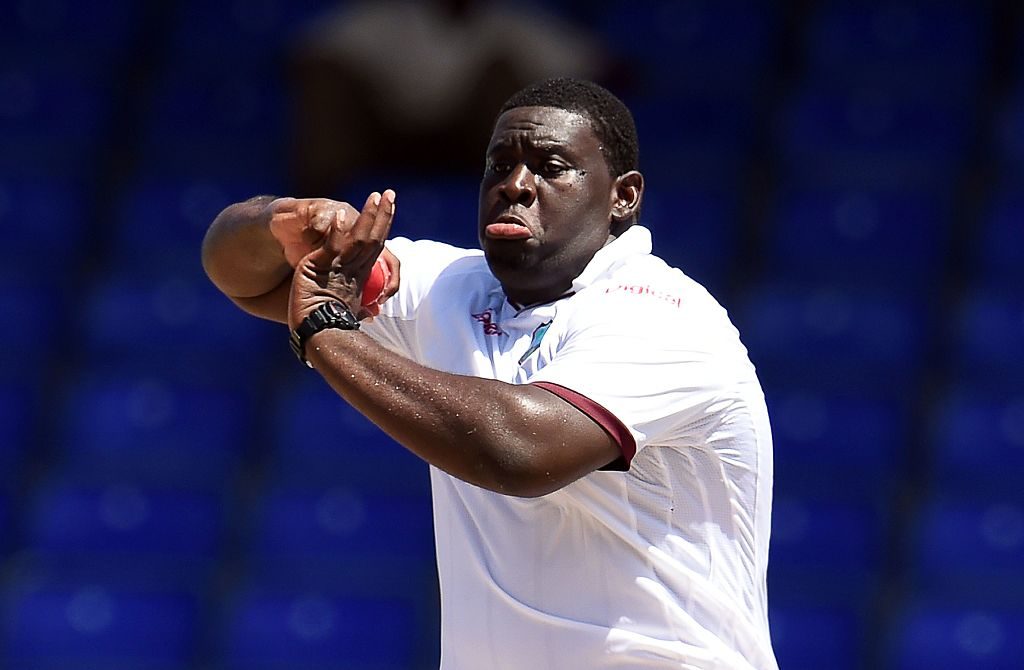 Cornwall has had to wait long for his international call-up

Cornwall continued to keep his performances coming. He has 17 five-wicket hauls so far in 55 matches at 24.23, and he’s picked up ten or more wickets in a match twice. With the bat as well, he’s been key as a lower middle-order batsman, with 13 half-centuries and a century in first-class cricket.

For West Indies A, he regularly starred, picking up 19 wickets at 18 in a three-match unofficial Test series against England. However, a full international call-up didn’t materialise.

When Cornwall was overlooked for the West Indies limited-overs side to face India, Curtly Ambrose was among those expressing surprise. “I thought he should have been selected a couple of years ago, because to be honest, he had been very consistent for the Leeward Islands,” Ambrose was quoted as saying by the Antigua Observer.

“Every ‘A’ team tour or series he has done well, bowled a lot of overs, taken a lot of wickets, scored some runs. He doesn’t come off the field for whatever, so it is not about his cricket. Why he hasn’t been selected, I have no idea, but I think he deserves a chance.”

Cornwall topped the wicket charts at the 2018-19 Regional Four-day Tournament, with 54 scalps in nine matches, and even captained Leewards Islands this year. In the clash between India A and West Indies A this month, he scored two half-centuries in the two four-day matches, and picked up five wickets. He was amongst the wickets in the one-day matches as well, picking up five in four games. 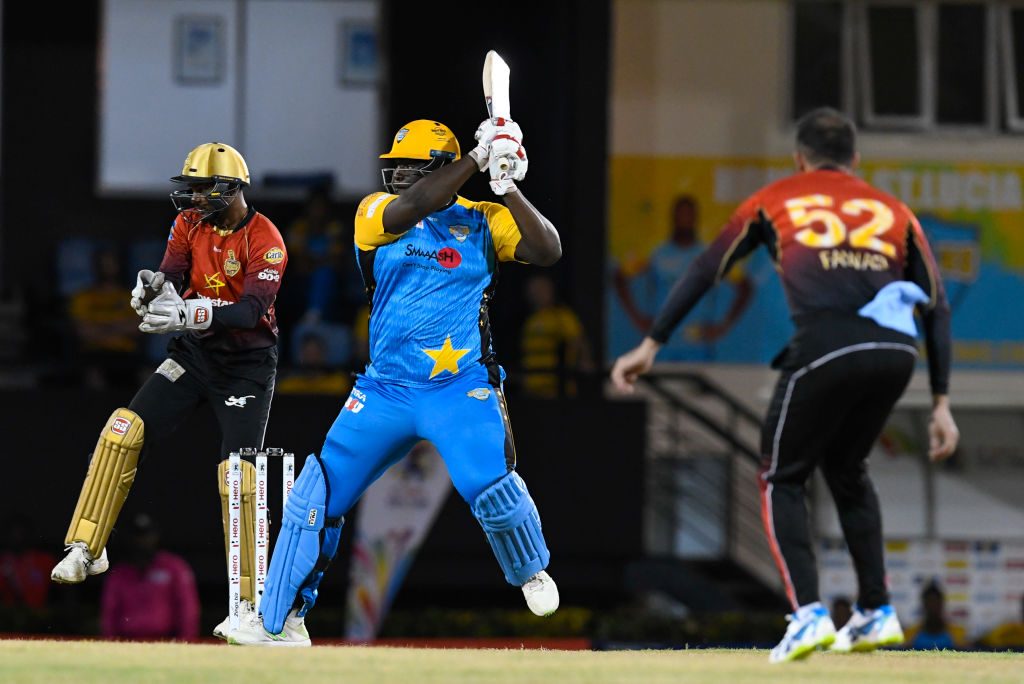 Cornwall can hit it a long way

Cornwall possess a minimal batting style – there is little feet movement, much like Chris Gayle, but anything in his arc is swung away with clean hitting. He usually clears the fence with ease, using his considerable power to good effect, but he has also shown a sense for the cheeky stuff during the Caribbean Premier League. 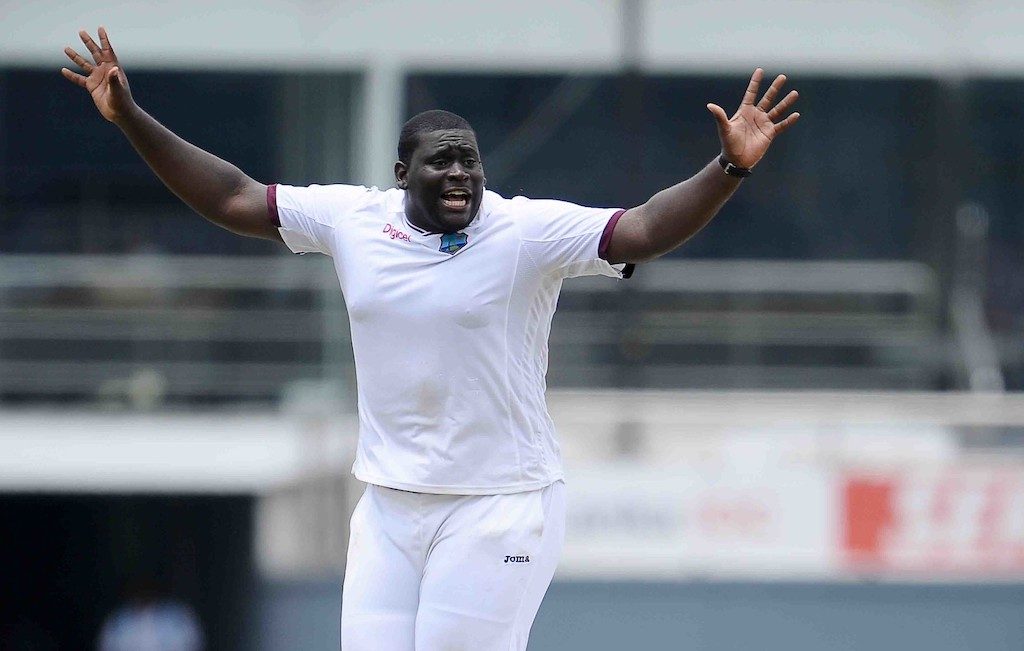 A fitness programme was set up by WICB for Cornwall

Cornwall usually towers over the rest of the field at 6’6”. He has struggled with his weight, and though that hasn’t affected his cricket – evident by his excellent returns – he has had to defend his physique in the past.

“There are many ways in terms of fitness – you have cricket fitness, and physical fitness,” he said in June, according to the Antigua Observer. “People may use that as an excuse, but that doesn’t affect me in any way. I just have to keep pushing.” A programme was set up by the WICB to help him deal with the weight.

In 2017, Cornwall was involved in an on-field altercation with Kieron Pollard during the CPL. Cornwall, playing for St Lucia Stars, hammered a 44-ball 78, but was hit in the stomach by a paceman during the knock. He subsequently retired hurt, unable to run between the wickets, but Pollard, the Barbados Trident captain, was displeased, believing Cornwall was retiring hurt from fatigue.

It’s been a long and hard road, in which he’s constantly had to prove himself and battle against assumptions made purely on appearances, and it might finally be coming to fruition.