Unearthed during the inaugural edition of the Mzansi Super League, Sipamla has made an instant impression with his calmness under pressure, variation of pace, and an ability to nail his yorker at will.

Having been picked by Tshwane Spartans in the MSLT20 as their rookie selection, Sipamla gained praise for his consistent performances and his ability to bowl at speeds of up to 145 kph. He finished the tournament as the third highest wicket-taker with 16 scalps in his ten matches, a feat that has seen him attract the attention of the national team selectors.

The prodigy made his debut for the Proteas in the second T20I against Pakistan in Johannesburg. His economical figures of 0-23 were key in reigning in Pakistan after a fast start and setting up a series-sealing victory.

The young quick was born in Port Elizabeth, South Africa, and went through Grey High School – an institution with a prestigious sporting history – where he took up a keen interest in cricket. The school has produced former Proteas greats Graeme and Peter Pollock, Johan Botha and left-arm fast bowler, Wayne Parnell as well as the current South Africa national rugby team captain, Siya Kolisi.

Sipamla has long looked set to slot right into to this rich heritage, first representing South Africa at the Under 17 level, touring Bangladesh in 2015 and then going on to the ICC U19 World Cup the following year.

In his young career, the paceman has taken 50 wickets for the Eastern Province in 18 first-class matches at an average of 27.50, including two five-wicket hauls, showing he’s more than just a limited-overs specialist.

During the Under 19s World Cup in Bangladesh, Sipamla struggled to make an impact on slow sub-continent wickets as his side failed to make it past the group stages. Finishing 11th out of 16 teams overall, South Africa Under 19s could only manage one win in their three group games with the right-arm quick returning unremarkable figures of 1-47 against hosts Bangladesh Under 19s, 1-36 against Namibia Under 19s in two group stage games and 1-20 against Ireland U19 in the ninth-place play-off quarter-final. 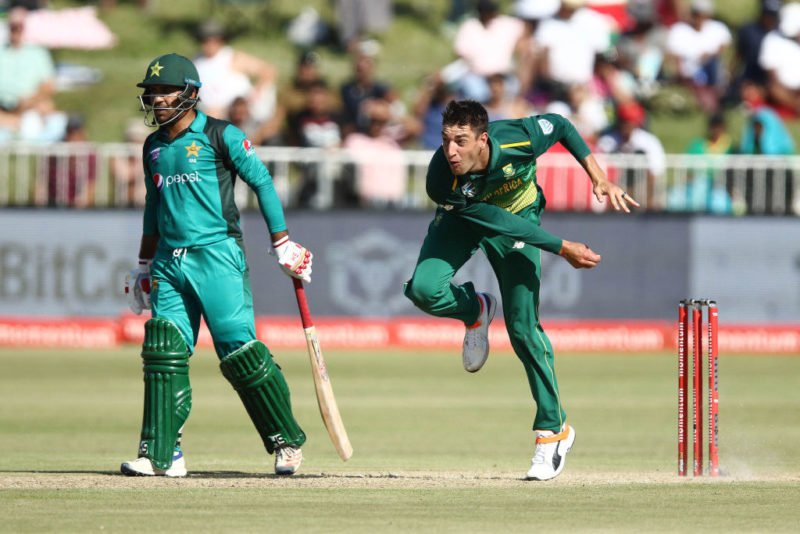 Related Story: ‘Have been asked by Cricket South Africa to lead the Proteas again’ – AB de Villiers
This means that the fast bowler might have to wait a little longer before he can earn an ODI or Test cap, and may have to be content with bit-part roles in the odd T20I here and there. The World Cup might come to soon for him to play a part, unless he does something spectacular in the meantime.

“I think he has all the credentials to become a serious fast bowler for South Africa in the future. He is a fantastic kid. He has the right head on his shoulders and he needs to be given proper guidance and support to learn and improve over the next few years. I am looking forward to watching him grow” – AB de Villiers