With the injury to Keshav Maharaj, South Africa may use the opportunity to rebalance their team and add some batting. In that case it is likely Zubayr Hamza who will benefit.

Hamza made his debut in the final Test of Pakistan’s tour to South Africa in January of this year. With the series already won, the Proteas used the opportunity to blood the 24-year-old. He achieved mixed results, scoring 41 in the first innings before being removed for a second-ball duck in the second.

Unusually for an international player in modern era, Hamza has never played for a foreign team, with the exception of a stint in English club cricket for Paignton CC in Devon when he was 19. So just who is he, and how has he reached Test level?

Who is Zubayr Hamza?

Hamza is a middle-order batsman, positive without being explosive. Having made his debut earlier this year, he will likely play plenty more for South Africa over the coming years. 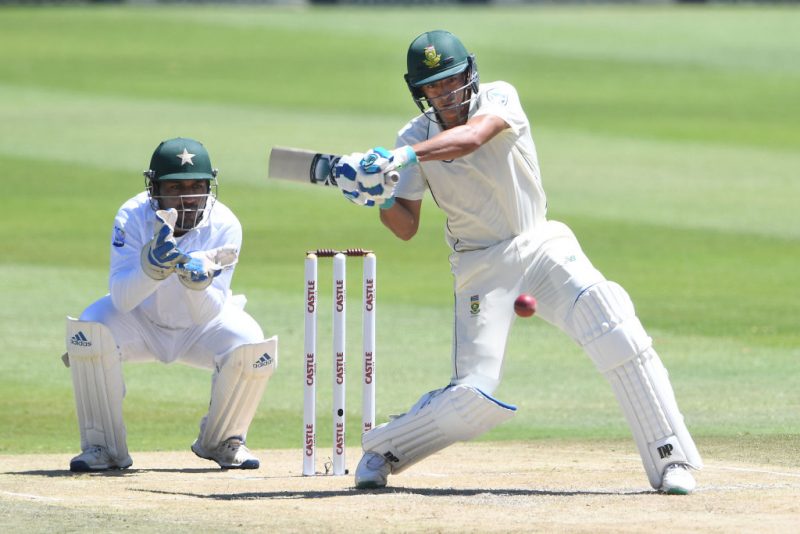 How did Zubayr Hamza start?

Initially coming through the highly competitive South African schools cricket scene, Hamza is an alumnus of the Rondebosch Boys’ High School – a distinction he shares with Gary Kirsten and Jonathan Trott among others. A consistent performer for Western Province age group teams, Hamza earned the captaincy at under-19 level for the 2013/14 season. And he was further rewarded with a handful of games for the full side towards the end of the season.

His stock rose further in October 2014, when he joined an exclusive list of teenage double centurions in the South African domestic game. His 202* against Namibia came in just his third first class match. The following season he impressed further, scoring 830 runs in 17 innings and averaging nearly 60.

It was not all smooth sailing as Hamza went the whole 2016/17 season without a century, and averaged just 26.56. His season is neatly summed up by an innings against Knights in his second match. Having fought his way into double figures, a brainfade saw him depart handled the ball for 10.

He bounced back in style though, racking up an astonishing 1203 runs in 2017/18, and earning a call-up to South Africa A. Hamza performed admirably scoring 44 and 28 against a bowling attack containing Mitchell Starc, Josh Hazlewood, and Pat Cummins.

A superb knock by Zubayr Hamza sees him raise his bat for a century! It’s taken him 201 balls, in which he has hit 12 boundaries.

Further solid if unremarkable efforts for the A side on their tour of India put Hamza in the selectors’ thoughts. And despite a distinctly mediocre start to the ’18/19 season, 329 runs in 14 innings, he was handed a Test debut in Johannesburg.

Soon after returning to domestic cricket Hamza struck a second first class double hundred. This time it was for franchise side Cape Cobras against a Dolphins attack containing Maharaj and Senuran Muthusamy. Now he may well have another chance to impress on the global stage, but even if he does not seize it on this occasion, more opportunities are likely to come for this bright young talent.

One of the main hurdles Hamza may face will be adapting to different conditions around the world. While he has performed well in his limited forays abroad, those have been against less testing opposition than the likes of the India team he may find himself up against. He will also have to contend with high expectations, having already drawn comparisons to Hashim Amla.

“I can only be Zubayr Hamza 1.0. I can’t go out and try and be like Hashim Amla. There will never be another player exactly like him. The way he scores runs, the way he hits the ball, his flourishing back-lift; he’s such a special player and human. If given the chance I will go out and be the best version of me that I can be.” – Zubayr Hamza on the comparisons with Hashim Amla.