We are right on the precipice of the 70th Ashes and as ever, the phony wars are raging. In a week in which noises about “ending England players’ careers” have come from the Australian camp, alongside the usual mining of past series for clues as to what awaits us, the actual cricket is finally upon us. The truth is, no-one really knows where it’s going to land. There are plausible cases to be made for any of the extremes of the last few Ashes tours.

One man who’s weathered the tumult of Ashes touring is James Anderson. On the eve of flying out to Australia for what he accepts will be his final stint there as attack leader, Anderson decamped to a north London pub to discuss his cricketing life for an upcoming Wisden Cricket Monthly cover story. But for all that he’s seen and done, the conversation of course regularly found its way back to the Ashes and, perhaps inevitably, those six magical weeks at the end of 2010.

What were the components beneath the surface that gave that team such an edge? “I wouldn’t say we were the ideal team,” he says. “It wasn’t about amazing team spirit, but we had so much respect for each other. We didn’t go out for dinner with each other or anything, but as soon as we were out on the field, we knew exactly what each other was going to deliver. We were a team on the field, not necessarily best friends off it, but absolutely ruthless on it.” 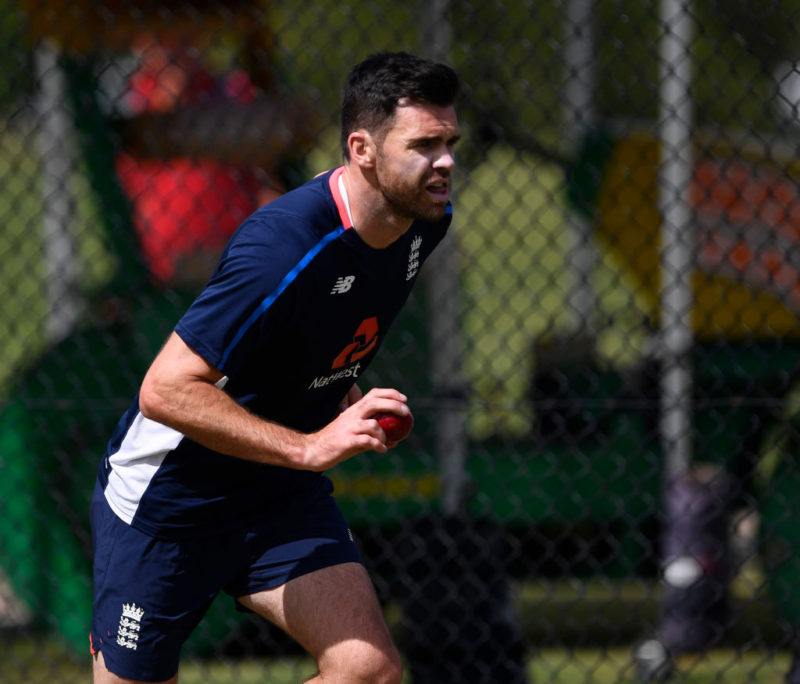 Anderson visualises likely scenarios ahead of a series

In terms of series turning points, he points to a small yet telling moment in Brisbane. “The thing that got us going in that series was halfway through the first Test. We had got 280 first up and they made 400. When they batted, Brad Haddin was sledging Steve Finn from the non-striker’s end. Every time he walked past him, he’d sledge him.” When the sides were in for tea, Steve Finn addressed it with his side, admitting that it was beginning to affect him. “So after tea, everyone went straight for Haddin before we bowled a ball. ‘Why are you picking on the younger guy? We’re all here, have a go at us…’ He backed off and we thought, ‘Right, we’ve got them here’. After that, it fell together…”

The Test ended with England 517-1 declared and dealing a great deal of psychological damage to an Australian side that, as Anderson attests, had begun to show their fallibilities. By the business end of the tour, everything was falling to Anderson, who would finish with 24 wickets, the most on either side. One particularly celebrated memory is recollected: “The Mitchell [Johnson] footage in that series where he goes, ‘Why are you chirping now mate, you’re not getting any wickets’ before I bowl Ryan Harris, that’s once-in-a-lifetime stuff. It’s amazing that you can hear it on the stump mic.”

They were the good times. Either side of that 3-1 win, Anderson has endured two whitewashes. Of the most recent, four years ago, he describes a team being torn apart. “It was frustrating because a lot went on. Trotty went home after the first game, Swanny retired halfway through. There were issues between KP and the coach. We just fell apart at the seams. Our plan to Mitchell was, basically: ‘Let’s hope he bowls like he did in the series previous’. And he didn’t. It caught us off guard. He bowled like an absolute genius.” 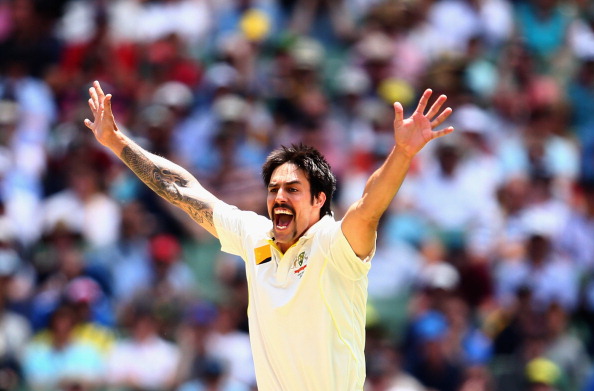 In terms of preparation, have collective lessons been learnt since? “One thing in this England team we’ve definitely talked about it is that one player in a million, a Flintoff, a Stokes, who can just turn up and turn it on. Most people need to put in a lot of work. I’ll do a lot of preparation before a series. I’ll be thinking about who I’m going to be bowling at, how I’m going to get them out. I spend time visualising it. I try to do it before every game. I’ll bowl at their top six in my head for half an hour. It sounds weird, but if you visualise certain scenarios, when it happens it’s already familiar to you. Sometimes I visualise getting hit for four. I don’t think it’s a bad thing. As a bowler, you do get hit for runs, and it’s how you deal with it.”

Has his last-minute call up as vice-captain in the absence of Ben Stokes triggered any desires that he could still captain England in a Test match? “It’s never been a huge ambition. But, especially in the last few years, I have thought, ‘Maybe I could do this’. I did it for Lancs in pre-season and it was brilliant. I absolutely loved it. I didn’t have to bowl myself! The thing about a sports team is, you need leaders. You need a lot of captains out there. You need guys that can lead by example, guys that can say the right thing at the right time, you need different sorts of characters to step in. 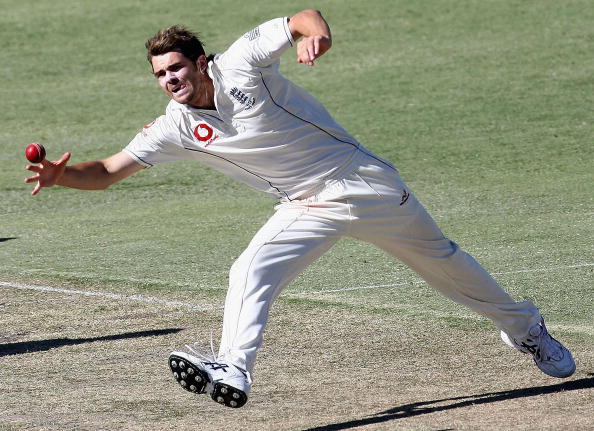 Anderson during the first of the whitewashes he suffered, in 2006/07

“Joe [Root] isn’t going to want to talk before every day of this Australia tour. Every now and then you need to call upon one of the senior members or a coach or whoever it is just to say a few words. I think the team need a lot of leaders in there.”

Anderson has been impressed with the way Root has managed to adapt to captaincy without too much deviation from his dressing room presence until now. “He’s not really changed, if anything he’s a little more serious. He became a dad and England captain within weeks. It’s going to change you a little bit. I remember becoming a dad and it does change you – ‘Right I’ve got to grow up a bit’. But the sense of humour is still there.”

A feeling of quiet confidence and general calm has been the general theme for an inexperienced touring side in preparation, perhaps owing to a senior core that has seen too much to lose perspective. “I’ve not spoken to Mitchell since he retired. We were always fierce rivals on the field but I’ve had a beer with him a couple times after a series and he’s honestly the most gentle bloke, such a nice guy. David Saker used to tell us about Shane Watson, saying ‘He’s the nicest guy in the world’. Adam Gilchrist sent me a message when I got 500 wickets. I thought, ‘What a legend.’”

This, we can only assume, will be Anderson’s final series in Australia. “I’m 2-1 down in overseas Ashes series. I don’t know how long I’ve got left, but it won’t be long, one or two years, whatever it is. I’m not going to be able to play international cricket until I’m 40 realistically.” Such questions though, are for another time. On the eve of his fourth and final series down under, England will be looking to their lynchpin as much as ever.

The full interview with Anderson will appear in issue 2 of Wisden Cricket Monthly, available to buy on December 14