The first woman to appear on the front cover of the Wisden Almanack talks to Phil Walker about a life-changing year, and where the women’s game goes from here.

Anya Shrubsole sits on the sofa in her Loughborough flat, trying to recall the week that changed her life. It’s not easy, made trickier by all that’s happened since, culminating in the news that she’ll be taking the front cover of the new Wisden Almanack. And then there’s the fact that her puppy, Nico, named after the ex-Portsmouth footballer Kranjčar, is running amok as we talk.

Still only 26, Shrubsole has been delivering searing induckers for England for a decade. In that time she has seen the game change beyond all recognition. And then, in July last summer, she saw it change again. For good. 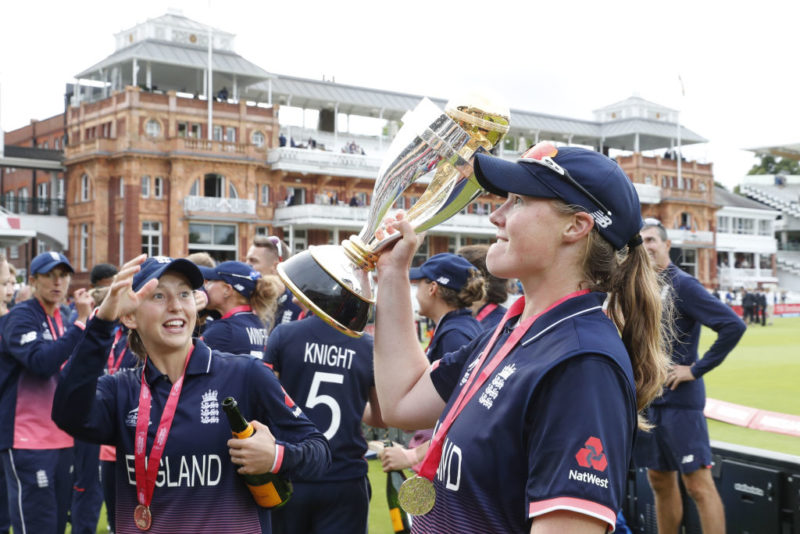 Shrubsole raises the trophy she did so much to win

She would hate to admit it, but it was Anya Shrubsole who won the World Cup for England. The unassuming, limelight-swerving Anya Shrubsole; the serious one, the one who bowls uphill into the wind, studies psychology, deigns social media, likes Sinatra, and lets others to do the showy stuff. It was Shrubsole’s fate to be the woman who won the trophy, her five-wicket spell hollowing out India’s run chase when they needed just 40 with seven wickets in hand, turning a grim scenario into a transformative one, not just for the ‘women’s game’ but for the impression of the sport as a whole, lodged anew in the souls of all who care for it.

Psychologically Lord’s was a mess that day, but Shrubsole was among the calmest people in the ground. “What pressure does,” she says, “it impairs your thought process. Things that seem to an outsider to be really clear, suddenly aren’t. You physically get quite tight, and that prevents you from being able to deliver your skills, but I always want to be bowling or be doing something that is influencing the game. 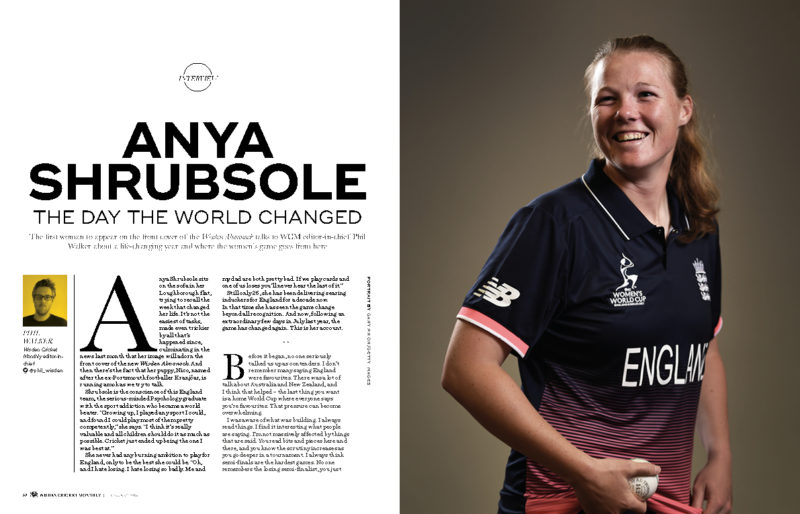 “I came back into the attack, and my first two balls were hit for four. So Heather Knight and I simplified the plan. I basically decided to bowl two deliveries. No more. To the set batters I would bowl slower balls, and set the field out in front of the bat. And to the new people coming in, I’d just bowl full and straight. With my natural angle going into the right-hander down the Lord’s slope, everything should be hitting the stumps. It makes it simple when you’ve only got to decide on two things. All it comes down to is this: can you execute?

“We got Raut first, and that was arguably the biggest wicket. It was a slower ball, it ran on, and she missed it. Then Alex Hartley got Verma out in the next over, I got Krishnamurthy caught by Nat Sciver, and then Goswami, and suddenly we’ve taken four wickets in four overs.

“From that point on I just knew we were going to win.”

“After the game it was chaos,” she recalls, in a wide-ranging interview in the latest issue of Wisden Cricket Monthly. “Everything seemed to happen so fast. You’re on the pitch for a while, and then the lap of honour and pitch-side interviews, and finally the presentation. There were a couple of tears, which is unheard-of for me, I’m not the kind of person to shed them. I am a very family-orientated person and all I wanted to do was spend some time with them. There was so much going on, but all I wanted to do was give my mum a hug.”

Shrubsole talks of having to adapt to the “new kind of normal”, now that her life will never be quite the same again. “I have always thought of myself as a fairly normal person who just happens to play cricket. So in my head I thought it would all go back to normal. What became evident is that it would not be. 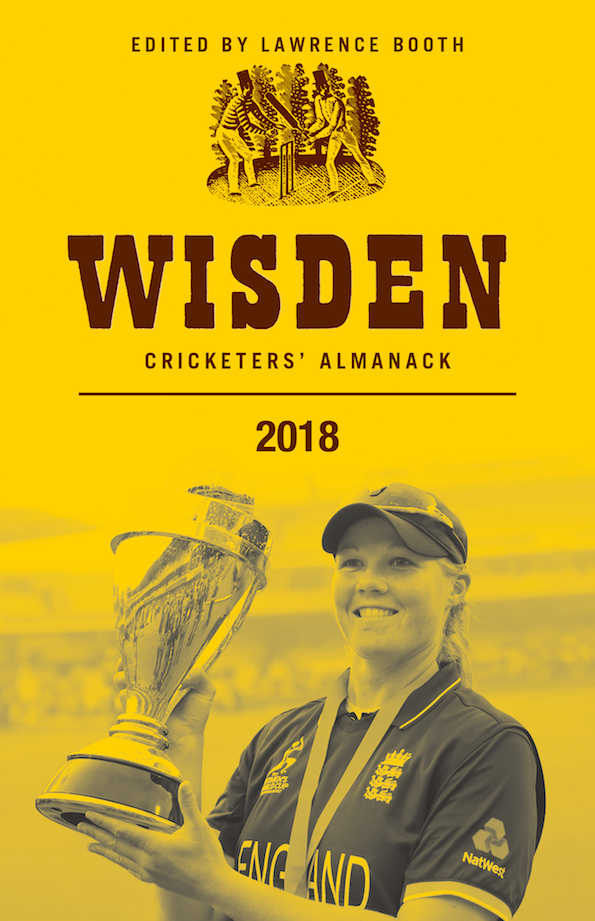 “There are some obvious benefits to this new normal. To do A Question of Sport, to be on the Sports Personality of the Year list, to be on the front of Wisden, these things are absolutely amazing, and I’m hugely proud. But I see it more as a representation of the women’s game and the impact we had. It’s nothing specifically to do with me. You could have put Heather Knight on the front and it would have had exactly the same impact.”

Lawrence Booth, the Almanack editor, explains in this month’s Wisden Cricket Monthly why the decision was made to go with Shrubsole. “Last year was momentous for women’s cricket. This meant that ending a male monopoly on the cover that extends back to 2003, when the editor Tim de Lisle began what has now become a tradition, avoided the trap of tokenism. If it felt like exactly the right time, then the only pity was that the right time didn’t come earlier. Everyone in cricket, Wisden included, has to take responsibility for that.”

Related Story: Women’s spells of the decade, No.1: Shrubsole, the calmest woman in Lord’s

As for Shrubsole herself, she’s typically sanguine about the whole show. “There’s always a first. But I’m relatively well-educated when it comes to cricket. I knew the significance of it. For me, for women’s cricket, and for the game at large.” 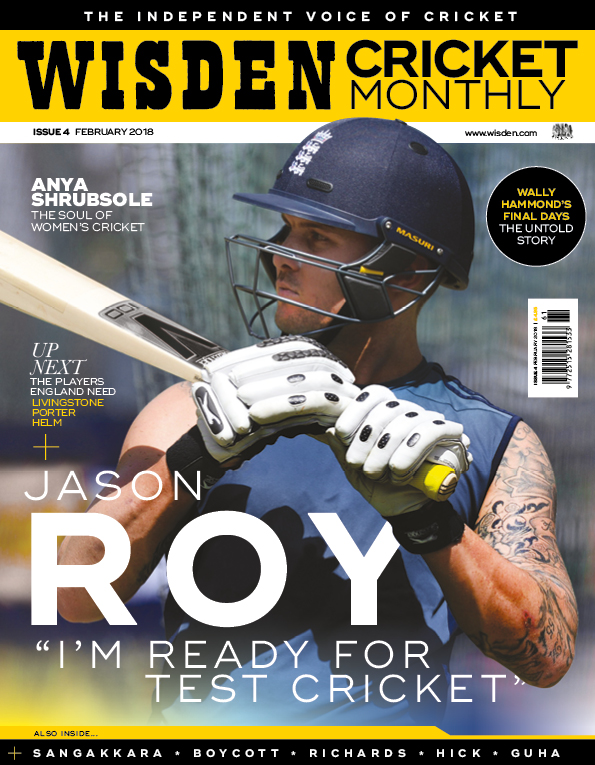 Read the full interview in issue 4 of Wisden Cricket Monthly, out now