For most of us, cricket arises through personal epiphany, or familial or communal hand-me-down. Once it has arrived, our subsequent lives are spent chasing it around while the thing itself goes to great lengths to humiliate, bore, confuse and generally make clear that it really doesn’t need us.

For Phil Tufnell though, sat in Test Match Special’s vacated studio overlooking a soaked Lord’s on the first morning of the second Test against India, well, cricket chose him. “I didn’t know what I was going to do. I was working with my father in a silversmith factory. Sitting at a bench hammering pots and pans.”

He looks around the room laden with monitors and microphones. “Cricket? I didn’t have pictures of Ian Botham on my wall.” After silversmithing for two years, his dad offered him a day’s money to go to an MCC Young Cricketers trial. “I thought, ‘Oh, lovely’. Half a day’s cricket for a full day’s pay.” Almost accidentally, he got in. “What if I’d gone, ‘I can’t be arsed, Dad!’? It was a massive sliding doors moment.” 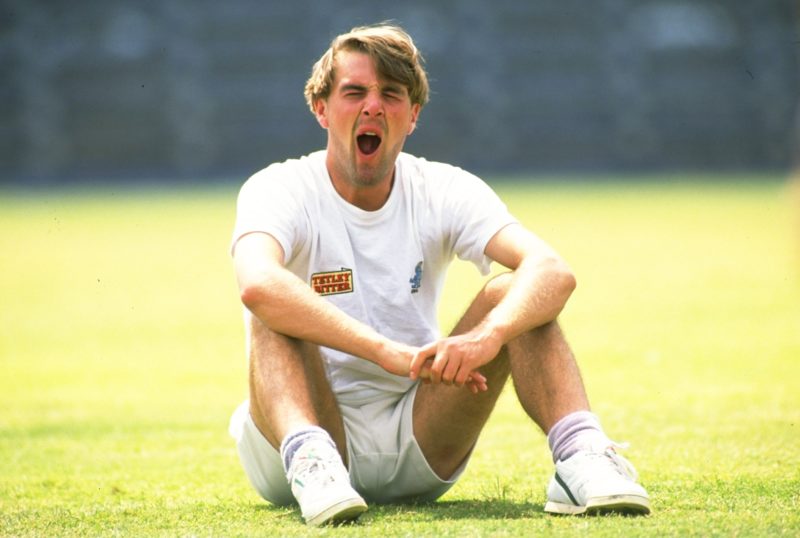 Tuff day at the office

That moment led, via a series of eye-catching club then county performances, to a first Test cap for England at the MCG on Boxing Day 1990. “The ball looked like a Rottweiler had had it,” he remembers. “There was no seam on it. It was all hanging off.”

His first three deliveries are a blur, negotiated in auto-pilot mode, until he was jolted into life by a blow to the ankle. “Dean Jones came running down the wicket and smashed one straight back at me. I just screamed, ‘You f***ing…’ I was fine from then on in, it stirred me into battle.”

Thus, the path of everyone’s favourite cricketing anti-gladiator, purveying slow-left-arm as an art form, was set. It’s easy to forget, with the popularity of his career since, that ‘Tuffers’ was by some stretch the most gifted English spin bowler of his generation. At odds with a selection system set on rewarding conformity over eccentric brilliance, he was rarely afforded the patience he deserved.

“The one thing that always disappointed me was that there was this big Churchillian speech before you went out.” Tufnell puffs out his chest as if to recreate a warrior ready to be unleashed. “Then I’d get down the steps and Goochy would go, ‘Er, Phil, fine-leg please’. You’d be stood there for three hours’.” He deflates with the memory of it. “I’d just be waiting, thinking, ‘But what about the speech?’ I’m f***ing ready! At the end of the day, you do have to have a sense of humour. I bowled slowly. You’ve got to be slightly mad.”

The irregularity of selection left plenty of time for a mid-career autobiography, entitled What Now?. I don’t mention that I bought it during my most impressionable teenage phase and read it very quickly. Twice. I also don’t mention that it planted in me the deeply misplaced assumption that, as I smoked and drank and bowled left-arm lollipops, cricket would also choose me. All I needed was a slapstick unwillingness to bat or field in any circumstances as a pre-requisite. 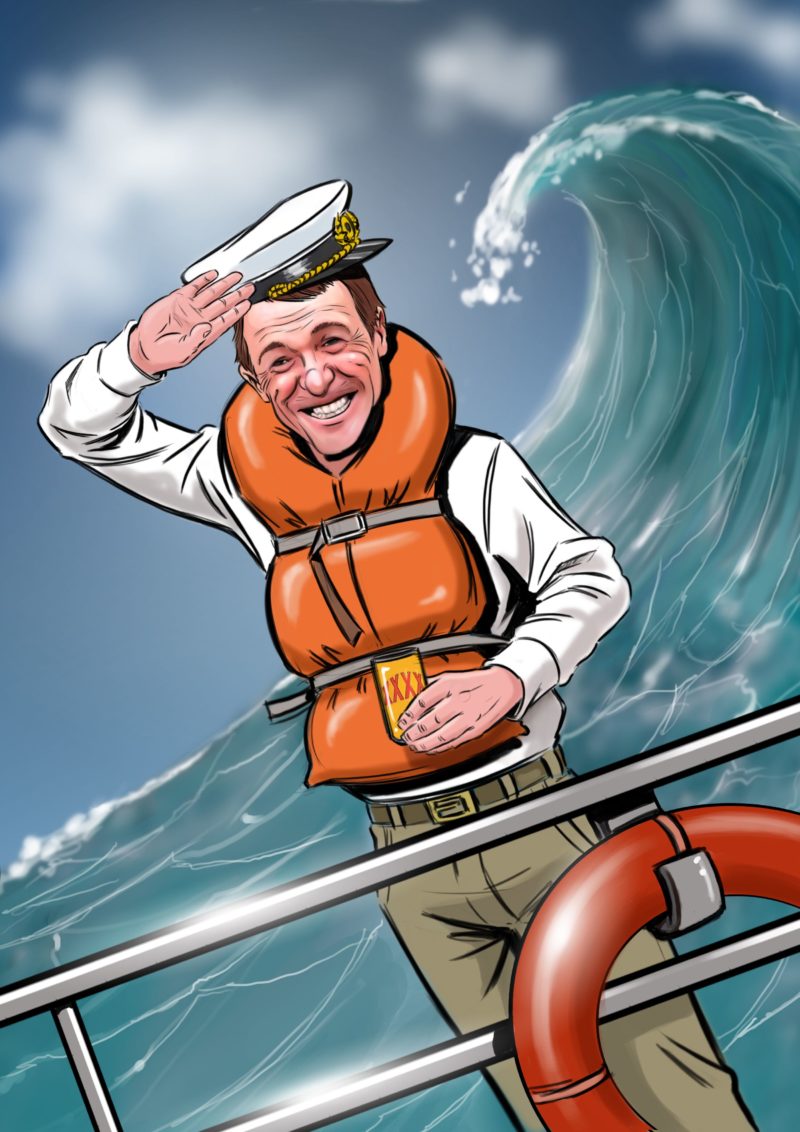 Suddenly, I find myself revisiting that mindset. Speaking with ‘The Cat’ is to be lulled back into his world, where events happen for, to and around him, such as majestically bowling out an otherwise unstoppable Australia at The Oval in 1997.

These events, though mostly life-saving and heroic, also take in the odd near-death experience. Touring the world with a ragged England side of the Nineties, Tufnell details a mid-Ashes close-call with John Morris, Devon Malcolm and David Lloyd.

"There was the odd shark too. Hammerheads. They’ll give you a big suck as well as a bite"
“John knew this bloke who had a double-decker boat. I don’t think he necessarily knew too much about the laws of the sea.”

As the England coach and its premier spinner and fast bowler set off, a ‘boom’ went off at the harbour. “We were like, ‘Oh, I wonder what that is?’”

The noise was warning of a treacherous storm incoming and that no one should leave land under any circumstances. “The next thing you know, we’re in this massive…” and he’s briefly lost for words, painting the picture from Sebastian Junger’s A Perfect Storm with his hands. “Massive squall.”

Life jackets on, still drinking beers, they quietly say their goodbyes. “It got a bit, is there any whisky down there?” Some vital retained information the amateur captain mustered was all that kept them from being swallowed up. “The one thing that he did know, this bloke, is that when you see the wave coming that’s bigger than the boat, you turn sideways into it and ride it.”

Tuffers embellishes the tale with typical panache. “There was the odd shark too.” Sharks?! He nods. “Hammerheads.” Adding, as if from experience: “They’ll give you a big suck as well as a bite.”

Being Tuffers, he’s off on another flight of fancy, this one involving a nightmare flight in Zimbabwe and crocodiles. “It was great fun…” he says, leaving a pause. “Even if it might cost you the odd marriage.”

Related Story: Podcast: Wisden’s men’s ODI team of the decade
At that moment, BBC correspondent Ellie Oldroyd walks back into the studio to update listeners that Lord’s is still flooded. Without knowing what she’s setting up, she asks what I bowl. “Left-arm spin.” I turn round and Phil Tufnell’s arm is outstretched. “Welcome to the brotherhood.”

It’s not exactly how I imagined it, but I’ll take it.

Read the previous Cricket & I with Toby Jones