Desmond Haynes talks to Taha Hashim about West Indies’ disappointing display at the World Cup, England’s devastating openers, Jofra Archer and the state of cricket in the Caribbean.

It’s not the start I was looking for. Sat across me is Desmond Haynes – 116 Tests, 238 ODIs, 35 international hundreds to his name and, back in the day, Gordon Greenidge’s fearsome opening partner for West Indies. We’re in a room on Tottenham Court Road and I thought my job would be quite simple: ask him a few questions about what his dream day at the cricket would look like. It’s all part of a regular feature that pops up in Wisden Cricket Monthly. 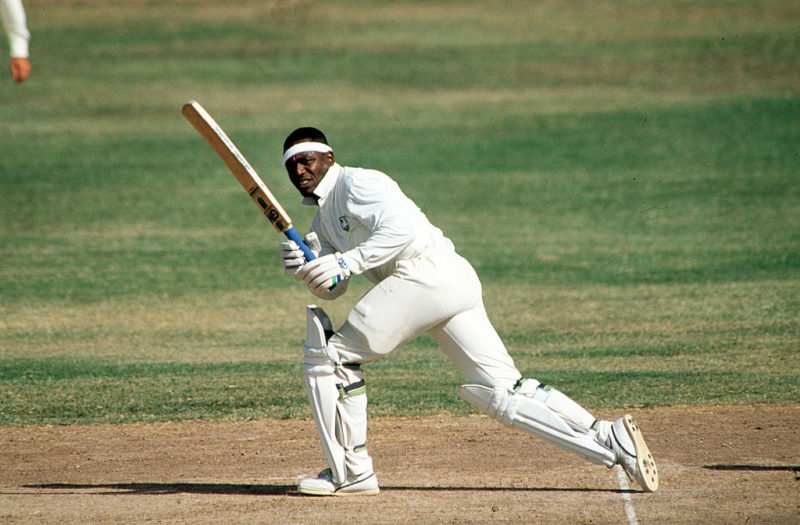 But Haynes isn’t enamoured by the idea. “To recreate a game that you would want to play – a perfect day would be making all the runs, be in the field for two or three seconds and then you’re off.” I’m with one of the great openers, but the opening powerplay’s gone awry.

It’s not long ago that all seemed uncharacteristically rosy in the usually turbulent sphere of West Indies cricket. A 2-1 Test series win over England was a stellar achievement and led by the ever-impressive Jason Holder, a side packed with youthful talent looked set to cause a stir at the World Cup. A seven-wicket demolishing of Pakistan was the perfect beginning. But then came a winless June and a ninth-placed finish. Back to square one. 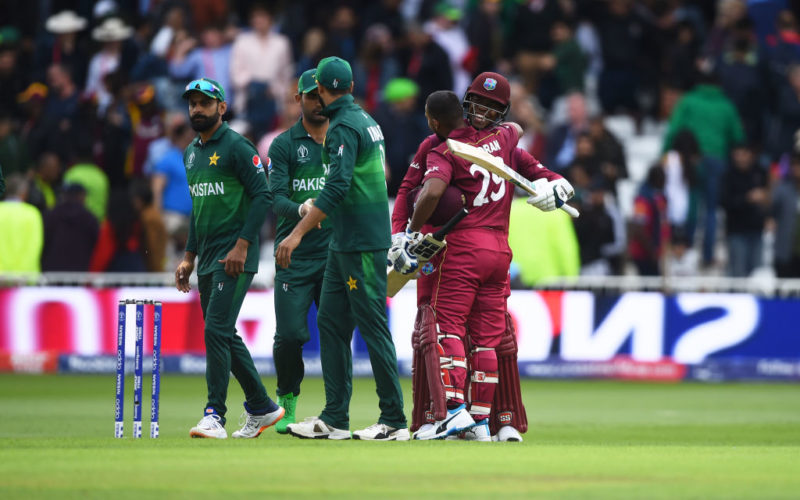 But even before the dismantling of Pakistan, there was plenty of noise in the background of West Indies cricket. In April a new selection policy was introduced under recently-elected Cricket West Indies (CWI) president Ricky Skerritt, with Robert Haynes appointed as interim chairman of selectors. Floyd Reifer was named as the new interim head coach, replacing Richard Pybus.

Having struggled to find much joy in our opening exchanges, it’s on this subject that Haynes lets fly. “We showed disrespect to World Cup cricket,” says the 63-year-old.

“The whole way we went about it, we were very callous. We didn’t really care too much about the World Cup because you’ve got an interim coach, an interim chairman of selectors. I am not too sure if that was adequate at that time.”

Haynes put his name forward to be West Indies’ head coach earlier in the year and he’s not best pleased about the way he’s been treated.

“I sent in an application and the CEO said he’d pass it onto Jimmy Adams [West Indies’ director of cricket]. So nothing’s happening. It’s that lack of respect – I think I deserve a reply just saying, ‘Desmond, we’re working on it’.

“It got to a stage where I sent an application in February and they name an interim coach in Reifer; they’re preparing for the World Cup and they get [Ramnaresh] Sarwan to help with the batting. They’re obviously sending a message that they definitely don’t want me around West Indies cricket.”

But even amidst the defeats that have come one after another over the past couple of months, Haynes does still bear optimism, with West Indies’ batting line-up stocked with firepower.

“We’ve got cricketers who with the right guidance could be world-beaters. We’ve got [Nicholas] Pooran, the other little guy, [Shimron] Hetmyer. We’ve got Shai Hope! These guys have talent oozing out of them.”

As we sway away from the discussion of cricket politics and enter the realm of batsmanship, that’s where Haynes’ eyes light up.

The Haynes and Greenidge partnership was something to behold. In ODIs, the pair averaged 52.55 together at the top of the order for 12 years. But there’s a new couple making waves at this moment in time; Jonny Bairstow and Jason Roy were the pillars upon which England’s World Cup success was built upon. If Greenidge and Haynes were special, then Roy and Bairstow are certainly on the path to greatness themselves: the two average 68.21 as an opening partnership in the 50-over format. And Haynes is a fan of both and others in the England batting line-up. 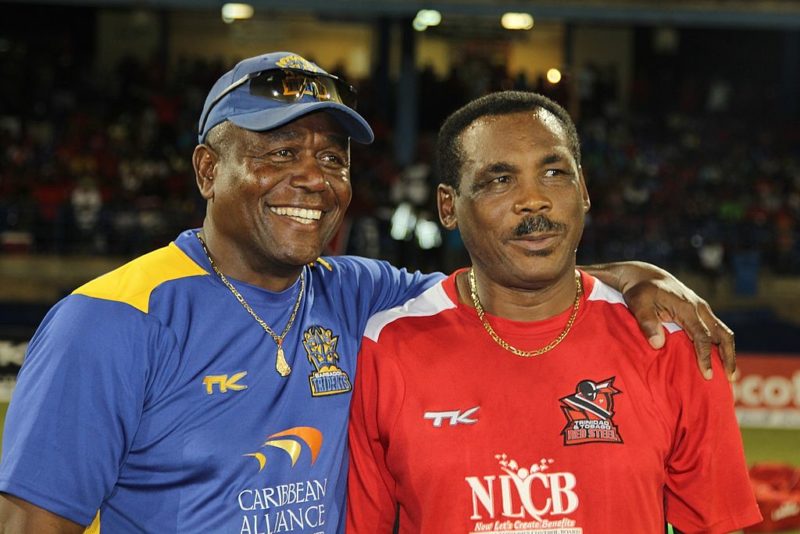 Haynes and Greenidge – an iconic duo

“I think the English attitude towards batting is completely different to what I’ve ever seen,” Haynes says. “I played a lot of cricket in England. In county cricket, there were guys who were talented but they never used to express themselves the way this team do now.

“When I was at Middlesex I always tried to put it to Mark Ramprakash: go and express yourself, don’t put yourself under any pressure. If it’s there to hit, hit it. Don’t ever think you’re going to miss it! Just go hit it!

“That’s why I like Bairstow, Roy, Buttler. And then you’ve got someone solid like Root. I was very impressed with the way England played.” 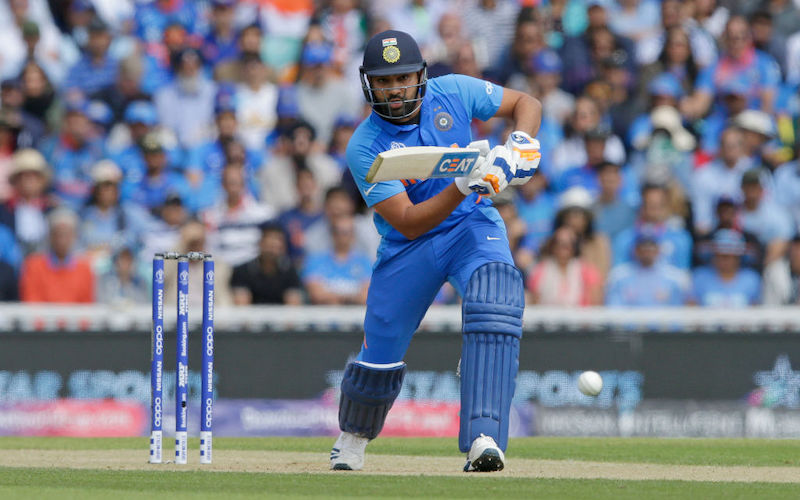 But for all of England’s showmanship with the bat, when I ask Haynes who he believes is the best opener in the world, he interrupts before I can even add a question mark. Rohit Sharma is his man for all seasons.

“He’s my favourite cricketer,” Haynes says, a beaming smile to go with a chuckle.

“I’ve been preaching this for years now. I played a lot with Viv [Richards]. I love to see a batsman put away the ball that’s just back of a good length, Where everybody gets back [Haynes makes a clicking noise with his mouth as he mimics a back-foot defence] and thinks it’s a good ball. He’s either on the front foot or he’s on the back foot putting it away. If you bowl just off a good length, just short – it’s gone. You tell yourself ‘shit’ because if you barely miss it, it’s gone.”

Beyond the powerful ways of Roy and Bairstow, England’s World Cup win was down to the contributions of many. But when it came down to the final act, the Super Over on a Sunday no one will ever forget, it was a 24-year-old man from Barbados that held his nerve to deliver the crown England had craved for so long.

Jofra Archer’s stock continues to rise exponentially. But having represented West Indies at under-19 level, the story could have been so different. Haynes, chairman of The Cricket Legends of Barbados Museum, has only words of praise for England’s rising star.

“There are going to be a few people who wish he was playing for the West Indies. But he’s made a choice. One could say West Indies lost him in a sense, but a lot of people in Barbados are happy for his success. Over the years we’ve had Barbadians play for England.

“Jofra has made a decision and it’s a damn good decision on his part because he’s in a good set-up. And playing cricket every day in England and having the right atmosphere – he also looked to me a quick learner – I think he’s going to do well.”

But while Archer is the man who got away, Barbados remains key in the production line of West Indies cricketers. The side that sealed a series victory over England in February with a 10-wicket win was made up of six Barbadians.

“Just like in India, it’s like a religion to us,” Haynes says on the passion for cricket in a nation that has a population under 300,000 people. 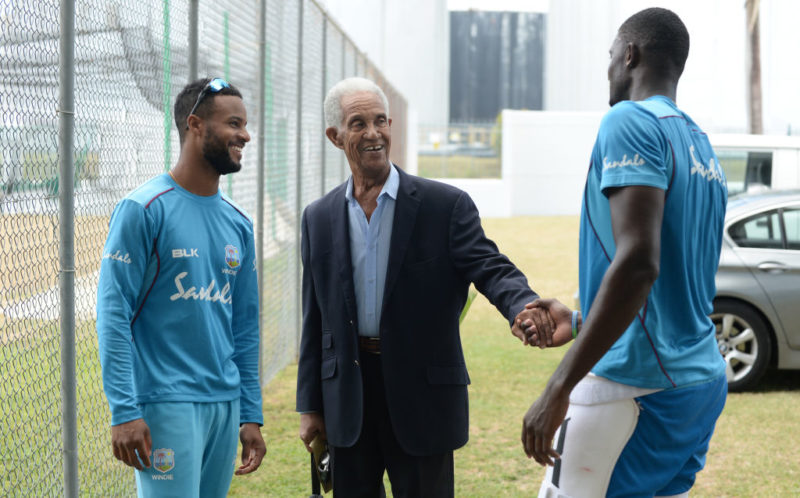 “In our museum, we highlight all the Barbadians who went on to play Test cricket. We have a board that will fill up this room, and there’s more because the ones that are playing now, we can’t put them. You have to be retired. We might have to look for a building to put on display all the Barbadians that have played cricket for West Indies!”

As we began our chat on the erroneous ways of CWI, it seems fitting that we return to it to cap it all off.

“As a cricketing nation, we are going to find cricketers. But what we want administrators to do is to make sure we have a system in place that when we identify talent at an early stage, there’s somewhere for him to go.

“Every territory should have a cricket academy and then we should have one academy which would have the crème de la crème. We’ve got to get them in a programme with the best people looking after them and go from there.

“I find that in the Caribbean, it is a shame that the administration hate to hear out past players. They need to embrace them. They’re not going to tell you everything you want to hear but there must be something they’re going to say where they’re going to go ‘wow, okay let’s try it this way’.”

After a rocky start, it seems that Haynes and I have managed to negate a tricky new-ball spell together. For just short of a half-hour, he’s funny, honest and game for anything that doesn’t involve discussing cricketing dream sequences.

As we wrap up, he finishes off in style.

“I think that’s a lot better than ‘My Perfect Day’.”

For more information on cricket in Barbados please visit: www.visitbarbados.org