Dwayne Bravo’s international career ended this year. At least formally. But he still wants to win more and more tournaments – that will to win hasn’t disappeared, writes Kislaya Srivastava.

How and when does a cricketer know that the time has come to call it quits? How do they know that the last remaining supply of juice – and motivation – has run dry and that they can no longer go on? It’s different for different people. For some it’s circumstance, for others it’s falling out of love with the game, and still others, is that their bodies give up on them.

To borrow from two relatively recent retirements, Bravo’s falls somewhere between those of Zafar Ansari and Gautam Gambhir. Ansari, who called it time at 25, wrote on these pages that “playing cricket was no longer for me, and I wanted to do something else.” 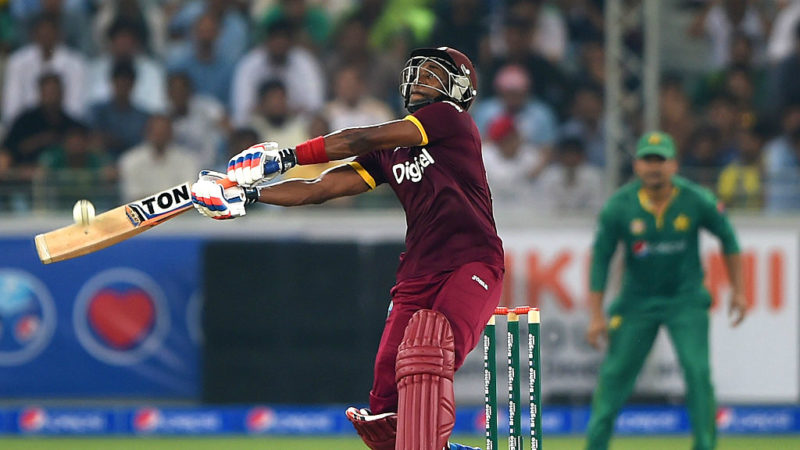 Bravo last turned out for the West Indies in September 2016

And Gambhir, the unsung hero of two Indian World Cup victories, referred to the voice in his head that echoed after each of his failures when he said, “I was searching for my confidence in that deep, dark pit but I could only lay my hands on the same sharp, disturbing noise. It said the same: it’s over, Gauti.”

While Ansari didn’t win a global tournament with England – he only played three Tests and one ODI – Gambhir won two World Cups and was part of the No.1 Test side in the world. Exactly why Bravo falls between the two is in ‘timing’.

Bravo was dropped from the Test team at 26. He retired from Tests altogether in 2015, at 32. He won two World T20s with the West Indies but was dropped from ODIs just ahead of the 2015 World Cup, one year after he led the Windies out of a tour of India over disputes with the WICB, something that also, informally, cut short his West Indies career. 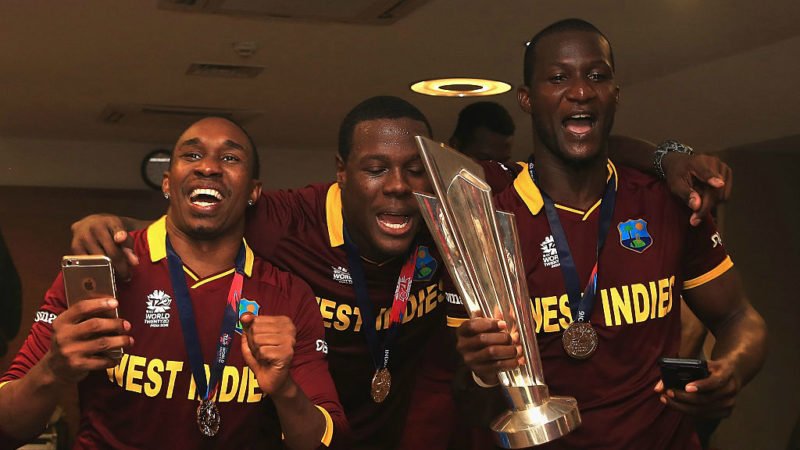 Bravo won the World T20 in 2016, his second global tournament with the West Indies

Bravo quit Tests when he could have excelled in it the most, although after having played a substantial amount of it, and quit the international game altogether when he was still at his best, churning out wickets by the heaps in T20s. Now that he has quit, after years of what he has termed as “miscommunication” with the WICB, does anything change in terms of his approach to the game?

“Nothing changes,” he tells Wisden in an interview. “My game is very basic and simple, structured around my strengths. Only thing [that] changes is [the desire] to win more tournaments.”

That last statement is a testament, perhaps, to the hunger of arguably the best all-rounder in T20 cricket, who last played a T20 for the West Indies in September 2016 – whose loss is that! Now focussed on his ‘second world’ of T20 leagues, Bravo has the Pakistan Super League on his mind, one major T20 league he has never won. 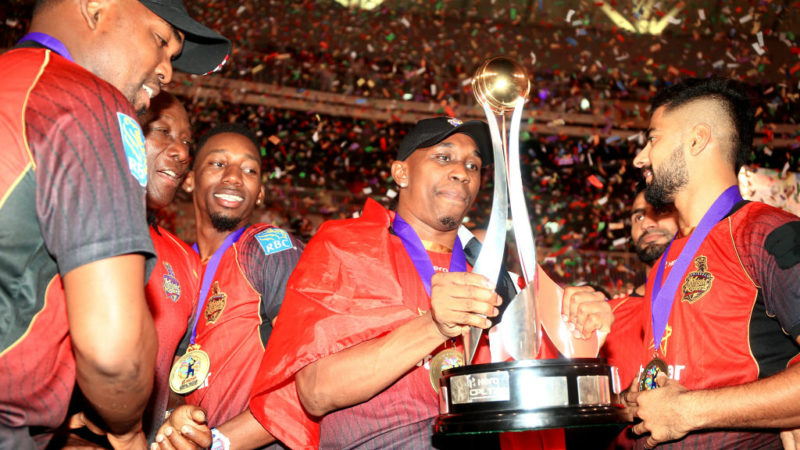 “PSL. I have never won PSL,” he says. “I played once, the very first year. The next two years I was injured and missed out. Hopefully next year I’ll be fit and have the opportunity to play again.

It was somewhere in the middle of the period between his last game for the West Indies, in 2016, and his retirement that a possibly career-defining injury kept Bravo out of all cricket for seven months. Bravo hurt his hamstring in December 2016 while playing for Melbourne Renegades in the Big Bash. He missed PSL and IPL in 2017 and also PSL 2018, and for a moment, at 35, it seemed age was catching up with him. 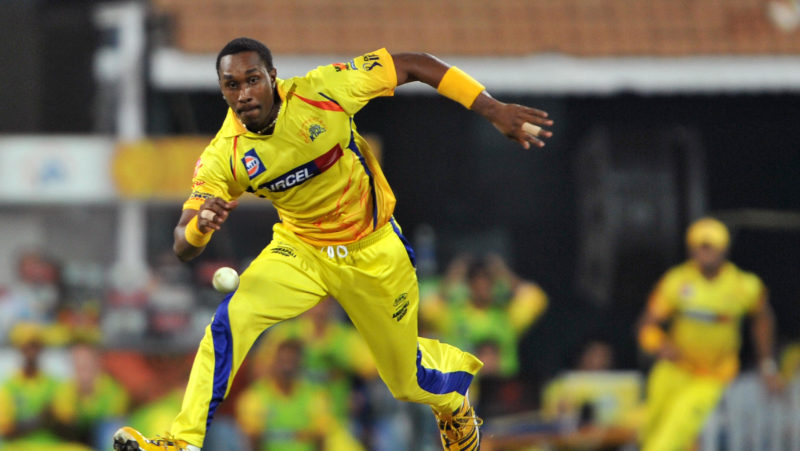 But the return of one of his favourite franchises and also the one he’s been associated with the longest, Chennai Super Kings at the IPL, saw Bravo return with a majestic 30-ball 68 in the 2018 opener and finish the tournament not only as a three-time champion but also Chennai’s second-highest wicket-taker, with 14 strikes.

Now playing for Paarl Rocks in the Mzansi Super League, he is reunited with his CSK team-mate, Faf du Plessis.

“It’s the beauty of this format that it brings players together. The players you would never think of playing with,” said Bravo. “You get to know them on a personal level rather than just seeing them when you play against them. So we all develop that kind of friendship, that kind of bond, so whenever we play against each other… we play with each other [so] it’s natural to know each other a lot more and [playing against them] is easier.

"They are becoming fantastic bowlers all on their own and just through being young and wanting to learn they ask questions anyway – I don’t really have to do much.”

“Faf and I have a good relationship [because of] CSK. The good thing about CSK players is that we all keep in touch outside of the IPL. So it’s a good thing.”

Nobody has more wickets than Bravo’s 450 in T20 cricket. And at the MSL, which is in its first season, he’s a mentor to his mates at Paarl, who he loves to instruct, unlike Dale Steyn, who believes in letting the players hold their own and not interfering.

“No, I give it,” Bravo said, when asked if he goes up to youngsters or waits for them to come to him.

“Everyone is different. Some people come and some people stay away, so I go to them. If I see something is wrong, if I see an area where I can help someone else, I willingly offer my advice. It is not good to keep all the knowledge and information with yourself. That’s being selfish and I am not that type of player. I am not that type of person. I try to help as much as possible, especially where bowling is concerned.

Jofra Archer has suggested he could pull out of this year's BBL to help him qualify for England sooner.https://t.co/pMZ8S1JpWN

"Everybody has a chance going into the World Cup, even Afghanistan"

For the time Bravo has been away from the West Indies teams, a young crop of cricketers has emerged. While Ewin Lewis has two T20I hundreds from just 17 matches and boasts of a strike rate of 157.44, Shimron Hetmyer, another left-hander, strikes it at 108.52 from as many ODIs. Bravo may not be part of the 2019 World Cup in England and Wales next year, but he thinks this team has got what it takes to lift the trophy for the first time since 1979.

“It’s a young team. It’s a very young team,” he said of the West Indies. “And the likes of Chris Gayle, Marlon Samuels will be the senior players, although the team hasn’t been selected yet but I think they both will be there. Jason Holder, the captain [is also there]. 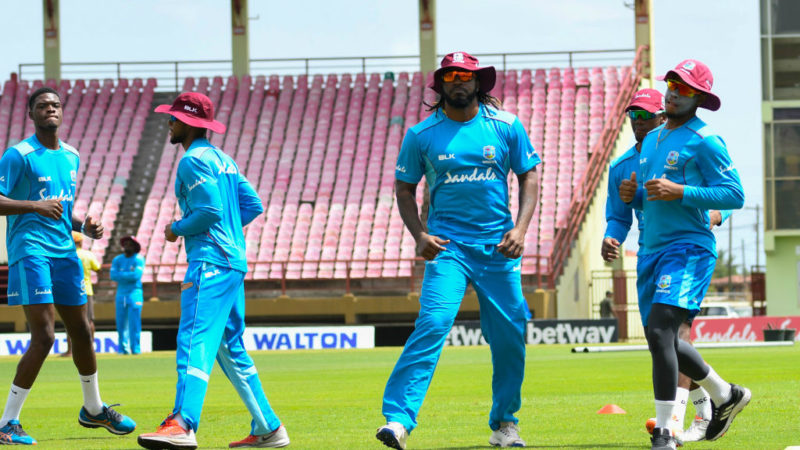 “With those, young talents like Shai Hope, Hetmyer… they have a lot of talent and they showed that in the short time that they have been playing. It’s just a matter of nurturing those talents. They have a chance. Everybody has a chance going into the World Cup.

“I think their cricket has got to a different level. It’s going to be an exciting World Cup as always and everybody has a chance to win it. But those young players will definitely set the stage afire.”

So they may – set the stage afire. And while the World Cup may some day come back to the West Indies, and Bravo may win more tournaments like he wishes, the two won’t happen together, unfortunately.