Former Prime Minister Rt Hon Sir John Major has called cricket a “universal healer” and has pleaded for administrators to find a way to enable short-form cricket to enhance the appetite for the longer game – rather than position itself as a direct threat.

The lifelong cricket fan, who served as Prime Minister and Leader of the Conservative Party between 1990 and 1997, spoke exclusively to wisden.com after helping to launch the Street Child Cricket World Cup 2019. Street Child United, the charity organisation, is a sub-division of the Consortium of Street Children, of which Major has been a patron for 25 years.

Major hosted the ten teams – each comprising four girls and four boys – and their leaders in a hospitality suite at The Oval on Thursday, June 2. The tournament will use cricket as a vehicle to challenge negative perceptions and treatment of street-connected young people worldwide. The group matches took place on May 4 and 5 in Cambridge, with Lord’s hosting the finals day today (Tuesday June 7). It’s a cause that’s clearly close to Major’s heart.

“It’s intolerable that in a world that’s richer than it’s ever been we’ve got somewhere between 100 million and 150 million – we don’t know precisely – who live on the streets, who have no home, no families, little or no education, and who are largely uncared for,” he says.

“People have come from all corners of the commonwealth to come here today – West Indies, India, Bangladesh … they will never have seen anything like this. They will make some wonderful memories, but, in addition, it’s an opportunity to highlight and publicise the plight of these children – and stir the consciences of people who can help them. That’s the hard-edged rationale behind it.” 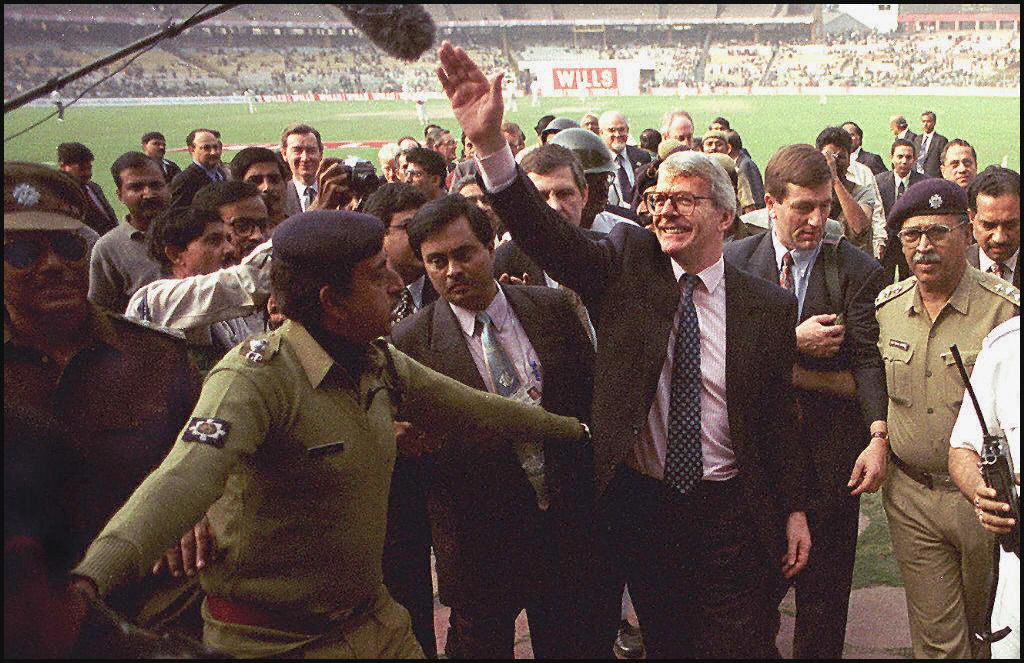 John Major inaugurates a cricket match between India A and Lancashire, Calcutta, 1996

Major was the only British politician invited to Prince Harry and Meghan Markle’s wedding last year, having been appointed a special guardian to Princes William and Harry after the death of Diana, Princess of Wales, in 1997.

Indulging his love of cricket, Major was President of Surrey CCC for two years until 2002 and has since been an Honorary Life Vice-President. In March 2001, he paid tribute to former England captain Colin Cowdrey at his memorial service in Westminster Abbey, telling the congregation that “he played life as he played cricket – with a clear eye, a straight bat and a cover drive from heaven.” Major was elected to the MCC Committee in the epic Ashes year of 2005 before resigning in 2011 due to a disagreement over the redevelopment of Lord’s. 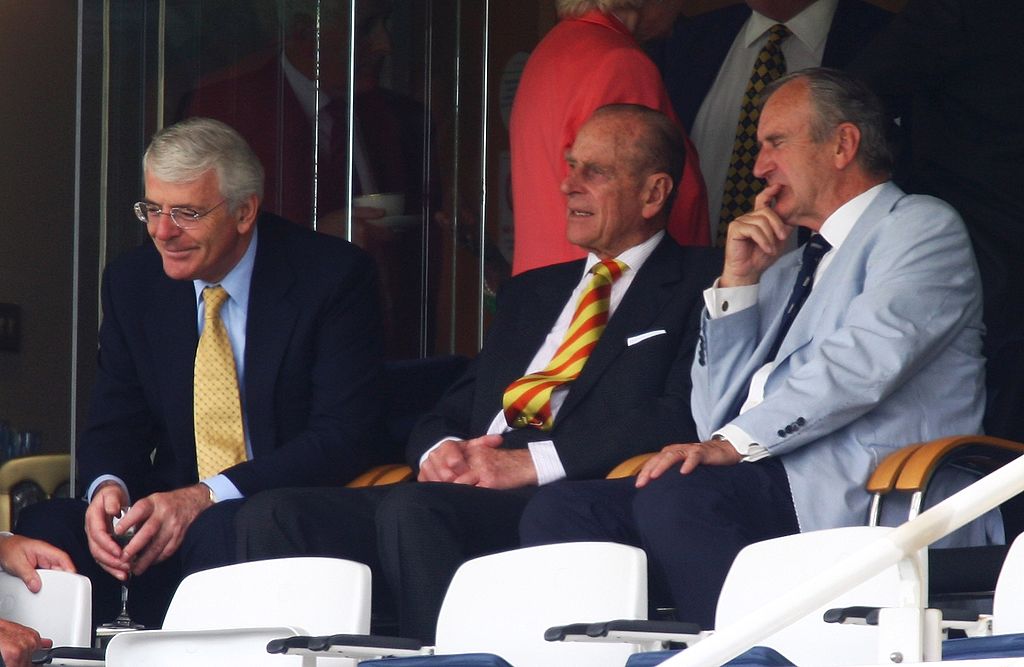 Major is a firm believer in cricket as a powerful vehicle for socio-cultural movements and its ability to inspire positive change on a wider scale. “Cricket had a material part in drawing the commonwealths together,” says the former Conservative leader, who in 2007 released an historical account of cricket titled More Than a Game. “Even if you’re in dispute politically with certain countries, if you’re playing cricket with them there’s a relationship that otherwise wouldn’t exist – and we’ve seen this for 150 years. Cricket is a universal healer – sport is to a certain degree, but cricket is in particular because of the nature of the game.

“You form friendships with people from every part of the world – and that’s valuable. If you know the people you don’t accept the nonsense that is often parodied about them because you see the reality. Cricket is a very positive force for bringing people together.”

A motor accident in Nigeria in 1967 put pay to his playing days, but the 76-year-old has gained much pleasure from the boundary edge. “It gave me a very good reason to be a spectator. Two things have offered me great peace of mind: one is gardening and the other is cricket.”

Major describes Test cricket as “cricket at its purist and highest quality” but has “mixed feelings” about Twenty20, and although The Hundred is “a bit too short” for his liking he remains open-minded. “I don’t wrinkle my nose at any form of cricket that offers enjoyment, entertainment and raises the resources of the wider cricket community,” he says.

“T20 has introduced a lot of people to cricket who otherwise would not have been interested. You come to The Oval on a Friday night for a T20 cricket match and it is jam-packed. The atmosphere is electric and it has raised a good deal of money for the game. What we don’t want to do is allow the short-form of the game to force out the long form. There’s an argument that it will do, but it may just raise the resources to ensure that Test cricket can survive.” 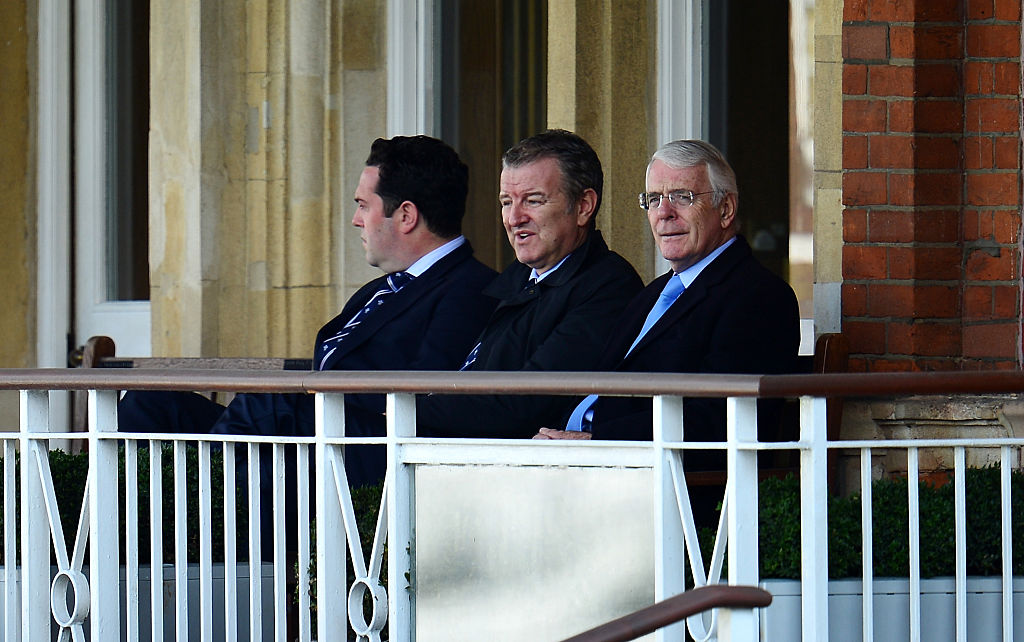 “Test cricket is facing difficulties, but I hope the love of cricket for the shorter form of the game will translate, among young people, an interest in the longer game. We need to encourage that, but we need to sustain longer-form cricket in the meantime.”

Major has strong views on this season’s county cricket calendar and Ashes schedule, and has identified five teams that he believes will battle it out for the ICC Cricket World Cup trophy this summer – a tournament that he feels can unite and arouse the British cricketing public.

“I hope county cricket isn’t going to be shuttled around the way it is this year,” says Major. “We had one County Championship game, now you’re not going to get another one for a long time – the short-form will dominate [the first half of the summer]. Then we’ve got an Ashes series – the peak of cricket anywhere – crammed into five or six weeks in September. I hope that isn’t the future.” 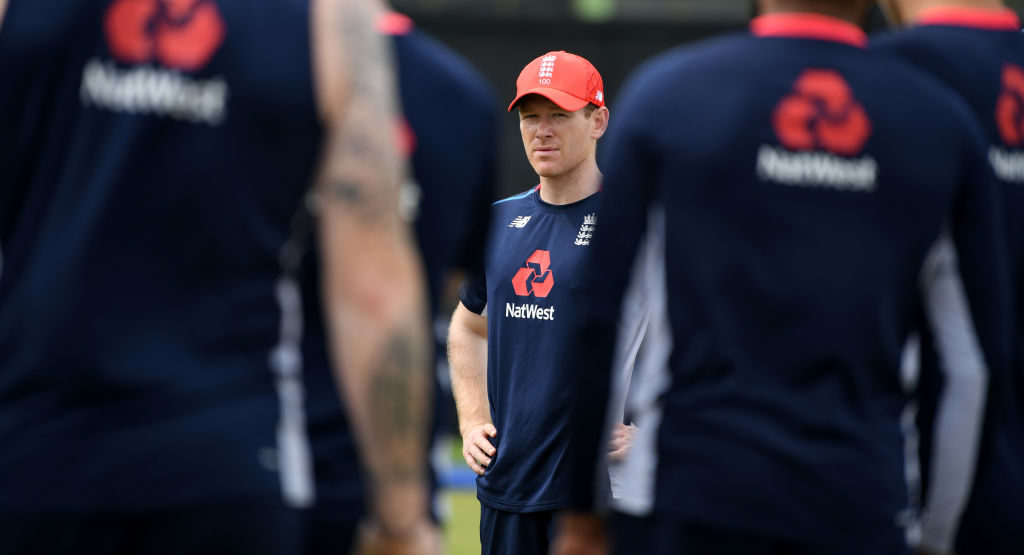 The former Prime Minster believes England have a real chance of lifting the Cricket World Cup, with the tournament hosts launching the competition against South Africa on May 30. The Surrey-born politician isn’t, however, totally trusting of the team’s batting line-up despite England having posted some monster ODI totals in recent years.

“Sometimes for no reason at all they seem to have a team collapse,” he says. “If that happens in the group stage, you can live through that, but if that happens in the knock-out stage [it’s difficult to recover]. They have the talent to win it, but there are other good teams too. New Zealand are steady and stable, Australia are coming back to form, West Indies are a different side compared to a few years ago, and India are superb.”

You can pick up a free ticket from the Grace Gate to watch today’s teams from around 11:30 for the first ever @iStreetChild Cricket World Cup. #LoveLords https://t.co/L2wI5MeJJc

John Major was speaking exclusively to wisden.com at a Street Child Cricket World Cup launch day at The Oval. Wisden is an official media partner of the competition. Follow updates from the finals day on our Twitter channel.