Sussex’s George Garton speaks to Taha Hashim about bouncing back from a disappointing 2018, his all-round talents and his ambition to play Test cricket.

Softly spoken but destructive out in the middle. It’s a label that Jos Buttler has come to be associated by, his ‘f*** it’ mentality with the bat a striking antithesis to his off-field politeness.

From a similar mould is George Garton, the left-arm seamer from Sussex ready to rip your stumps out but shake your hand with real sincerity afterwards.

You’ve probably heard the name before. Garton grabbed headlines when he was called up to England’s senior squad ahead of the 2017/18 Ashes, just nine first-class matches into his career, possessing the prized commodity every side yearns for: blood-curdling pace.

“I got a phone call and within 48 hours I was in Australia in Townsville,” he tells wisden.com. “Everything happened really fast. It was pretty strange to go from my bedroom to sharing a bus with Cooky [Alastair Cook] and Rooty [Joe Root] 48 hours later.” 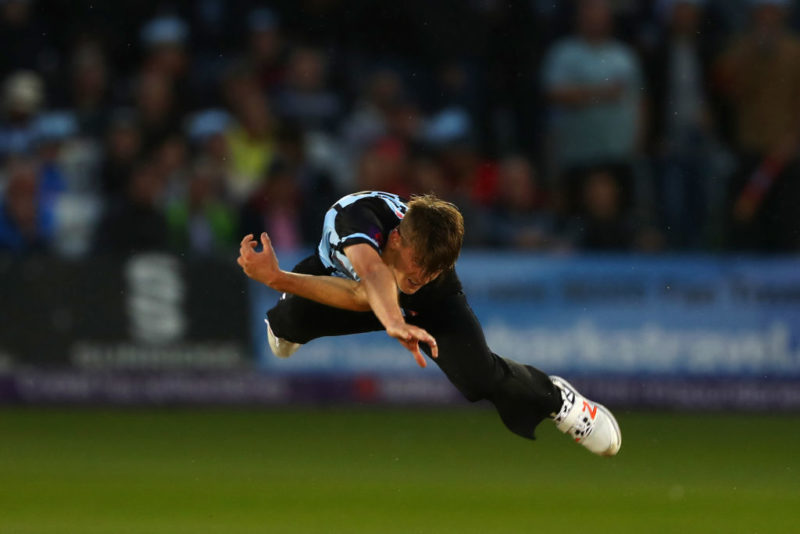 Able to clock speeds that make batsmen wince in discomfort, you don’t have to watch a YouTube showreel to understand that Garton possesses something rather unique. An image of the 22-year-old at the crease will tell you all you need to know.

Arms flailing, feet off the ground, Garton is a whirlwind of a bowler, ready-made for a Patrick Eagar photo shoot, supplemented by the words of Christian Ryan. But, it’s not been smooth sailing for the Brighton-born youngster since his time in the international spotlight.

Garton featured for Sussex in just one Championship fixture in 2018 after he ended his productive winter with an injury that came in most unusual fashion. On his way to joining up with England Lions for their tour of West Indies, a rush to get to a connecting flight in Los Angeles proved to have unfortunate consequences for Garton.

“I ran to the baggage carousel and I pulled a 30kg bag off – obviously too fast – and that’s how I did my side strain,” he says. “It was a pretty freakish injury and one that really sucked, to be honest. I missed a whole tour with the Lions and it did put me on the back foot coming into the season.”

Garton’s summer consequently began with trying to get back to full fitness, and when he did return, much of his time was spent with Sussex Second XI.

“It was the first season that everything hadn’t gone in a straight line upwards. I learnt a lot from last season. It taught me a lot, both on the pitch and off the pitch – attitude wise – how to deal with disappointment and injuries and not being where you want to be and not being able to perform how you want to.”

It doesn’t sound fun does it, going from potential Ashes bolter back to the trials and tribulations of second XI cricket. For Garton, however, like many of those his age finding themselves on a ‘gap yah’, he was able to undergo a process of reinvention. 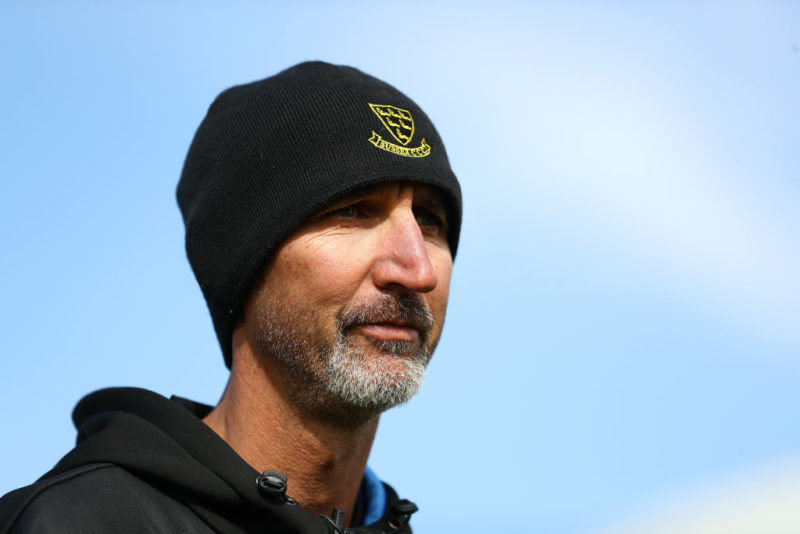 “I was given a lot of opportunity batting in the second team, and it was a great time for me to work a lot on my batting with Yards [Michael Yardy] because I see myself as an all-rounder. It was the first time I had the ability to go out and bat properly and start building that again.

“It certainly wasn’t the season I wanted from the winter I had, but it’s certainly one that in the grand scheme of things has really helped me.” 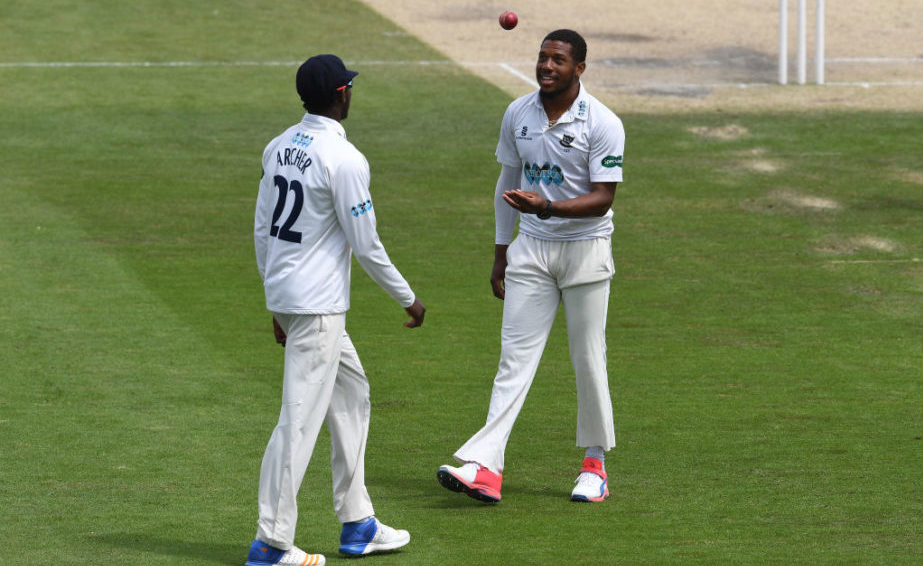 “I see George as an all-rounder and George sees himself as an all-rounder,” said Gillespie at Sussex’s pre-season media day. “He’s working really hard on his consistency on line and length from a bowling point of view, and he’s consistently working on his batting which is coming along really well. For me, I think he’s the best fielder in the country.”

It’s high-level praise from respected authority, and it may well be justified. Last Thursday, Garton hit an 88-ball 117 from No.3 in the batting order for a Sussex & Kent Second XI side against Middlesex Second XI in a one-day friendly game. It followed on from a 27-ball fifty the day before against the same opposition in a three-day fixture.

Nonetheless, Garton has yet to feature in the County Championship this season, and Sussex have plenty of pace options at their disposal; even with Jofra Archer at the IPL, Chris Jordan, David Wiese and overseas recruit Mir Hamza are bowlers of international pedigree, while Ollie Robinson enjoyed an excellent 2018. Garton’s batting prowess could be key to him grabbing a place in the line-up.

And yet, what remains his key selling point is the fact that he is a rare species: a truly fast English bowler. Quietly confident, it’s a title that doesn’t faze Garton.

"Everyone says, ‘You’ve got the pace and bounce and you’re aggressive’, but can I be consistent for a prolonged period of time?"

“You feel an added expectation that people are writing about the potential of myself and the likes of Saqib Mahmood, Josh Tongue and Olly Stone,” he says. “Fast bowlers aren’t that common in England at the moment so anyone that comes up is likely to be written about in the media, and it’s hard with Twitter and social media to not read about things.

“I like to see it as a nice challenge to myself – these people are expecting me to do things, now let’s try and do it.”

And while Garton’s career numbers may not startle – his 24 first-class wickets have come at 39.25 – his ambitions are lofty.

“My aspirations are to play Test cricket. It’s the pinnacle of the game and all the lads around here think that too. First-class cricket is my weakest format and the one I want to improve in the most – just being more consistent around off stump. Everyone says, ‘You’ve got the pace and bounce and you’re aggressive’, but can I be consistent for a prolonged period of time? That’s something I’ve spoken with Dizzy [Gillespie] about and that’s one thing I want to work on.

“Fifty-over cricket and T20s come more naturally to me because of variations and it’s a quicker and faster game so I feel more at home with those two, but I’m definitely looking to push on and make improvements in my red-ball game just as much.”

A call from England may be some way away, but once the talk of Townsville, Garton remains a prospect of intrigue.